When you travel with Uncle Joe 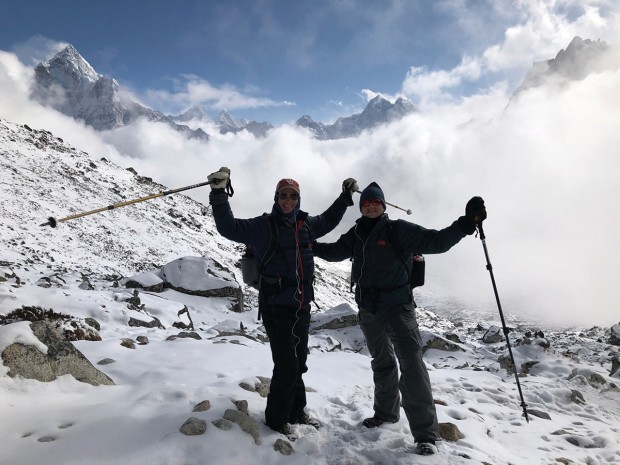 His luggage looked like he was ready for a typical Texan-gone-north ski trip: insulated pants, long johns, down jacket and wool cap. But Kincaid Peckham, a senior at Strake Jesuit, wasn’t headed for Colorado.

Instead, he joined his uncle, Joe Lieber, on a two-week backpacking trek halfway around the world, where they climbed to the south base camp on Mount Everest.

Uncle (and godfather) Joe is an experienced hiker whose adventures include the Patagonia region in South America and Mount Kilimanjaro in Tanzania. Kincaid had done a fair amount of backpacking himself when he spent two weeks hiking the Appalachian Trail with his fellow Eagle Scouts (Troop 354, associated with St. Martin’s Episcopal Church). Joe offered to take his nephew on a special trip, and Kincaid chose the Mount Everest base camp in Nepal. 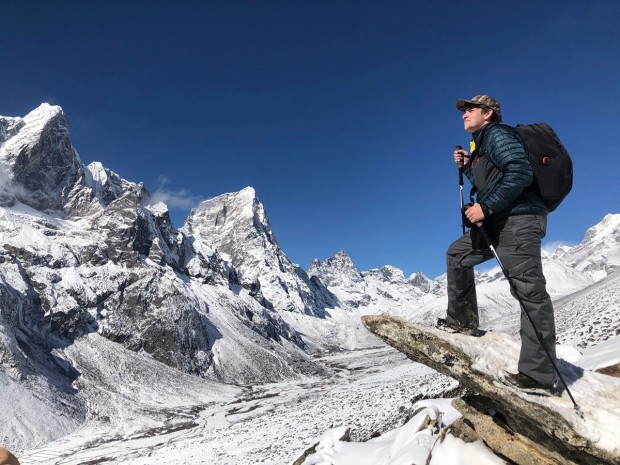 Kincaid Peckham enjoys the view from Mount Everest base camp, celebrating a challenging trek through the Himalayan mountains.

The journey to 17,600 feet above sea level began with a flight from Houston to Dubai, and then to Kathmandu and, finally, the small Nepali town of Lukla, which the Travel Channel has dubbed the most dangerous airport in the world. “My parents were a little concerned about me flying to Lukla,” Kincaid said with a bit of a laugh. Lukla’s runway is so short that it slants uphill to help planes slow down and not end up on the side of a mountain. “It’s a scary landing,” he said.

Trekking to and from base camp takes about a week and a half. It’s a popular bucket-list destination for adventurous types, but many who attempt the climb are unable to complete the strenuous trip, with often-challenging weather conditions. The altitude alone is enough of a deterrent for many people. 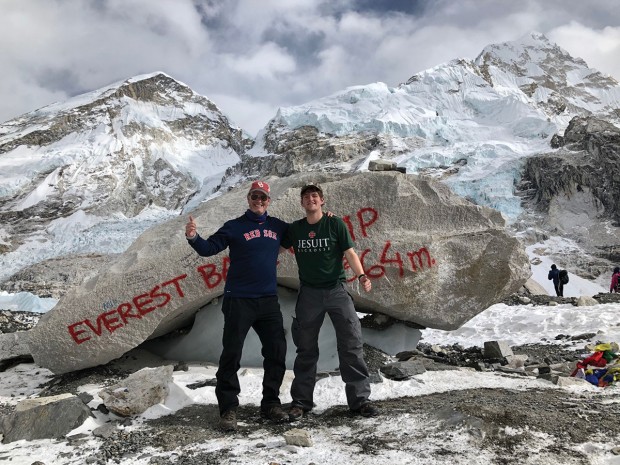 With a professional guide leading the way, Kincaid and Joe left Lukla and set off for base camp with layers of clothing, sleeping bags and Kincaid’s favorite Mars candy bars. They were with a group of five hikers along with three porters and their guide. “When we checked the weather forecast, the range was from negative 7 degrees to 7 degrees above zero,” Kincaid said. They slept in their layers of hiking clothes and placed water bottles full of boiling water inside their sleeping bags each night. “We were cold the whole time,” he said.

They stayed in “tea houses” along the way, which are far less hospitable than the name implies. “The tea houses are extremely basic. They are made of plywood, with no insulation, and pretty much only protect you from snow, rain and wind,” Joe said. There is a dining area in each tea house with a wood stove that guests gather around each night to warm up. “When the fire goes out around 9 p.m., everyone goes to bed.”

One of the biggest challenges of the hike is dealing with the lack of oxygen at the high elevation. “The air getting thinner affected me right away since we came from sea level. Even on the first day I could feel it,” said Kincaid. He started out trying to do too much, too fast, and struggled with being out of breath. Then, he slowed down so his body could keep up with the amount of oxygen, and things became manageable. “As soon as I slowed down I was able to do it. Your body has to adjust.” Joe says maintaining a slow pace is the best strategy. “There’s a Swahili expression ‘pole, pole,’ which means ‘slowly, slowly,” he said. 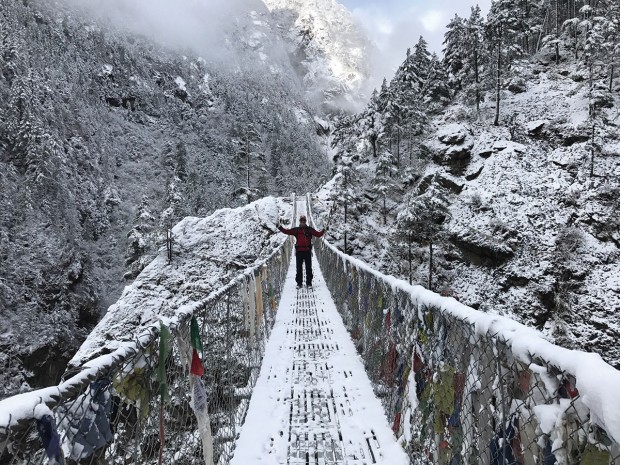 The journey to Mount Everest base camp was a multi-day adventure, including crossing a snow-covered bridge over the mountain terrain.

After days of snowy conditions, primitive shelter and food they described as “awful,” Kincaid and Joe reached their destination. The final steps of the trek took them along the Khumbu Glacier, surrounded by Himalayan mountains and rockslides from previous avalanches. Because it was the off season, they saw only about two dozen other hikers at base camp, and each took turns posing for photos at the iconic rock marker. After enjoying the scenery, catching their breath and speaking with some Russian hikers who were attempting to summit Mount Everest, the group began the descent back to Lukla.

Kincaid arrived home in Houston on a Monday night at 11 p.m. His parents, Veronica and Charles Peckham, picked him up at the airport, and they drove straight to Whataburger. Despite exhaustion and jet lag, Kincaid went back to school the next morning, although he says he wasn’t very productive in class.

“I think I might do it again, or at least go on another trip like this one,” said Kincaid. “It’s the coolest thing I’ve ever done.”