'The Review' Plans to Attend CSPA, Conference Canceled due to Coronavirus 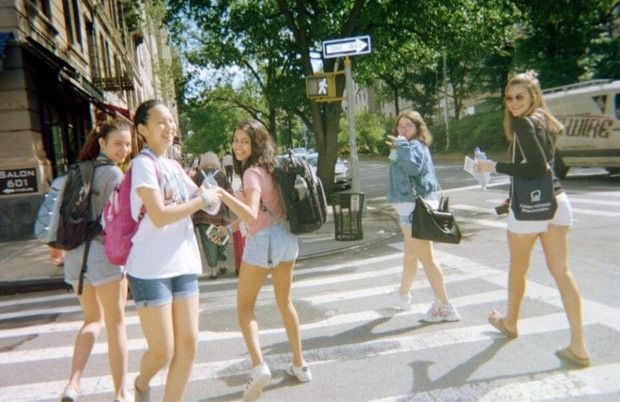 The Review editors at CSPA in summer 2019 in New York.

After weeks of waiting to attend the 96th Annual Spring Convention, four St. John’s students received an email detailing the cancellation of this event.

On March 18-March 20, four members of the St. John’s School The Review newspaper planned on attending the Columbia Scholastic Press Association (CSPA) 96th annual Spring Convention in New York. Juniors Grace Randall and Noura Jabir and sophomores Ella West and I would have travelled on March 17 to learn editorial leadership skills and collaborate with future leaders of the school newspaper. Faculty adviser David Nathan and Upper School History teacher Gara Johnson-West, who is also the mother of Ella, would have accompanied the four students to New York.

CSPA is an association that strives to unite students and faculty advisers from various schools and colleges all over the world through journalism. The four students would have attended various sessions, workshops, conventions and contests to learn various aspects of journalism: reporting, editing, writing and planning.

Executive director of the CSPA Edmund Sullivan noted in the email sent out to the attendees that in consideration of coronavirus guidelines, the decision was made to cancel the convention.

“The continued health of our student and faculty attendees, as well as Columbia staff, is our paramount concern,” Sullivan said in his email.

For Randall, she had initially scanned the email regarding the cancellation since it looked like another college email spamming her inbox. But, an hour later, Nathan broke the news to the group who was planning on attending. The four students were extremely disappointed in the cancellation.

“I was supposed to go to CSPA earlier in the year, but had a horrific concussion that left me out of school for several weeks so I missed it,” West said. “This was my chance to get the experience and knowledge that comes from attending CSPA.”

Similar to Ella, I had not been able to attend the convention earlier in the year due to a field hockey tournament. I was really looking forward to the trip and the opportunity to immerse myself into journalism even more as I was an online editor this year. In addition to attending CSPA, we were also planning on touring Columbia University and watching the Broadway musical Six. I understand why they decided to cancel the convention, and I hope to one day be able to attend it.