A Spoonful of Comfort: Soups Galore

Soups are the ultimate comfort food, and we could all use a soothing spoonful of savory deliciousness as we take in the chaos around us.

Here’s a list of some of our favorite soups, all available for pick-up or dine-in at local restaurants and grocery stores.

Central Market’s Chicken Harvest Noodle Soup
3815 Westheimer Rd.
This is my go-to soup for when I’m not feeling well. It’s made from scratch, packed with fresh chicken and veggies, and always soothing.

H.S. Green’s Butternut Squash Soup
5092 Richmond Ave.
This fast-casual salad joint serves up farm-to-table bites. One of our favorite items on the menu is the butternut squash soup.

Huynh’s Pho
912 St. Emanuel St.
Huynh’s is homestyle Vietnamese food at its finest. They offer both regular and large-sized bowls of the traditional rice noodle soup in an aromatic homemade beef broth.

Kenny & Ziggy’s Matzah Ball Soup
Locations in Galleria Area and West University
Kenny & Ziggy’s is a traditional New York deli right in the heart of Houston. There’s nothing like a bowl of their matzah ball soup, which, by the way, was featured on the Food Network’s Diners, Drive Ins and Dives.

La Madeleine’s Tomato Basil Soup
Multiple locations across Houston
This is by far the best tomato basil soup around. It’s rich and creamy and packed with flavor. Perfect for a hearty lunch or on a chilly night. Le Madeleine even sells jars of this popular soup in all of their branches.

Paulie’s Cream of Mushroom Soup
1834 Westheimer Rd.
This authentic neighborhood Italian spot has several soups on their menu, including gazpacho, tomato basil and vegetable. You can’t go wrong with any of them, but we love the decadent cream of mushroom.

Saltillo’s Caldo de Pollo
5427 Bissonnet St.
Saltillo might be known mostly for their steaks, but diners also do well with their caldo de pollo, an authentic Mexican home-style chicken and vegetable soup. If you’re looking for something spicier, try their tortilla soup, served with fried tortilla chips, queso fresco and crunchy cascabel peppers.

Soma Sushi’s Ramen
4820 Washington Ave.
This traditional Japanese noodle dish, based in a variety of broths and with a variety of toppings, is both filling and delicious. Try out Soma Sushi for a 16 oz. bowl of this tasty dish. Buzz associate editor Jordan Magaziner Steinfeld highly recommends their flavorful “Texas Ramen.”

Tamales Don Pepe’s Caldo de Pollo
2816 Link Valley
Tamales Don Pepe is a hidden gem that has become a favorite among the Buzz editorial team. Whenever we’re in need of a quick and homestyle lunch, we head over and get a big bowl of their chicken soup. It’s packed with tasty white meat and juicy carrots.

Thai Bistro’s Tom Yum Soup
Locations in West University and Royal Oaks
I often say that you can measure the quality of a Thai restaurant by the taste of their tom yum soup, and Thai Bistro’s is impeccable. This soup is spicy, based in a lime-lemongrass broth filled with shrimps, mushrooms, tomatoes, onions, fresh cilantro and seasoned with Thai herbs and spices.

Zoe’s Kitchen’s Chicken and Orzo Soup
Multiple locations across Houston
We love Zoe’s Kitchen’s take on this classic dish. They add orzo and a hint of lemon to chicken noodle soup and serve it with pita. 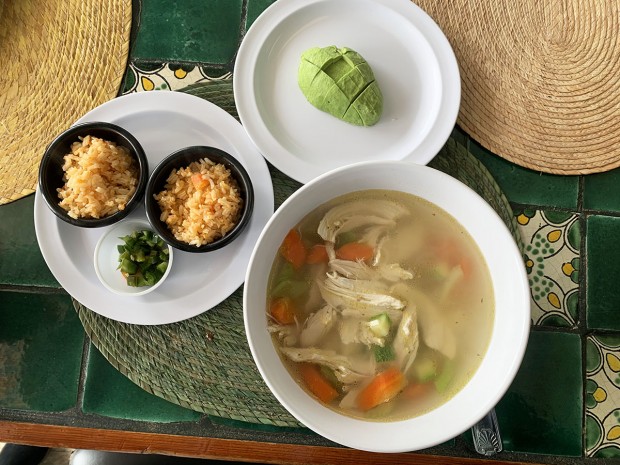 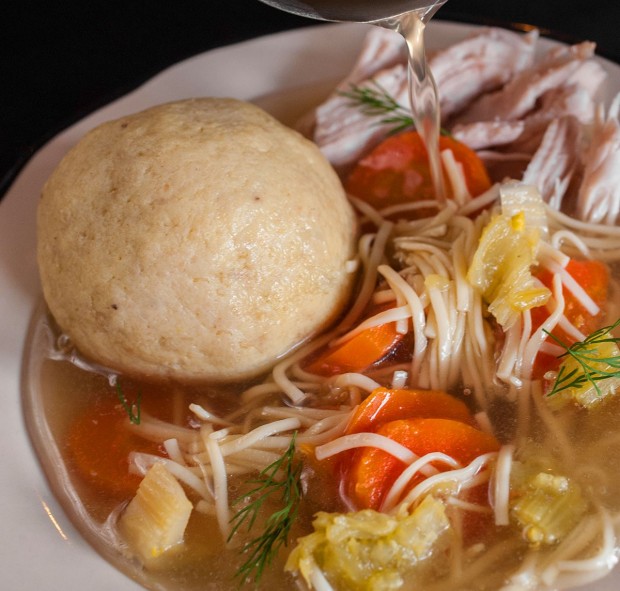 Nothing like a bowl of matzoh ball soup from Kenny & Ziggy’s. (Photo: Debora Smail) 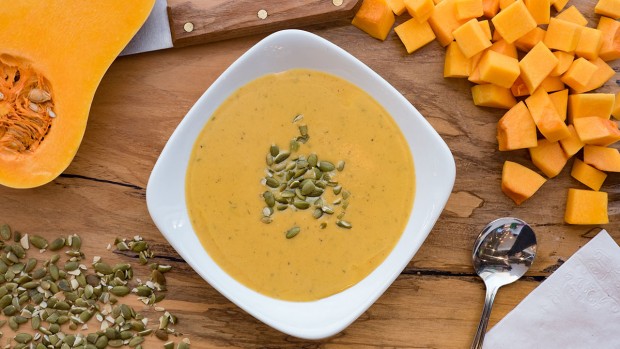 Pictured here is the butternut squash soup from H.S. Green. 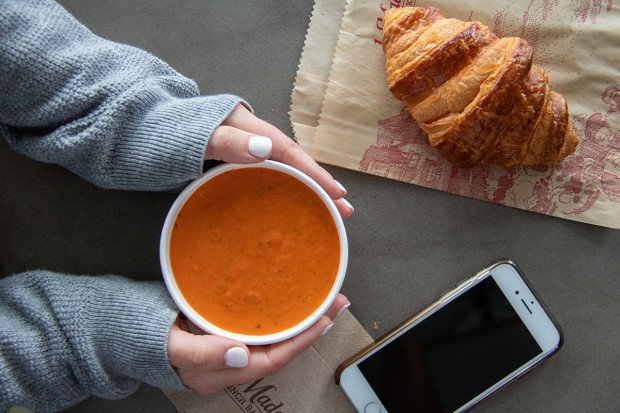 This tomato basil soup is a hit at Le Madeleine. (Photo: @lamadeleinecafe) 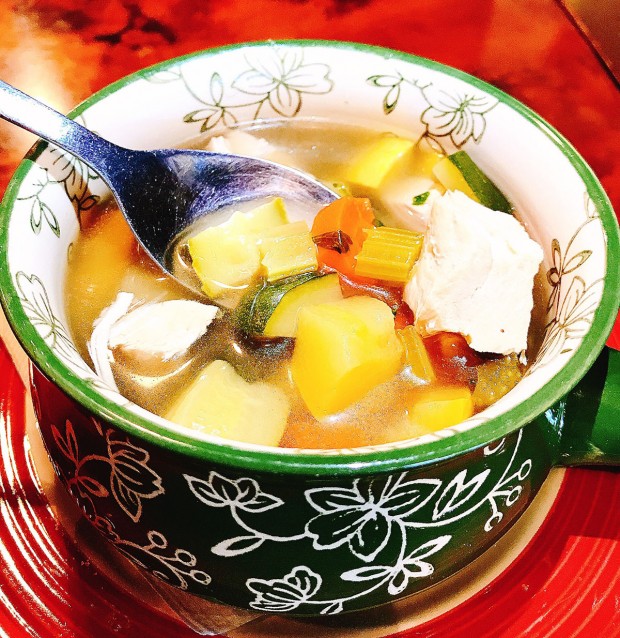 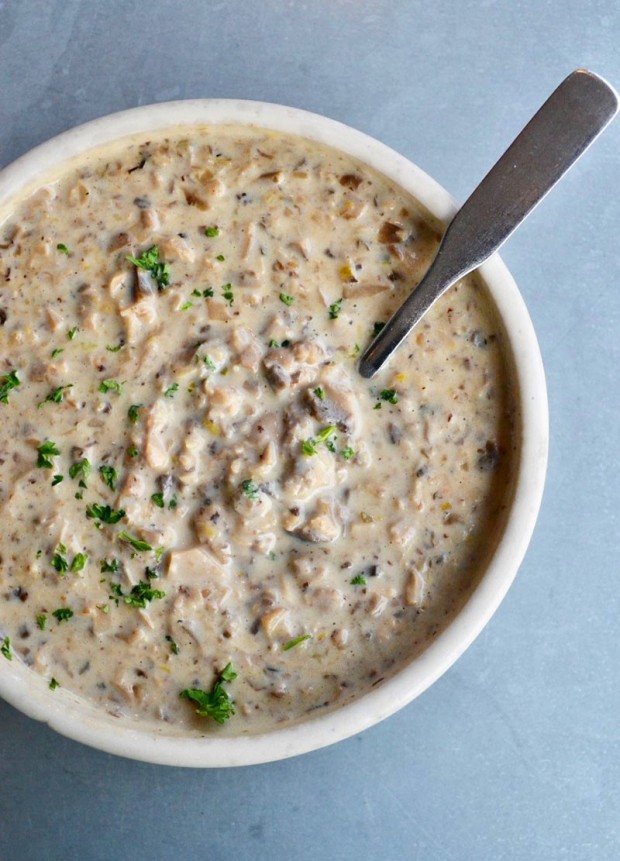 Paulie’s has various soups on their menu, including this decadent cream of mushroom. (Photo: Paulie’s)