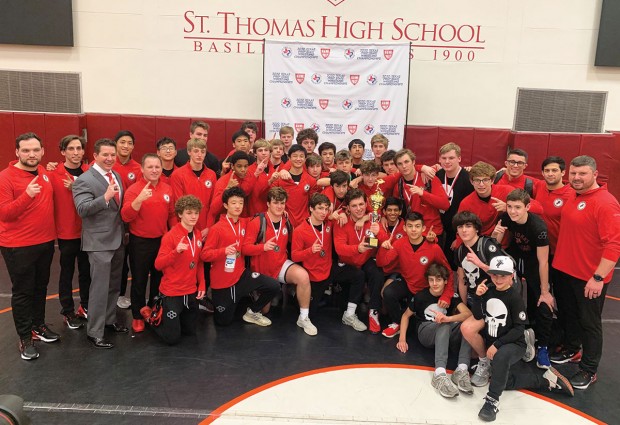 DOMINANT ON THE MAT The St. John’s Mavericks are Texas Prep state wrestling champions for the third time in the last four years. They also won their second Texas Dual Prep championship.

With their third Texas Prep State Wrestling Championship in the last four years, the St. John’s Mavericks are a dynasty in the making in the world of high school wrestling.

“This year’s state championship was quite unique in that all 14 of our wrestlers scored significant points. It was the ultimate total team effort,” said St. John’s wrestling coach Alan Paul.

“I’d say we also have one of the best coaching staffs in the country,” said Paul. “Alberto Rodriguez was a Cuban Olympian and former world champion. Plus, we have multiple NCAA All-American wrestlers on our staff. Also, our middle school coach, Jeb Ligums, is hands-down the best middle school coach in the state. Add to the mix our youth wrestling program and support from the parents and administration, and we’ve created a blueprint for success that I think is unmatched.” 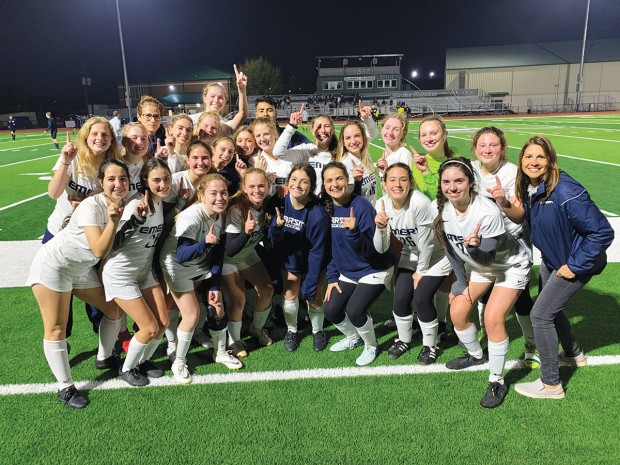 In girls’ soccer, the Emery/Weiner School Jaguars made school history by winning their first ever district championship. In the TAPPS 7-6A district championship game versus Cypress Christian, sophomore forward Sophia Atkins and freshman forward Willa Berry each scored a goal in the ultimate 2-1 victory. “We set out a goal this season to win district, and we did it,” said Jaguars soccer coach Heather Williams.

Williams credited the Jaguars’ defense for leading the way to the Jaguars’ historic district championship. “Avery Rubenstein and Tomer Oren are my senior captains and two leaders on the back line. They do great work back there. Also, Natalie Hampton is a freshman defender who’s been a difference maker, and junior Simone Newar controls the mid-field and has been great all season. The chemistry of our entire team has been very positive. These girls have a good work ethic and grind it out every single day.” 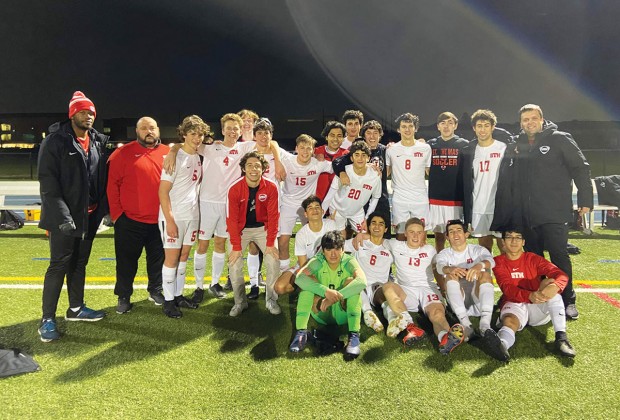 TRIFECTA For the third season in a row, the St. Thomas Eagles won the TAPPS 4-6A district championship in boys’ soccer. The Eagles closed out the regular season with a 23-2-1 record.

For the third straight year, the St. Thomas Eagles are the TAPPS 4-6A district champions. The Eagles, who advanced to the state finals two years ago and then the state semifinals last season, finished the regular season with an impressive 23-2-1 record.

We’ve got five guys who are all in double digits in scoring, which is pretty phenomenal,” said Eagles head soccer coach Kenny Martin. “Alex Rivero leads the way with 21 goals, which is especially amazing since he’s missed part of the season with an injury.” Other top scorers include Pablo Tager (15 goals), Nico Prioli (13 goals), David Steffes (12 goals) and Santiago Labarthe (12 goals).

On the flip side, the St. Thomas defense has also been outstanding, with 16 shutouts in 26 games. “Our goalkeeper Robert Vara has been tremendous all season,” said Martin. “The really big thing about this team is our consistency. We’ve gotten better and better as the year has progressed.” 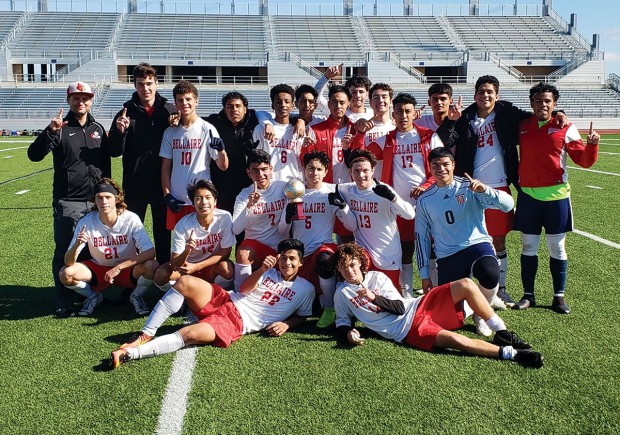 TOURNAMENT CHAMPS The Bellaire Cardinals kicked off the season in impressive fashion with their championship victory at the Clear Creek ISD soccer tournament.

The Bellaire Cardinals boys’ soccer team was off and running to a terrific start to the season with its championship in the Clear Creek Soccer Tournament. The Cardinals won the first three games of the tournament before defeating host Clear Creek 2-0 for the tournament championship. “It was a strong 24-team field, so we were extremely excited to come out on top,” said Cardinals soccer coach Jeremy Rodgers. “It was exactly the kind of momentum we wanted to build on to start district play.”

The momentum certainly carried over into district for the Cardinals, with a thrilling shootout victory over the rival Lamar Texans. “We were co-district champions last year, and a lot of our guys are off to great starts this season,” said Rodgers. The Cardinals are paced by senior striker Danny Ramirez, who leads the team in goals and will play college soccer at the University of St. Thomas. The Cardinals’ brothers’ tandem of Alex and Julio Coreas will play collegiately at Gulf Coast College. Rogers also had high praise for the strong play of junior midfielder Jake Loor.