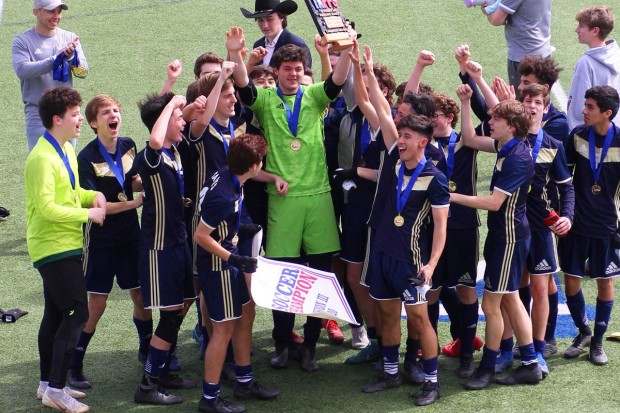 The St. Thomas’ Episcopal Boys’ Soccer team made history on Saturday, Feb.  23, 2020 when they won for the second year in a row the TAPPS Division III state championship with a narrow win against Dallas’ Covenant School (1-0). Early in the game, senior Sam Jones scored the only goal in the game for the Saints. The Saints’ robust defense held the lead along with the help of several timely saves by senior goalkeeper, Greyson Brewer.

Jack Riley Campbell, senior at St. Thomas’ Episcopal, helped lead the STE boys’ soccer team back to the state championships as team captain. “I think it was cool that I was senior and got to make history in my school with my team, my family,” Jack said. This achievement wasn’t without hard work. Jack has played soccer for fifteen years prior to state championships and is enjoying his last year of soccer as a senior and team captain. He typically plays center midfield or center back, but moves to defense as needed. The advice Jack would give to a younger player would be to work hard, be a leader, and ask questions to the older kids around you. Jack wanted to make a difference on the team during his years in STE soccer and he did by stepping up and being a leader for the team. 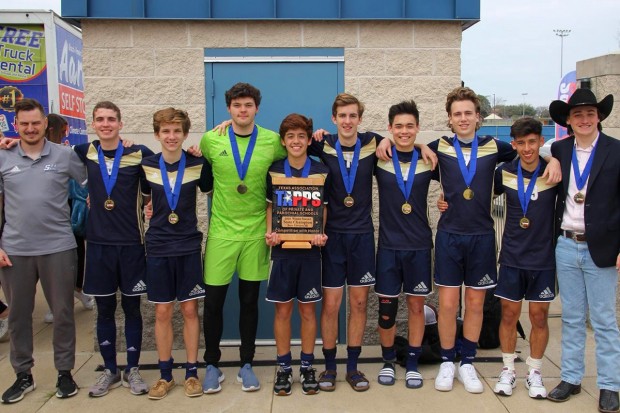 Sam Jones scored the winning and only goal, which secured the state championship. “It felt surreal, because I am not typically a goal scorer,” Sam said. He plays center midfield for the STE soccer team. Sam has been playing soccer for ten years, building up to the state championships his senior year. He saw this win as a good way to end off this soccer season, as this is his last year playing soccer. His advice to a younger player would be to listen to and respect the coach and have a conversation with him if you disagree with him.

Congratulations to the boys’ soccer team for this exciting win and a great season!