Kids across Buzz area neighborhoods found a special surprise waiting for them Monday morning as they stepped outside for their daily social distancing family walk. The night before, neighbors tucked teddy bears of all shapes and sizes in their front windows to greet kids when they stepped out for some fresh air and fun in their neighborhood.

Southdale resident Jessica Laviage, a former third-grade teacher at The Shlenker School, set the plan in motion in her own neighborhood, and in West University and Bellaire on Saturday night, creating a unique Teddy Bear Hunt. Residents in Meyerland also displayed bears in their front windows.

The hunt is a way to keep kids safely engaged during time spent outside at a time when many local residents are practicing social distancing and sticking close to home.

Laviage was inspired by her sister who told her about her own St. Patrick’s Day neighborhood activity in Austin, where residents tacked four-leaf clovers to their doors for kids to count. Laviage’s mother also shared news about parents outside of Houston who set up a Teddy Bear Hunt in their own neighborhood inspired by the children’s book We’re Going on a Bear Hunt by Michael Rosen and Helen Oxenbury. Laviage wanted to put her own spin on the hunt. 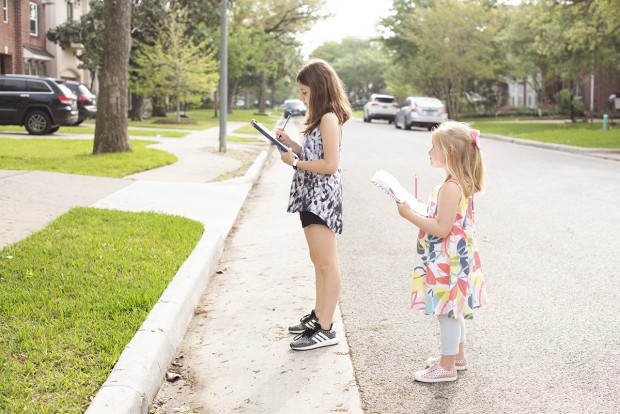 Sunday night, Laviage created a form she sent to parents noting streets where bears would be. Kids, including Laviage’s daughters Mia, 9, and Charlotte, 5, took to the streets carrying clipboards and pencils tallying the bears they saw while keeping their distance from neighbors.

“This is in their neighborhood,” Laviage says. “It’s local, it’s personal, and they can see all of their friends’ bears.”

Laviage also sent parents ideas for additional bear-related activities -kids could graph the bears they found, write a news article about a bear found wandering the neighborhood, write math word problems using a bear theme or even write a poem. She hopes to hold additional events in the coming weeks, next time possibly with a rainbow theme, which families in other communities across the country have done.

“It gives kids purpose,” Laviage says. “There’s a goal, and they might actually want to stay outside for longer.” Organizing the Teddy Bear Hunt has also been good for Laviage. “It gives me purpose too,” she says, “and joy.” 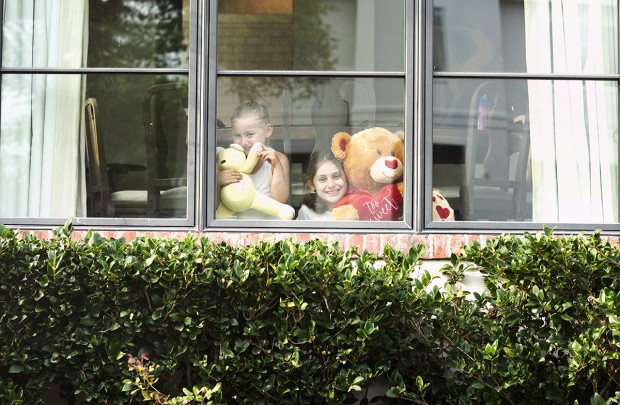 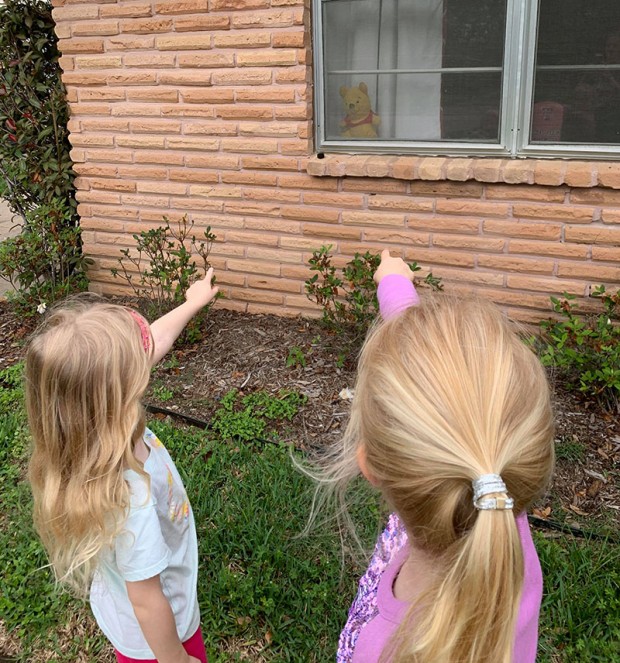 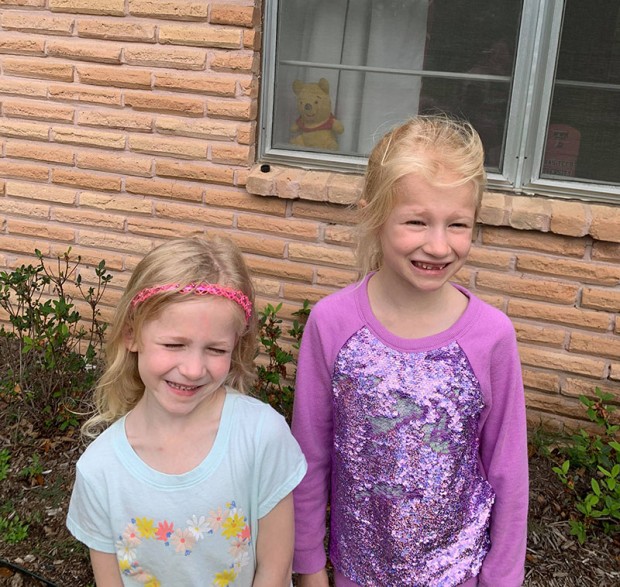 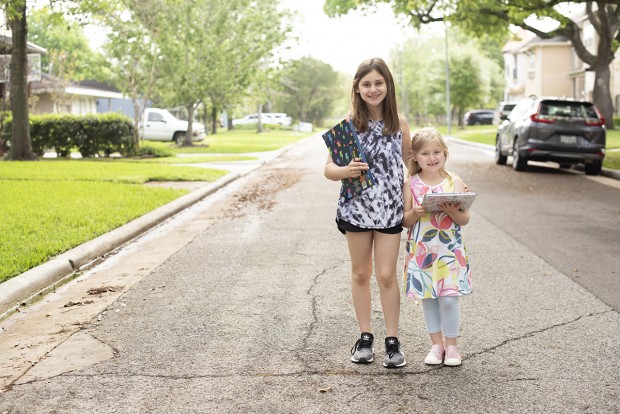 Sisters Mia and Charlotte Laviage scouted the neighborhood to count all the bears in neighbors' windows. (Photo: Jessica Laviage) 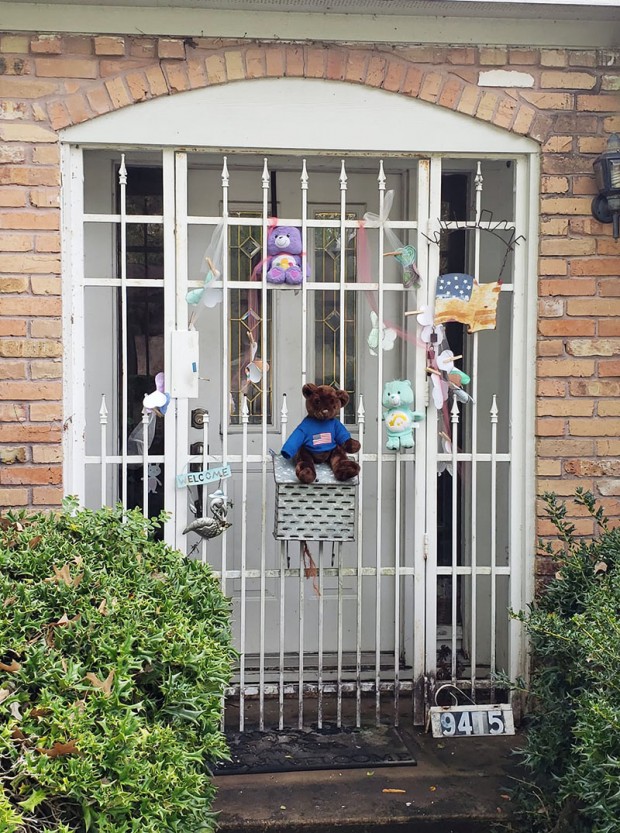 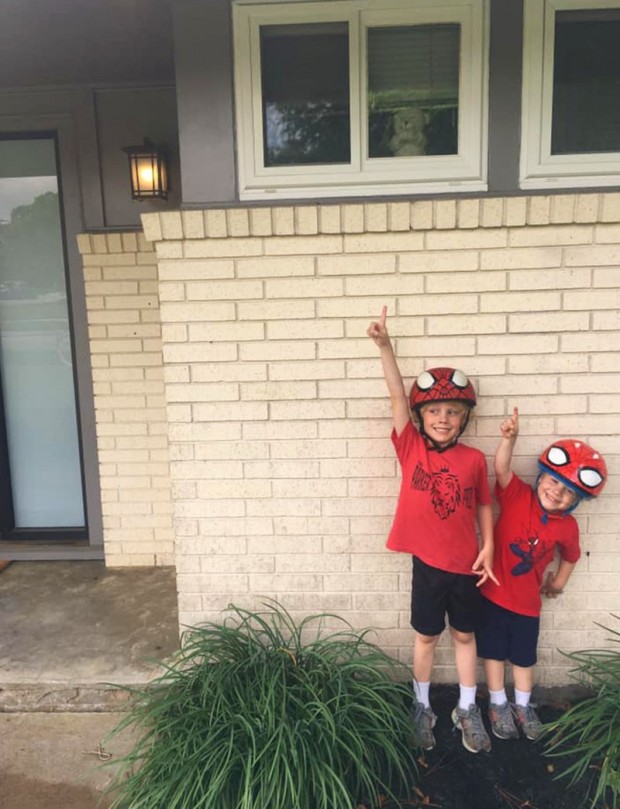 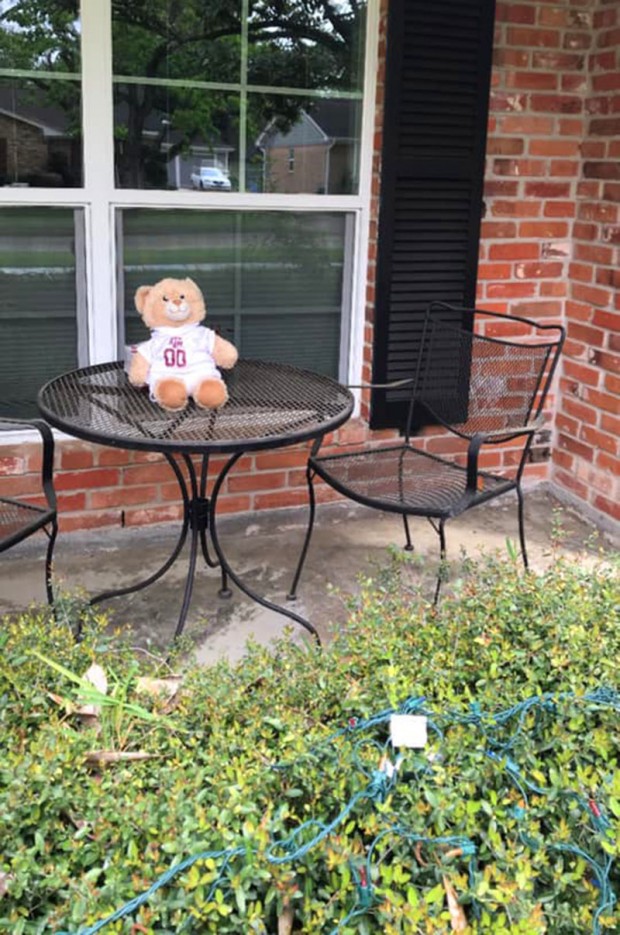 Heather Stancel and her son, Georgie, 7, placed a special bear in front of their house. 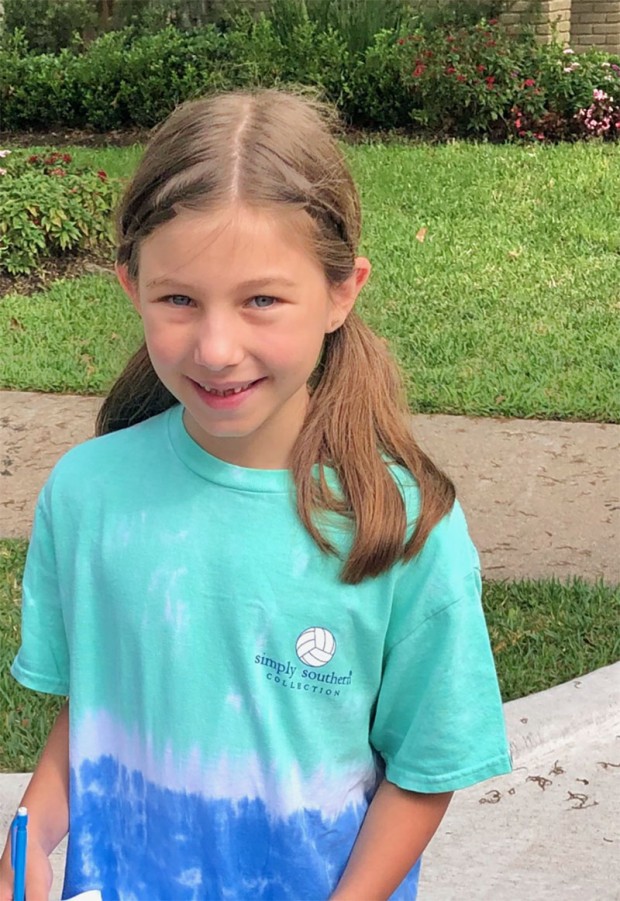 Millie Feldman, 8 (pictured), and her brother Grant, enjoyed spotting friends (while staying a safe distance away from each other) on the hunt for teddy bears. 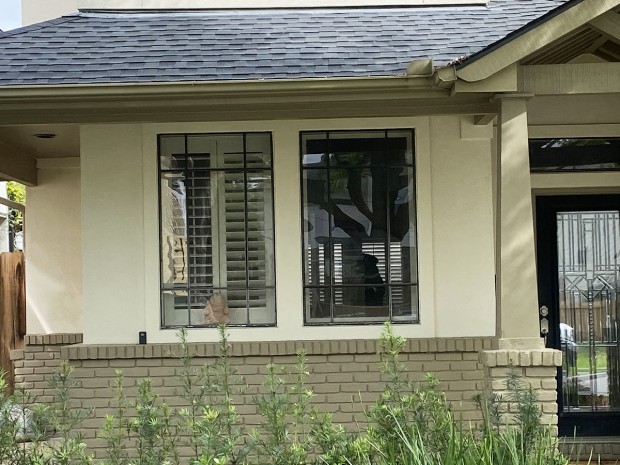 Bearie - and canine friend George - on the lookout for "teddy bear hunters" from Lisa and Michael Friedlander's home.

9:00 am to 5:00 pm
Location:
The Brookwood Community
END_OF_DOCUMENT_TOKEN_TO_BE_REPLACED