After nearly a decade in the making, Zoa Moroccan Kitchen, a fast-casual restaurant offering Moroccan street food, has officially opened its doors.

Located at 4710 Lillian St. in the Rice Military neighborhood, the counter-serve spot has been an idea restaurateur Youssef Nafaa has been mulling over for nine years. Youssef, the president and CEO of Houston-based Bella Restaurant Group, says the venture is a testament to his childhood experiences in Morocco and to the fresh ingredients today’s consumers are demanding. 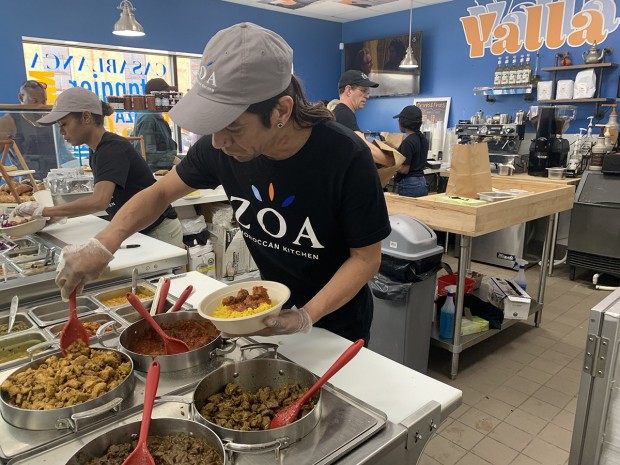 “After 30 years in this business, I just wanted to open something simple with fresh ingredients,” Youssef said on Tuesday, amid the frenzy of opening-day bustle at Zoa. “I wanted it to be something close to home, with some of my mom’s recipes.”

Youssef’s personal touch on the roughly 600-square-foot restaurant is evident in all aspects of the space, from the photos on the ceiling tiles depicting Youssef’s hometown, to the mosaic pattern on the exterior walls, to the name of the restaurant. “Zoa” pulls the first letter from each of Youssef’s three children’s names: Zach, Omar and Adam.

The restaurant’s offerings resemble a Mediterranean-style Chipotle, where patrons can create their own healthy bowls on a bed of saffron rice, lentils, couscous, white beans or greens. They then choose a protein from a selection including beef tagine, lamb meshwi, chicken chermoula and potato cake, plus a range of dips like hummus and toppings and sauces such as spicy harissa sauce. Pitas are also an option as a base, and both vegan and gluten-free menu items are offered as well. Everything on the menu is priced under $10. 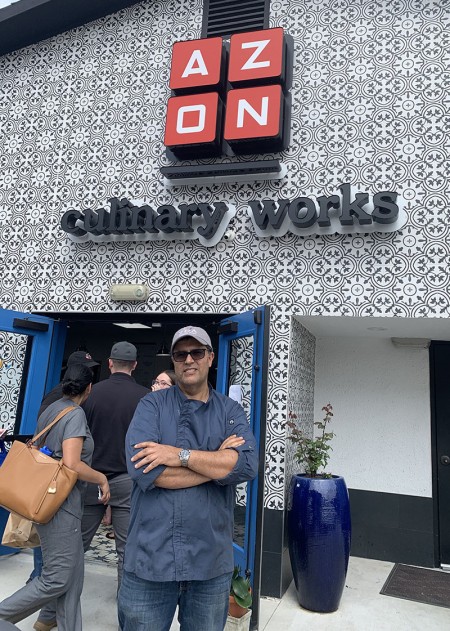 Morocco-born Youssef Nafaa has been developing his idea for Zoa for about nine years. (Photo: Pooja Salhotra)

“There’s something here for everyone,” says Youssef, whose other restaurants include CoCo Crepes, Mia Bella Trattoria and Andalucia Tapas Restaurant and Bar. “Literally you could have a different meal here every day just creating your own bowl. Nothing you eat here is boring.”

Youssef says that Zoa Moroccan Kitchen is the first of a larger portfolio of international fast-casual restaurants that will become part of the Zoa brand. He says his goal is to launch a slew of other similar concepts, such as Zoa Sushi, Zoa Tacos and Zoa Greek Kitchen, to offer customers affordable and healthy bowls with different flavors.

Zoa also offers an employee investment program, explained Zoa Marketing Manager Brian McKenney. Through that program, a portion of profits go into employee development, with the goal of ultimately preparing employees to launch their own Zoa restaurant.

“We’re trying to give people a chance to be a part of the American Dream,” says Brian. 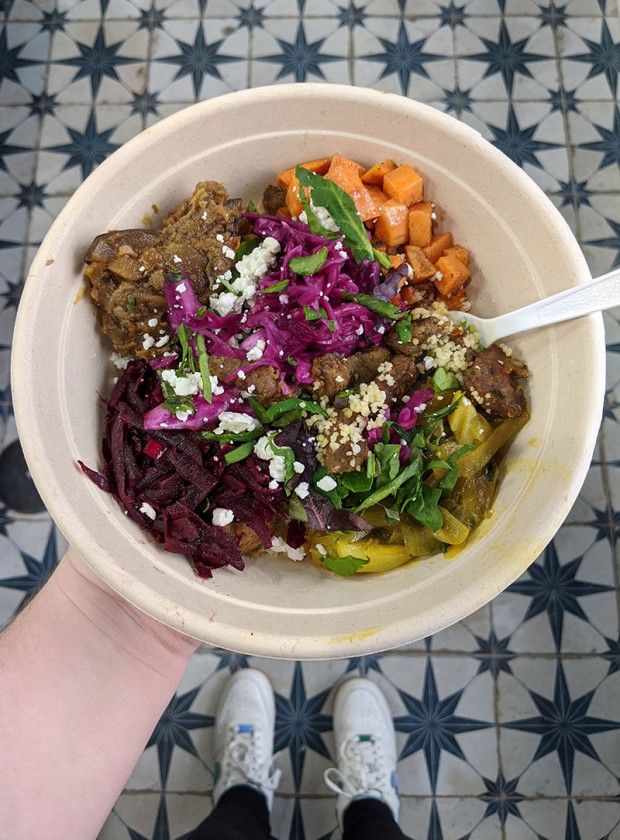 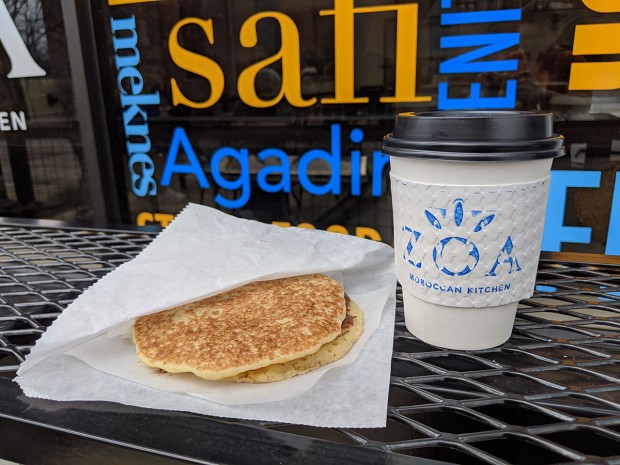 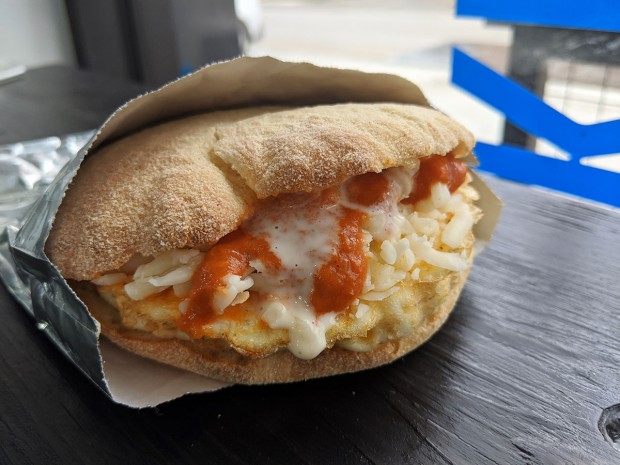 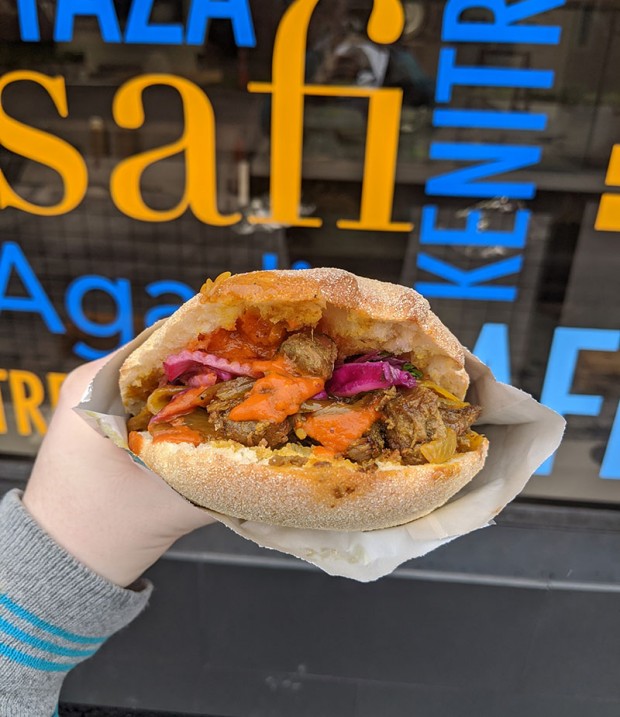 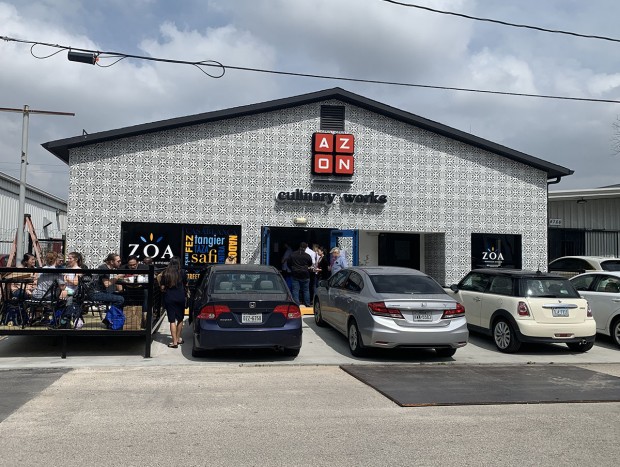