During these uncertain times, witnessing a positive event can truly feel like a breath of fresh rejuvenating air.

Last Tuesday, I took my three older kids to ride bikes around a nearby track. As I was loading their bikes into my car, I heard a faint meow coming from somewhere; I just couldn’t pinpoint from where. It sounded like it was coming out of the ground, so I walked over and heard the sound coming out of a narrow cleanout pipe opening on the side of the street. It was very clear that there was a trapped kitten inside the pipe, but it was so far back I couldn’t see it. I returned with cat food and used my phone flashlight but couldn’t see the kitten as it was too far back into the pipe.

I posted on a local Facebook group and shared the intersection in a desperate effort to save this little kitten. I had to get my kids home but didn’t want to leave the kitten. Not long after, a few neighbors who saw my post showed up to help. One of the group’s members, Laura Elizabeth Stein, who works for the Houston Professional Fire Fighters Association, was tagged in my post. She stepped in to help and called in some professionals – our very own Houston Fire Department.

Nearby Houston Fire Station 78 showed up to see if they could free the trapped kitten. However, by that time, he wasn’t making a peep and we all thought he had escaped. Everyone left hoping he had escaped on his own.

The following day around lunch, I went back with my kids to the exact same spot for another bike ride. Naturally, they were asking about the kitten, so we walked over and, sure enough, there was that soft meow again. The poor kitten had been stuck in that tiny pipe for who knows how long (probably longer than those 24 hours).

Without hesitation, Houston Fire Station 78 came out yet again. They immediately got to work and worked tirelessly to come up with a plan to free the trapped kitten. The neighbors who lived near the intersection walked outside and gave access to their backyard so they could blow air into the pipe, clearing the debris and leaves that were trapping the kitten. One firefighter was on the ground, covered in leaves and sticks and “meowing” at the kitten.

It worked. Everyone watching was on pins and needles. The air pushed the kitty out and he was successfully freed from the pipe. It was an extremely happy ending but also with a bittersweet twist. The kitten, who was small and black with blue eyes, was frightened. He unexpectedly bolted faster than anyone could catch him into a large gutter.

Everyone was heartbroken but relieved he was out of the tiny pipe where he couldn’t move. One of the firefighters was even ready to adopt him. The firefighters saved this little kitten’s life through their persistent efforts.
Despite these stressful times, the fact that the community immediately came together to help rescue a kitten was such a heartwarming experience. 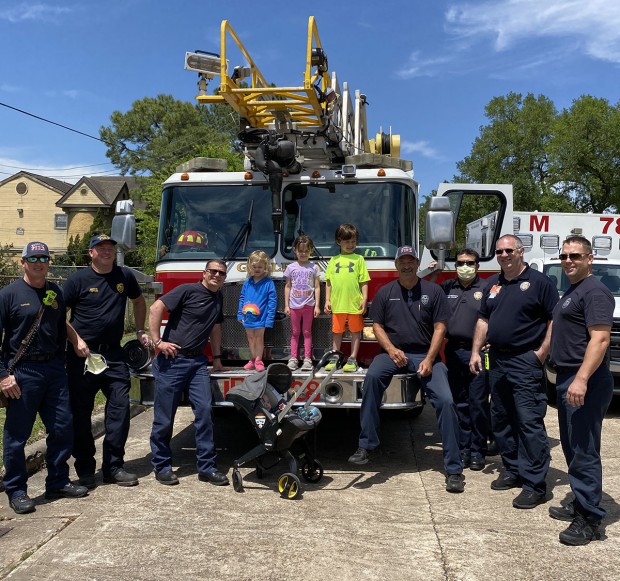 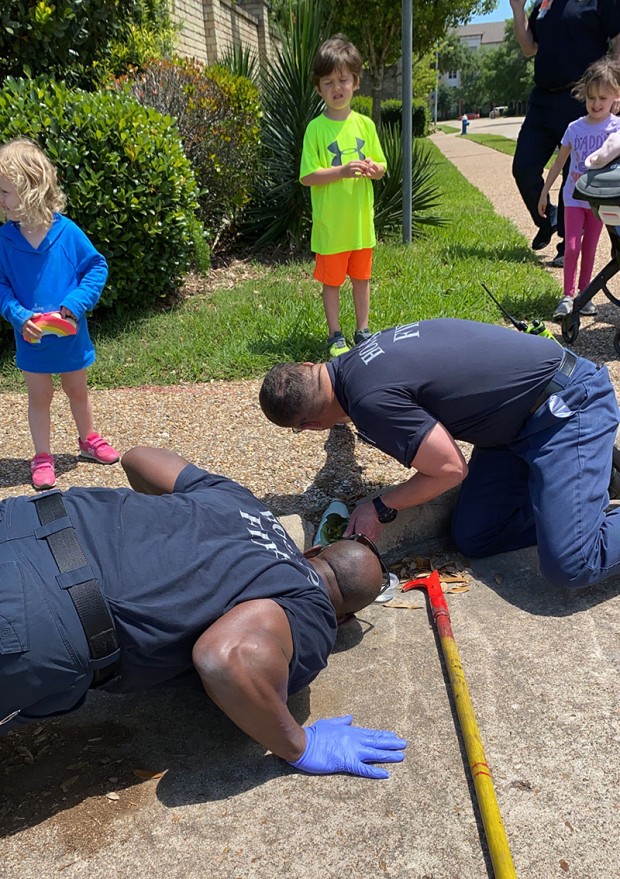 Firefighters from Houston Fire Station 78 worked tirelessly to come up with a plan to free the trapped kitten. 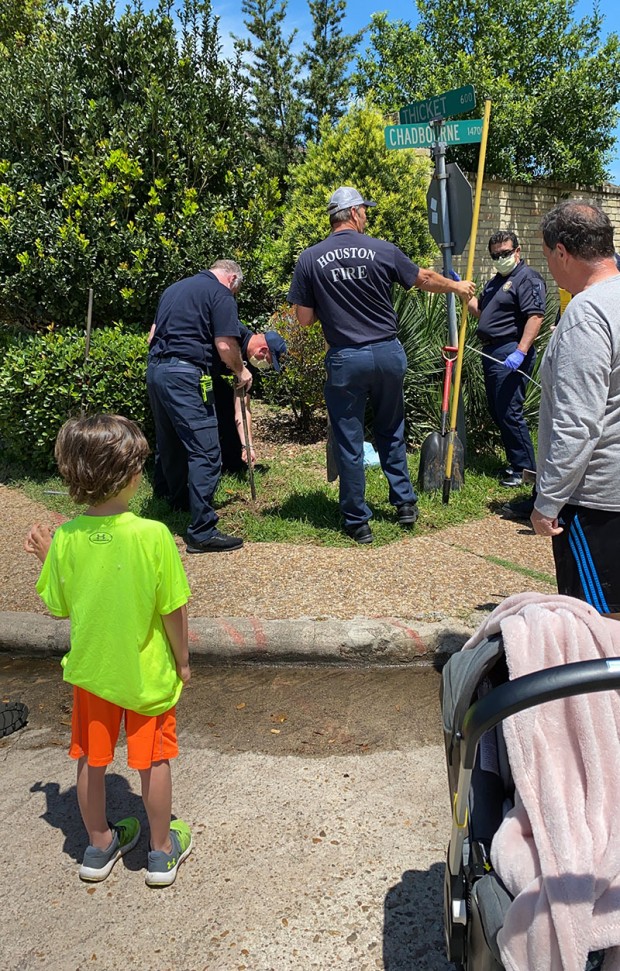 Firefighters kindly rescued a kitten trapped in a pipe.