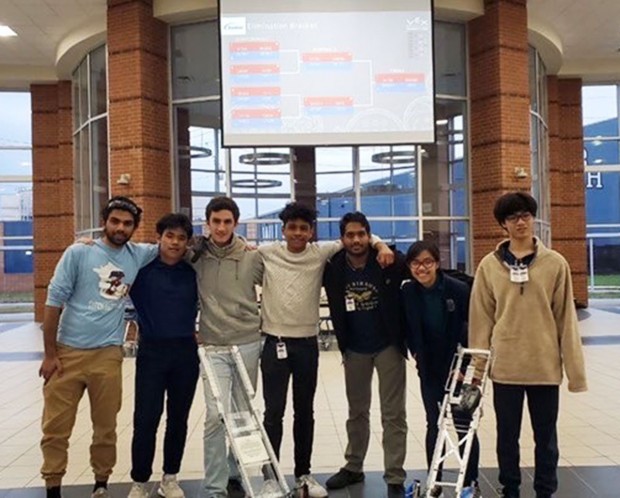 The 2019-2020 school year was a great success for DeBakey’s robotics team. The club started in the 2017-2018 academic year with almost nothing. They had no money, no sponsor, no experience, and no set direction as to where this club was going. That year, DeBakey’s team did not go to a single competition or even build a fully functional bot.

The next year, things seemed to be better. The team went to two competitions. However, without proper funding or competitive experience, DeBakey’s robotics team was quickly eliminated.

This year, the team managed to raise over $2,500 from various Houston businesses with which they bought new parts and electronics. This money jumpstarted a highly competitive team. The club expanded to encompass two competition groups and was able to add an instructional section to learn about the basics of robotics. For a fully student-run club, the start of an educational club is itself impressive, but they didn’t stop there.

Due to concerns over the coronavirus, this tournament was cancelled, so now, the DeBakey Robotics Team is working on a trebuchet as the conclusion to a successful robotics season. The team plans to start an entirely student run class to introduce more students to robotics. COVID-19 may have ended the robotics season early, but DeBakey’s robotics team won’t be letting that stop them from being productive and making next season even better than this one. The graduating seniors in the team may not be around for the next few years of success, but they were thankful to be part of the team.

As Sai Unnam (Class of 2020) says, “Robotics gave me an outlet to actually apply the things I learned in school which I loved and taught me the value of out-working your competition.”