With kids around the world missing out on playing and watching sports, former Houston Rockets player and Bellaire High School alum John Lucas III stepped up to fill a void created by the coronavirus pandemic.

Lucas, a 37-year-old professional athlete and NBA coach, partnered with Evelyn’s Park Conservancy to offer a free virtual basketball workshop this week, giving players of all levels the chance to train like a pro.

“Everybody has been locked up in the house,” said Lucas, who splits his time between Los Angeles and his home in Tanglewood, Houston. “I wanted to do something to give back and to give people an idea of what you can do by yourself if you want to get better at something. It was my way of showing that you can still stay active.”

During the 45-minute Zoom session held on Thursday afternoon, Lucas, dialing in from an undisclosed, empty gym in Houston, led a series of nonstop ball handling drills. He continued to interact with participants, who he could see through his computer screen, offering individual feedback and positive reinforcement.

Though participants only needed a basketball and a laptop to do the drills, that was enough to make them sweat. About 30 minutes into the session, Lucas paused to see how the kids were feeling. “I feel like a hot chicken nugget,” responded one participant.

Lucas laughed and told the kids to take a water break before they’d tackle the next drill.

“I had to catch myself because I was like, we’ve been practicing for 30 minutes straight and there’s been no break,” he said after the session. “That’s how I train. Once I lock in, there’s no distractions.”

As a coach, Lucas III says he has been offering some one-on-one training sessions virtually since the pandemic took hold, but Thursday afternoon’s event marked the first time he ran a group session. 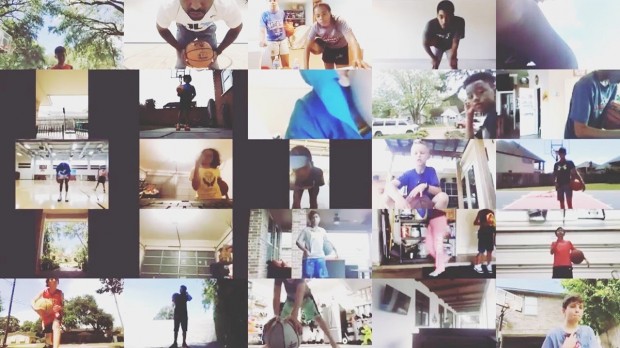 Lucas came up with the idea for the event with the help of Suzi Weinstock, member of Evelyn’s Park Conservancy’s Board of Directors. The park facilitated the sign ups and helped market the event to the Bellaire community, where Lucas grew up and attended Horn Elementary and Pershing Middle School before going on to BHS, where he was the starting point guard.

While the event was a way to give back to Lucas’ hometown, he ultimately marketed it on his social media channels and opened it up to anyone who wanted to participate. Nearly 200 people tuned into the Zoom session, with some participants dialing in from as far as the UK and Germany.

“I don’t even know how they heard about it,” said Lucas, still in awe at the reach of the event.

“I love that I was able to do this and share my passion with these young kids,” he added. “If I was able to touch one person, that’s good for me.” 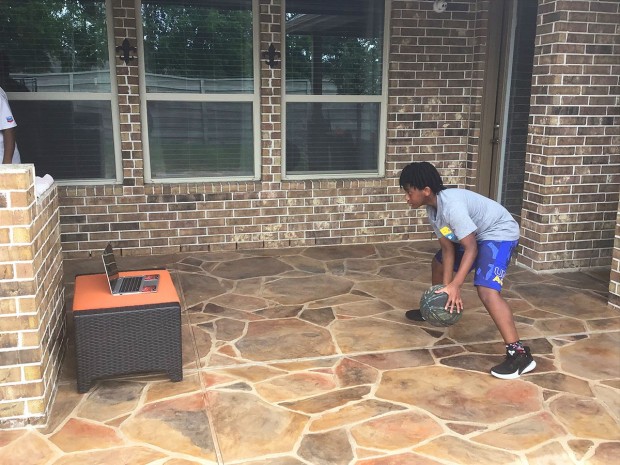 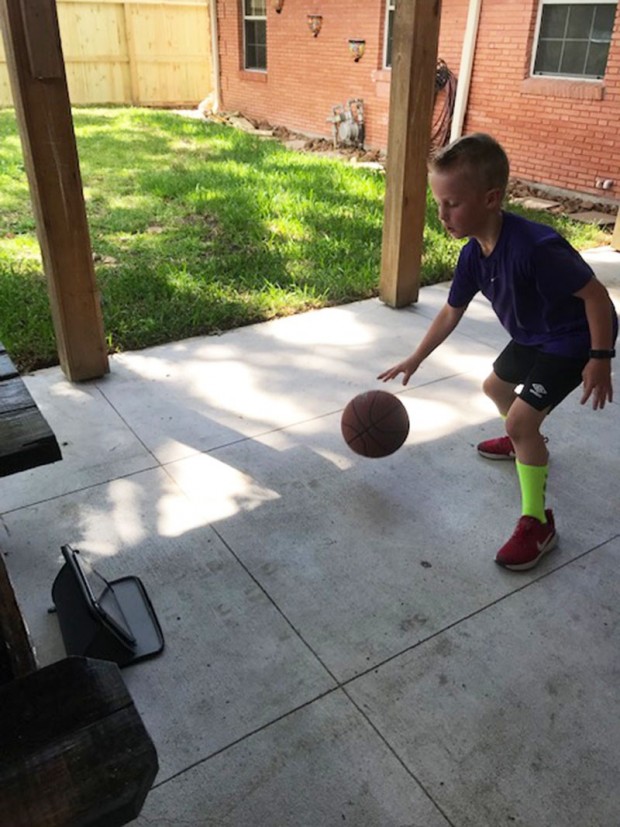 William practices his ball handling skills during the workshop. 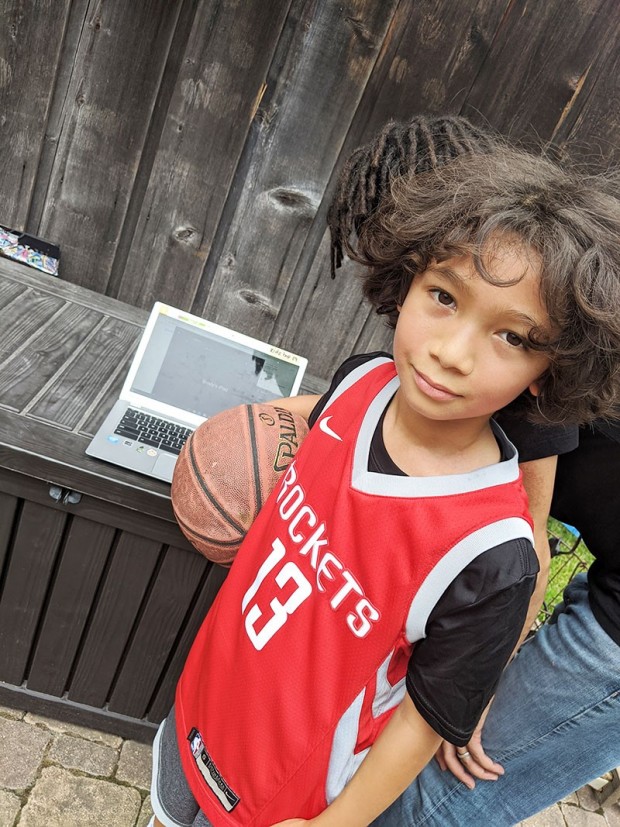