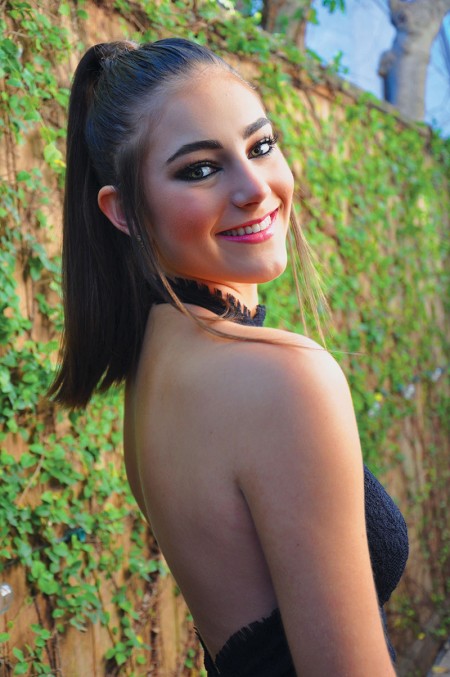 BE YOU Courtney Magelssen, a junior at The Kinkaid School, says she used to be self-conscious about being taller than average, but now is more comfortable in her own skin.

I stepped through the doors at A.D. Players, not expecting a life-changing event. It turned out that the evening I experienced was the most inspiring of my life. It was unforgettable.

The event I attended was called UP Abilities, as part of ReelAbilities: Houston Film & Arts Festival, which promotes inclusivity of people with disabilities. There were three amazing speakers – J.R. Martinez, Darrius Simmons, Rebecca Alexander – and each spoke about self-acceptance and their personal experiences. As I listened to the panelists speak, I realized that my problems are not bad at all, especially in comparison to what other people deal with on a daily basis.

For example, I have been self-conscious about my height for years, and after listening to these people speak, I realized that I had been judging myself unfairly for no reason at all. The speakers spoke about judgement and being comfortable in your own skin, and their words spoke to me in ways I could never have imagined.

Ever since I was a young girl, I have been self-conscious about my height. Being 5’11” has been difficult. I have been called rude names by people in the past but am learning to overcome those words. As I got older, I began modeling and became more comfortable with my height, yet not fully.

After hearing the speakers, I was inspired to become comfortable with myself. I believe that everyone has something they are self-conscious about, and the only way to overcome that is by self-acceptance.

In our society, it is easy to judge others based on what sets them apart, or what makes them different, but if we learn to accept one another, we would all be happier people. This event inspired me to stand taller and to accept myself and others, and I hope to spread the message so others can do the same.