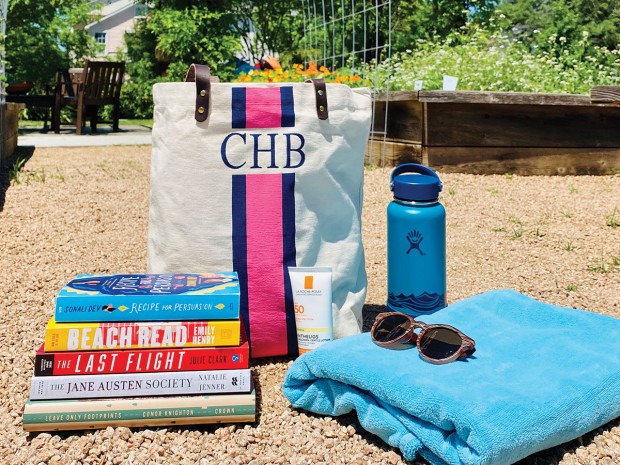 WHAT TO READ This month's picks include a tour through the U.S. National Parks, a modern-day retelling of Persuasion, a clever beach read, historical fiction involving Jane Austen's legacy and an unputdownable thriller.

Beach Read by Emily Henry: This literary love story is smart, humorous and highly entertaining and addresses substantive issues within a clever romance. Beach Read follows two writers, a romance novelist and an author of literary fiction, who are both impeded by writer’s block and struggling to meet looming deadlines. Polar opposites encumbered by prior misconceptions about each other, January and Augustus are thrown together when they rent neighboring beach houses. Late one evening, they agree to swap genres. January will write a heavy drama, and Augustus will compose a happily-ever-after story. To research their books, they spend time together visiting local spots and, in the process, learn more about each other. This book is a ton of fun and will live up to its name and make a fabulous beach read.

The Jane Austen Society by Natalie Jenner: The Jane Austen Society is set in Chawton, England, following the Second World War – where Jane Austen spent her last years. When Austen’s legacy is threatened, an eclectic group of townspeople band together to save her home and heritage. Struggling with personal tragedies and loss, these individuals unite around their love of Jane Austen and find themselves aiding each other as much as they help save Austen’s legacy. The Jane Austen Society is full of fascinating tidbits about the author and her tales, but it also highlights the importance of community and relationships, demonstrating that both can be found in unlikely places. Natalie Jenner’s tale is historical fiction at its finest – she transports the reader to another time and place filled with unique and authentic characters.

The Last Flight by Julie Clark: The Last Flight is a high-octane thriller that begins with a bang and never slows down. Two women eager to flee their own lives agree to swap tickets for their flights at the last minute. Claire gives Eva her ticket to Puerto Rico and takes Eva’s ticket to Oakland. When the flight to Puerto Rico crashes into the ocean, Claire realizes she must assume Eva’s identity to survive, but quickly learns that Eva was not who she claimed to be. Toggling between the two women, the story rapidly unfolds, revealing jaw-dropping twists that you will not see coming. The Last Flight is the best thriller I have read in ages – Clark skillfully blends great characters, beautiful writing and a superb mystery.

Leave Only Footprints: My Acadia-to-Zion Journey Through Every National Park by Conor Knighton: In this non-fiction gem, Knighton chronicles the year he spent traveling to every national park in the United States. The parks are grouped by theme instead of location, and the book is interspersed with humor and intriguing details. Knighton highlights the importance of our national parks, how various parks received their designations, and how climate change and over-visiting is impacting many of these beautiful places. In the epilogue, Knighton discusses how the National Park System continues to expand and quickly reviews three parks that achieved the designation after 2016 (the year Knighton made his journey). This book is a fascinating read and will make my top ten list for 2020.

Recipe for Persuasion by Sonali Dev: In recent years, modernizing Jane Austen stories has become all the rage. In Recipe for Persuasion, Dev takes inspiration from Austen’s Persuasion to tell the story of Ashna Raje, a chef who reluctantly agrees to join the cast of Cooking with the Stars to save her struggling restaurant. She immediately regrets her hasty decision when she is paired with her first love, Rico Silva, who is now a FIFA soccer star. Their romance ended badly, and Ashna and Rico blame each other for the failed relationship. When they have a disastrous first meeting for Cooking with the Stars, the clip goes viral and they become social media darlings. The author hews close enough to Persuasion to warrant the inspiration claim but creates her own sweet, clever tale, a highly satisfying update of a classic story.