Like most things these days, the annual Memorial Drive Elementary fifth grade car parade looked a little different this year. The parade has been around for years as a special tradition to send the top dogs (aka fifth graders) off to their graduation party at The Forest Club.

In years past, the fifth graders gathered to decorate cars for the last day of school and then would break into groups, pile into their assigned cars, and head for the Forest Club. This year, each family decorated their own car at home, and met in the parking lot at Chapelwood United Methodist Church to line up for the parade.

With an escort from Memorial Villages police and fire departments, the decorated cars drove down Greenbay Street to Piney Point Road, then to Smithdale Road where they drove through the MDE school bus drive. Teachers, staff, family, friends, and the beloved DARE officers were waiting at school to greet the parade. 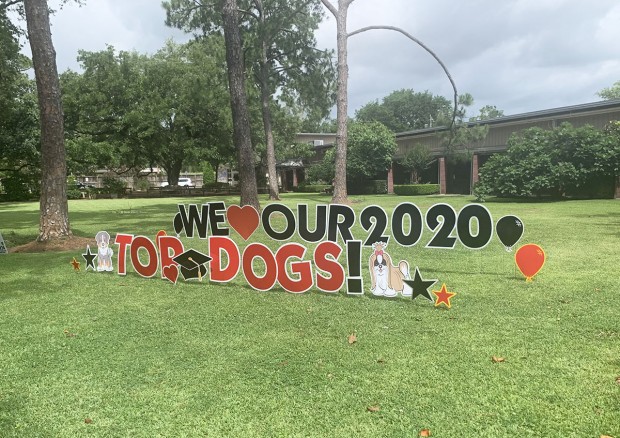 Sixth grader Preston Welty, with a group of former MDE students, cheered on his brother, Parker, as he paraded by in a camouflage-themed car. The Welty brothers, Preston, Parker and Paxton, worked together to decorate the car in honor of Parker’s favorite activity, hunting. “He found some deer floats on Amazon that were a nice touch, and they are now in our pool for the summer,” said mom Amy Welty. “Parker loved that he was able to see all his friends and celebrate all together, and see his teachers in person since he never was able to give them a true goodbye before spring break.”

Cruising in a car decorated with an inflatable shark and inflatable popsicles, graduate MaryAlan Reeves had looked forward to the rite of passage for years. Her older siblings participated in their own MDE graduation parades, and she was glad to have her turn. As the cars drove through the MDE parking lot, MaryAlan and her fellow classmates received cookies and goodie bags from DARE officers Michelle Owens and Frank Lerma.

The event was a success, thanks to planning by moms Amy Welty, Christie Vlahakos and Lauren Eagle. “The police were amazing about blocking off streets and diverting traffic. They were more than willing to work with us and made it super special and safe for the kids,” said Amy. “The whole community made it special for our MDE fifth graders.” 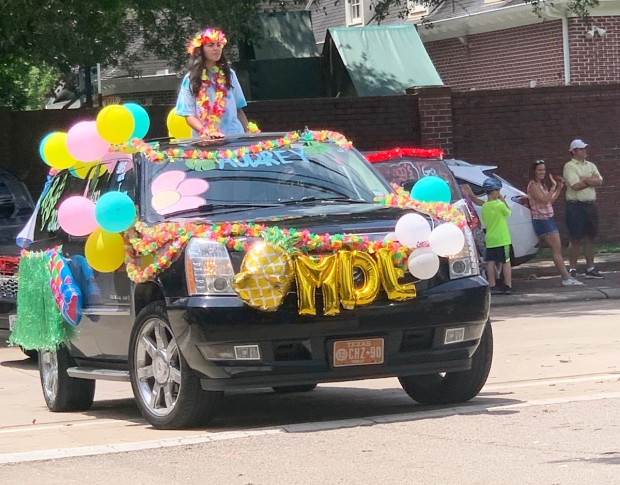 She is ready for summer! Audrey Zatorski donned Hawaiian leis to celebrate the end of the school year. 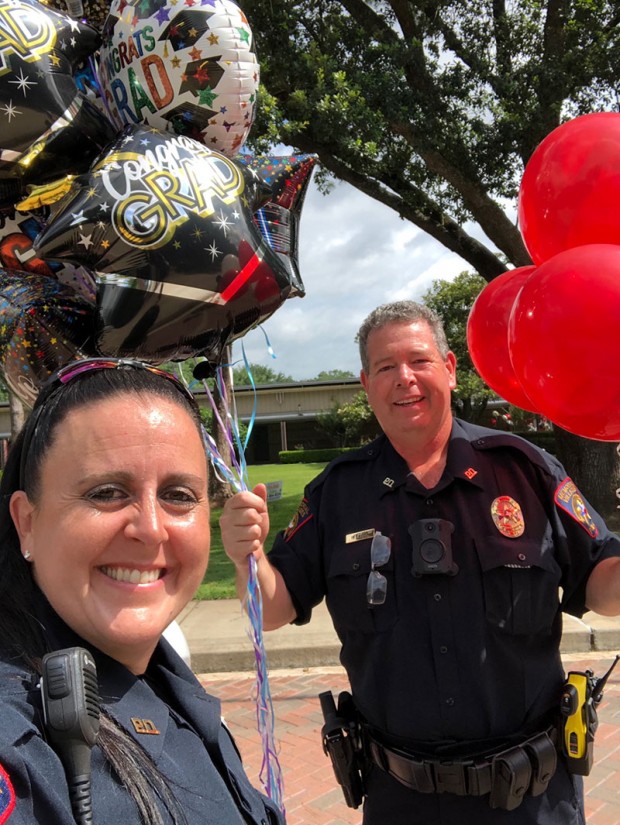 Armed with balloons, cookies and goodie bags, DARE officers Michelle Owens and Frank Lerma greeted the MDE fifth graders who they had worked with all school year. 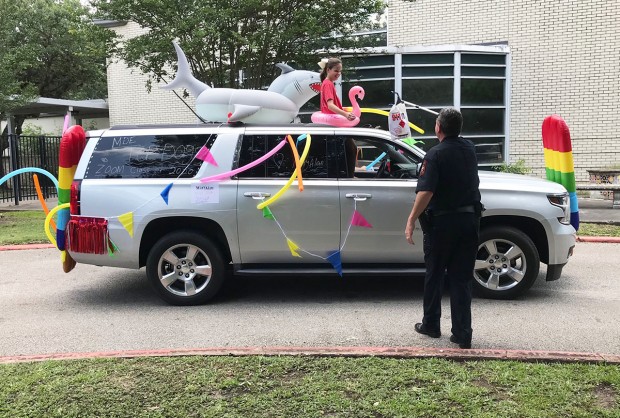 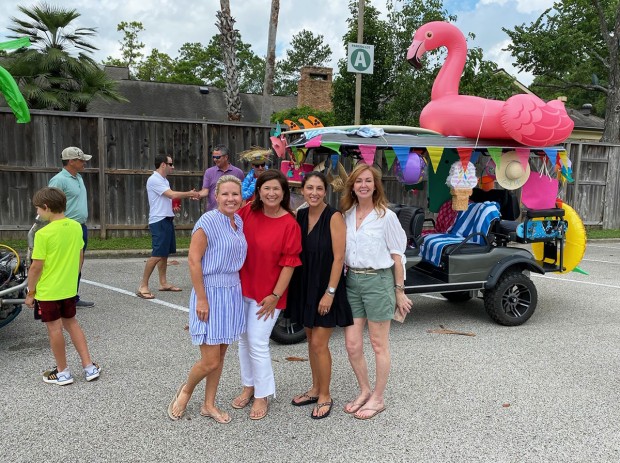 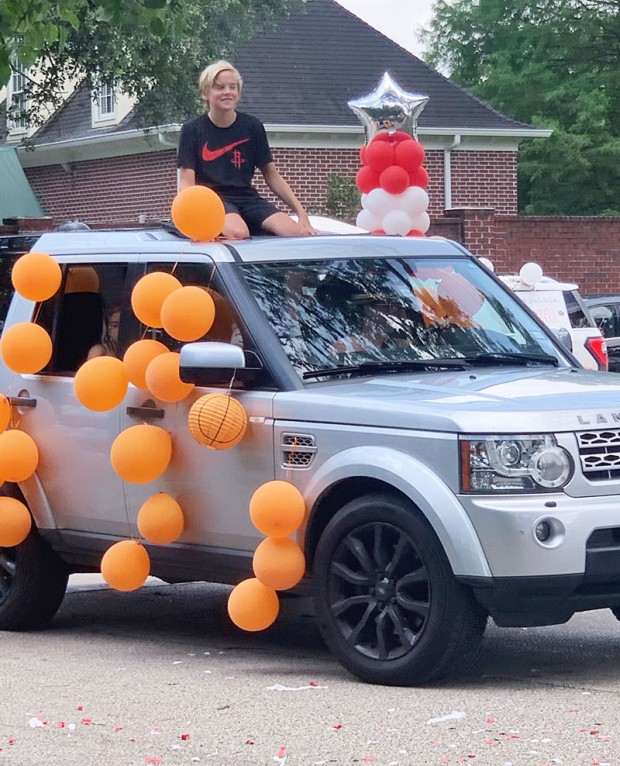 Westly Howard is on top to cruise the parade route in a car covered with orange balloons. 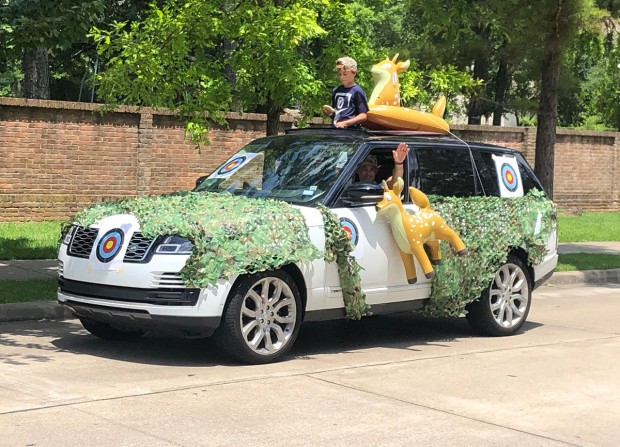 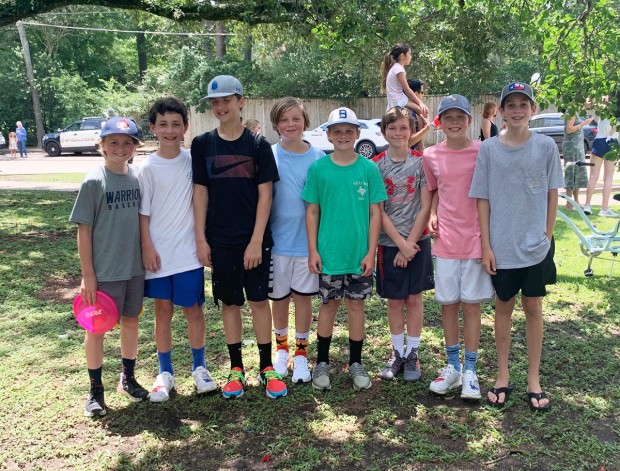 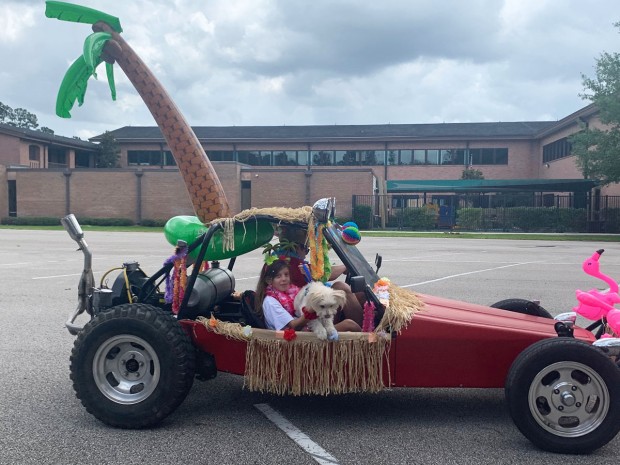 Fan favorite Ava Pannagl, with her dog on board, was driven in a luau-themed buggy, complete with an inflatable palm tree. 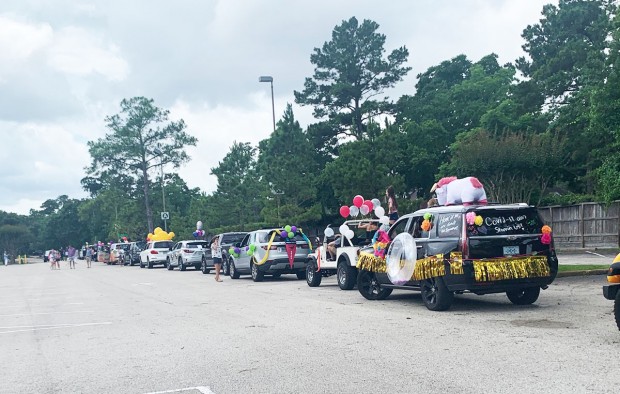 Lined up and ready to go! The MDE parade began in the Chapelwood parking lot and ended up at school where well-wishers were waiting.