The Art of Paper Art 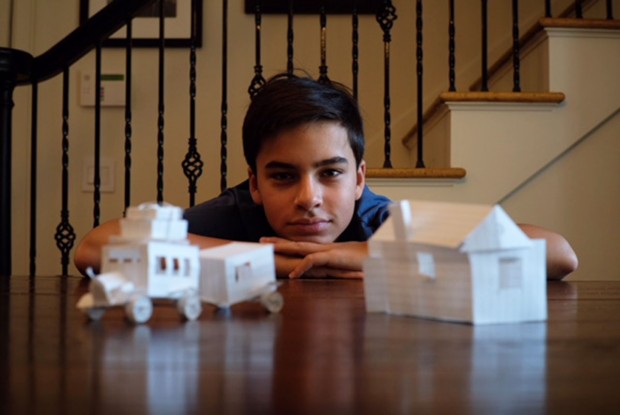 During fifth-grade recess pre-coronavirus, Alexander Montoya and his friends were folding paper into springs. Alexander continued to work on this project during quarantine.

Alexander has always been good about finding original ways to occupy his time. He is an avid fan of researching outer space, as a way to connect with his grandfather’s history of working for NASA. Alexander is also a member of the Boy Scouts and his school track team. Recently, his interest in creating architectural drawings has come to life, as he spends time making original paper structures. 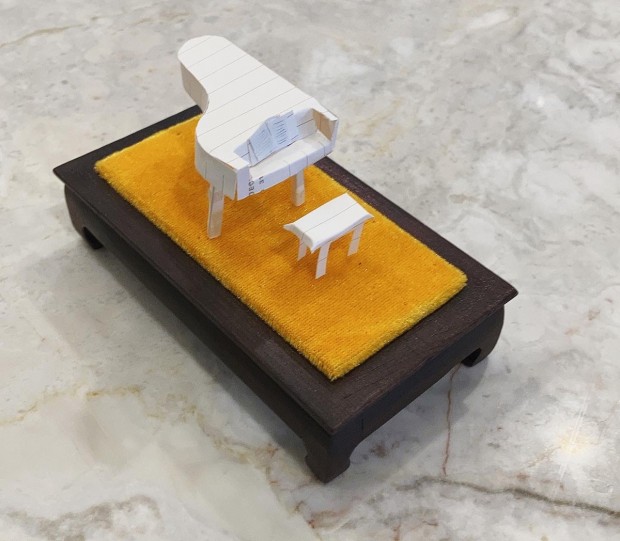 This baby grand piano includes details such as a bench and sheet music.

Alexander shares that he is a self-taught paper artist, with “just trial and error” getting him to his end result.

While he started out creating at his desk in his room, his preferred place to work is while watching TV with his dad Alex. So far, he has made several Model Ts, a tiny observatory, an ice cream shop, a baby grand piano and a car trailer. He is inspired by the world around him to add details into his works, including billboards, car suspension, telescopes and sheet music. He shares that “the hardest part about making the car was making the suspension system without having the wheels fall off.”

Mom Heather loves displaying these artworks in glass boxes, including a home he made her for Mother’s Day. She also thought it would be nice for him to make a replica of a West U home featured in one of friend and author Chris Cander’s books. Chris shared that “he did it as a surprise, so sweet.” 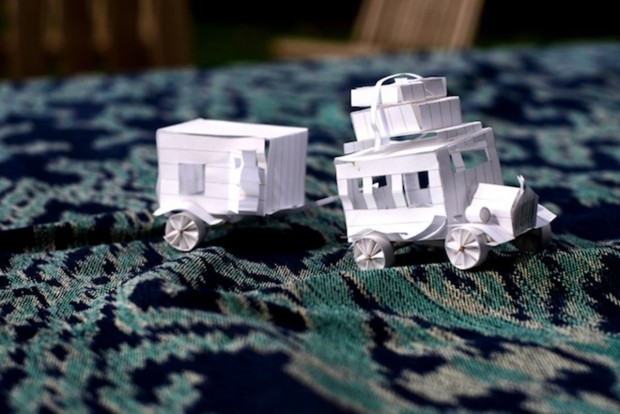 The paper Model-T is ready for a road trip.

“I just have so much time on my hands {these days},” says Alexander. He’s been keeping himself busy making paper art, and shares that if you are “willing to get into it, this is the time since it requires a lot of time, hard work and focus.” He also says that paper thickness is key. The paper can’t be too thick, and he prefers notebook paper. He said that printer paper works as well. It is great to see Alexander putting this abundance of time into such an awesome project.