The Bar Mitzvah boy begrudgingly slipped on his kippah, or Jewish head covering, for the ceremony. He skipped reading from the Torah and decided against the traditional Bar Mitzvah speech. Instead, he lounged on the lawn and drooled over the baked, homemade treats to be served after the ceremony, which were topped with a dog biscuit.

The four-legged Bar Mitzvah boy, Samson, celebrated his Bark Mitzvah in West University this summer. A Bark Mitzvah, which celebrates dogs turning 13, is a lighthearted version of the traditional Jewish celebration, a Bar or Bat Mitzvah, which commemorates a Jewish youth on their 13th birthday.

West U resident Daniel Musher, an infectious-disease specialist at the Veterans Affairs Medical Center and professor at Baylor College of Medicine, and his wife, Karol, picked up Samson as a stray 13 years ago and they wanted to honor him with the special ceremony. “It was Karol’s idea,” says Daniel. “It’s a family tradition.”

Daniel and Karol, who’s a speech-language pathologist at Texas Children’s Hospital and educational consultant at the St. John’s School, had held a Bark Mitzvah for one of their previous dogs, Clinton, around 15 years ago.

For the Mushers, their latest four-legged friend has been tied to Judaism from early on. Shortly after the couple rescued Samson, they went to synagogue one Saturday morning. “We hadn’t decided on his name yet,” says Daniel. During the service, the rabbi spoke about Samson, an Israelite warrior and judge. Something about the name stuck. “We looked at each other, and we knew we’d found his name,” Daniel says.

Karol, for the last 10 years, has met regularly on Sunday mornings with a group of West U dog owners who walk their four-legged friends around the neighborhood. Then, they would stop at Starbucks for coffee and puppy lattes. Since the pandemic, the group has spaced out in the Musher’s front yard for a caffeine break. So on a recent Sunday, a few group members in masks and their dogs stopped by Karol and Daniel’s front yard for the physically distanced Bark Mitzvah, the concept of which dates back to the 1950s.

The first known Bark Mitzvah is thought to have been held in Beverly Hills in 1958 by former newspaper cartoonist and philanthropist Janet Salter for her black cocker spaniel Windy. Monty Hall from the T.V. gameshow Let’s Make a Deal was the emcee, and more than 100 people came to the event. Actress Joan Rivers also famously celebrated her dog Spike’s Bark Mitzvah on her daytime TV show.

At the Musher’s Bark Mitzvah ceremony, the couple’s son, Benjamin, who lives in the Meyerland area, his wife, Lydia, and their children Talia, 13, Avi, 11, Noah, 8, and Eli, 5, also attended. The children decorated a tablecloth with paw prints for the event.

Daniel said a short prayer. Karol cooked up and served individual muffins for each dog made with peanut butter and topped with a dog biscuit. Samson, in his regal maroon and gold kippah, was all smiles. “Everybody had a good time,” Daniel says. 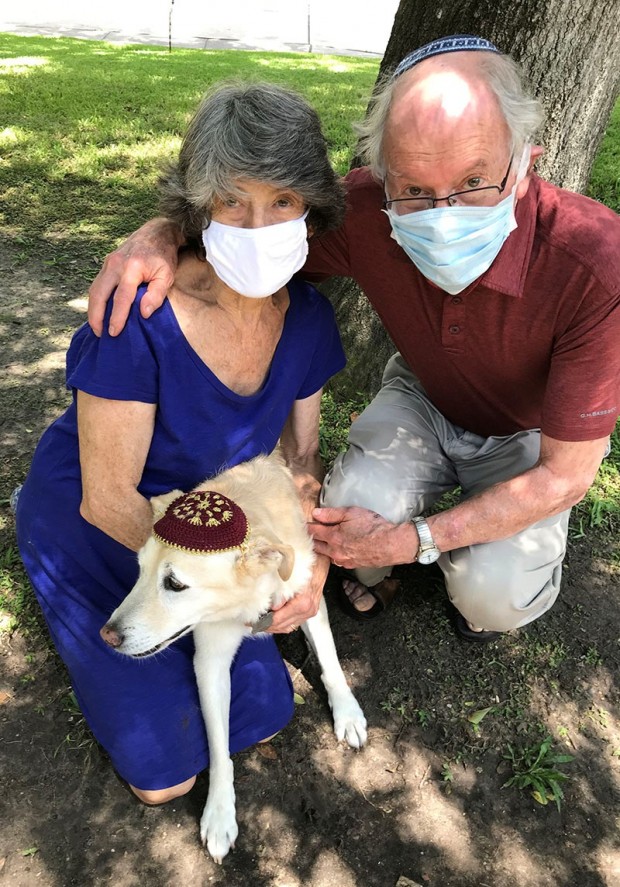 Karol and Daniel Musher pose with the "Bark' Mitzvah boy. 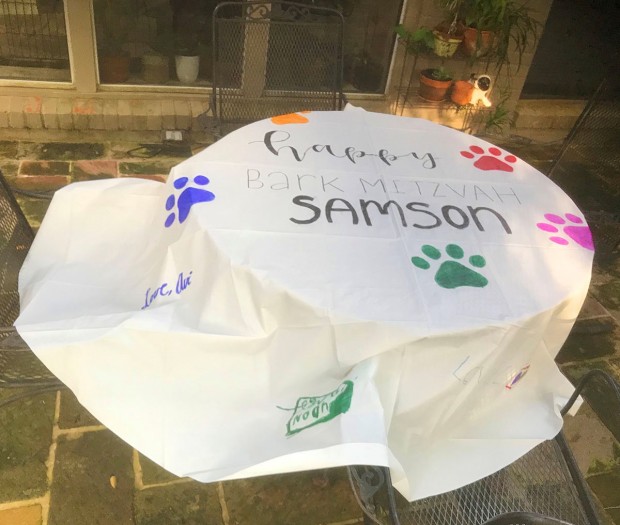 The Mushers grandkids made a tablecloth for the occasion. 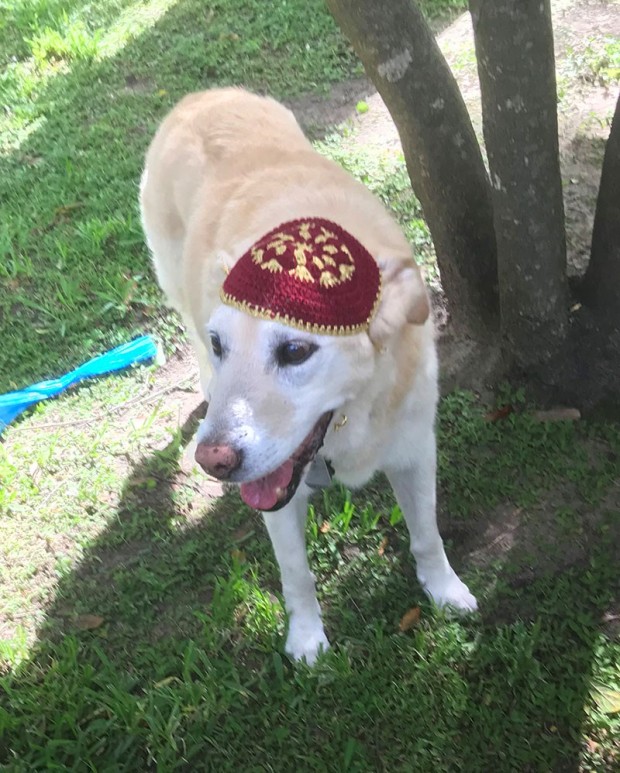 Samson celebrated his Bark Mitzvah during the pandemic. 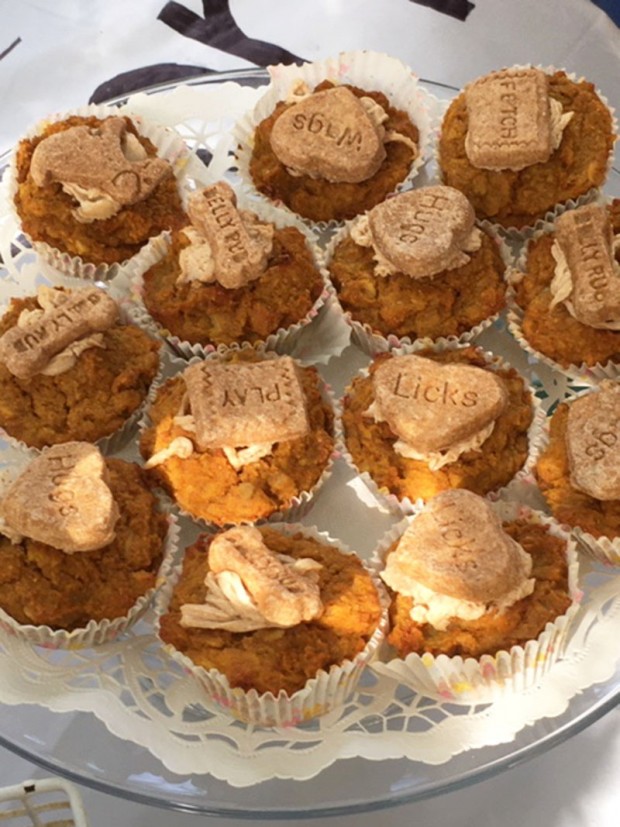