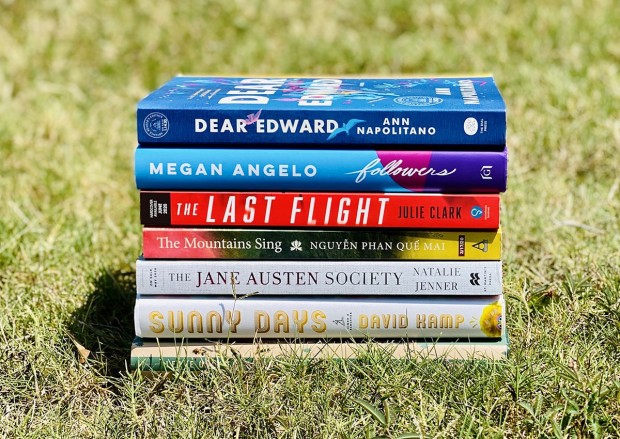 The first half of the year is over, and 2020 continues to astound and dismay us all. Reading provides an escape for me from the real world, which we all really need right now. The silver lining is that I have had more time to focus on book-related things including expanding our literary salon with new events, creating a Summer Reading Recommends List and launching a podcast where I interview a variety of authors. I find that focusing on something other than the pandemic lowers my stress level significantly.

In another effort to try new ideas, this year I am assessing my favorites for 2020 as the year progresses. In May, I compiled a list of my favorites published in 2020 after the first third of the year. This week, I am updating this list through the end of June to list my top 10 favorites for the first half of 2020. Some books remained on the list while others were replaced with ones that came out in May and June.

2020 has been a banner year for books already, and as always, I had trouble narrowing the list to just 10 titles. Here are my top 10 reads for the first half of 2020:

I hope you enjoyed reviewing my list, and I would love to hear what your favorites for the year are so far. Feel free to drop them in the comments or email me at [email protected].

Conversations from a Page is hosting a Curated Book Discussion over Zoom for Just Mercy by Brian Stevenson on Wednesday, Aug. 26 at 11 a.m. CST. (cost-$5 or $30 for an annual pass). For more book recommendations and bookish thoughts, see @ThoughtsFromaPage on Instagram, the Continuing the Conversation newsletter, or Cindy’s Reading Recs.