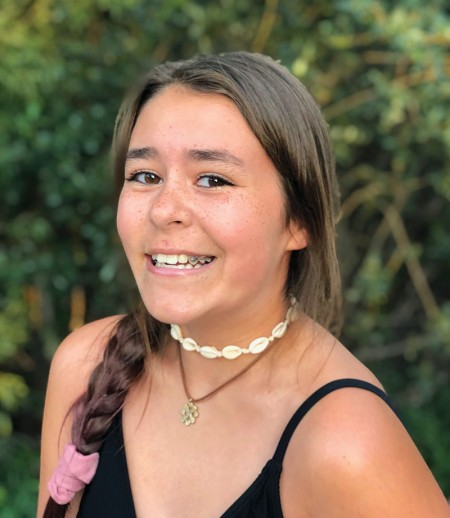 PROTECTING PORPOISES When Olivia Hess, an incoming freshman at Duchesne Academy of the Sacred Heart and recent graduate of The Post Oak School, discovered the vaquita porpoise is the most endangered marine mammal in the world, she began raising funds and awareness for vaquitas.

I was about 11 years old when I first heard anything about vaquita porpoises. I was reading a book for a research project about marine mammals when I stumbled upon something, just a short bullet point in the back of the book. The vaquita porpoise from Baja California, Mexico, is the most endangered marine mammal in the world, it said. There were fewer than 200 left in the wild.

I was shocked. Upon doing more research, I found out that as of 2017, the amount of vaquitas in the world had been reduced to a mere 60. I had so many questions. How could we have let an innocent, adorable creature’s population decline so quickly? Why had I never heard about this before? And most importantly, what could I do to help?

Right away, I began to raise money for the vaquitas. I convinced my teacher to let our class do a bake sale, and we raised nearly $1,000. My next move was to gather a group of my friends over the summer, and we went to my local park to sell cookies and lemonade. There, we made about $200. All of this money was donated to VIVA Vaquita, a non-profit organization dedicated to protecting the remaining vaquita population.

The vaquitas are critically endangered due to illegal use of gill nets, which are used to catch the equally endangered totoaba fish. Because of their small size, vaquitas can easily become entangled in these nets and drown. The totoaba trade is a multinational, highly illegal, and incredibly well-paying business, so despite the Mexican government's ban on gillnet fishing, vaquitas continue to die.

As of 2020, it is estimated that there are fewer than 15 vaquitas left in the wild. So I urge you, do something. Don’t think about how tragic of a situation this is because we already know. Research the vaquitas, raise money, or even work with a conservation team yourself. Their survival depends on the willingness of all of us to work together. If we don’t, yet another precious species will become extinct.