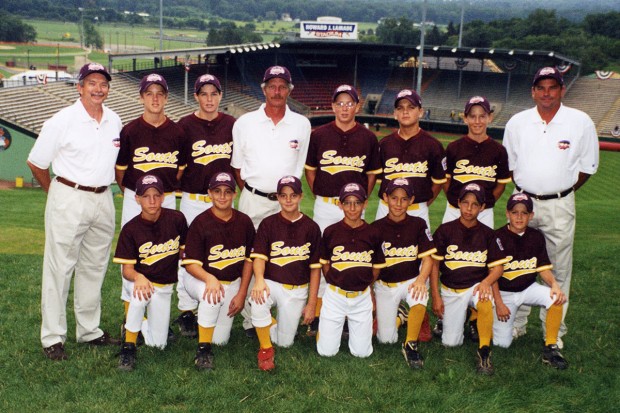 Two decades have passed since Little League player Alex Atherton, then 12, took the field in Williamsport, Pennsylvania. During late August of 2000, instead of facing a global pandemic and a hurricane in the Gulf of Mexico, Alex and his Bellaire All-Stars teammates were up against some of the best players in the country. After battling it out with other champion teams, they ultimately won the U.S. title with a win over the Davenport East team from Iowa, 8-0, in the final game of the series.

“It was wild,” said former pitcher and first baseman, Alex. “That summer was like one big road trip, and we went from tournament to tournament on the way to the World Series.” The Bellaire 12U team played more than 25 games against district, sectional and state competition to earn a spot in Williamsport. “It was a lot of hotel stays, with swimming pools and eating fast food,” he said.

The all-star team had played together for a couple of years leading up to the World Series, coached by a group of their fathers instead of the professionals many teams hire today. “They were just dedicated dads,” said Alex. “They had all played baseball back in their day, but they definitely weren’t like some of the guys the teams use these days.”

Manager Terry McConn, along with coaches Cliff Atherton, Larry Johnson and Steve Malone led the team to victory. “Steve always threw BP. He had the best arm of all the dads,” Alex recalls. The team played together, basically year round, which wasn’t as common as it is today. By the time they reached the 12U age group, they were ready.

After winning the U.S title, Bellaire faced the international champion team from Maracaibo, Venezuela, in a final game to wrap up the Little League World Series. Unfortunately, the game ended in a loss. The Bellaire team was expecting to play the team from Japan, and spent time scouting and preparing to face their players. “The Japan team was scary to watch. I remember thinking we were going to get our butts kicked,” said Alex. But a surprising loss sent the Japanese team home, and Bellaire faced the team from Venezuela.

Alex pitched in the final game. He remembers being in the dugout, waiting for the game to start, when someone summoned the pitcher. As he walked out of the dugout, he was greeted by Kevin Costner who shook his hand, wished him well and gave him the game ball. Being a bit starstruck and nervous with TV crews capturing his every move, Alex knew he had to stay calm. “When you’re 12 years old and pitching on TV, things feel a little weird,” he said. “But as soon as the game started, we all forgot the cameras were there and just played the game.” 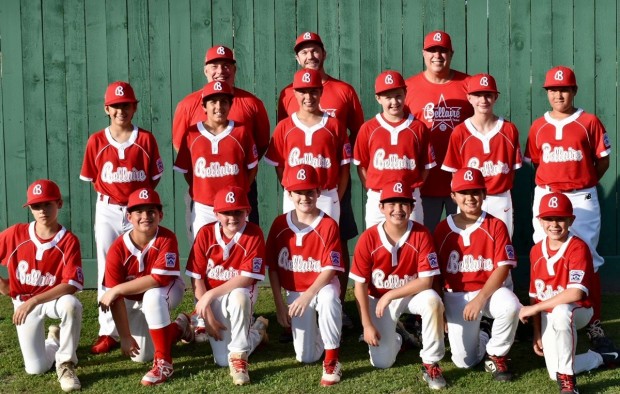 Fast forward 20 years, and another BLL all-star team had hopes of reaching the Little League World Series. The 2020 12U All-Stars had not yet been selected when COVID-19 ended the spring season, but the players from last year’s 11U All-Star team were hoping to be named to the team again this year. This group of boys won the state championship during their 10U season and brought incredible talent to the baseball field.

“Whoever would have won our District 16 championship would have a really good shot at going to the Little League World Series,” said Ryan Loving, manager of last year’s BLL 11U team. “We have some really strong teams like West U Little League, Post Oak Little League, and our league.” The pandemic ended the baseball season in March, along with the final year of Little League play and dreams of a championship run for the 12U age group.

Ryan coached the team for the last several years, along with Murray Kalmin, George Summers and Jeff Gorski. Last year’s all-star team has played together since they were about six years old. In 2018, the team went 11-0 in the regular season, and then won the state championship. “That’s as far as you can go at the 10U level,” said Ryan.

The boys have now aged out of Little League. Many of them will continue playing select ball, and some will also play for their middle schools, but they won’t get another chance for a trip to Williamsport. Ryan says the boys are just as disappointed about missing out on their regular spring season, where they all play against one another on separate teams, as they are about missing the opportunity to play on the all-star team.

BLL president Mike Weston is looking to the future when the league will be back on track. “Fall ball starts in September, and we have over 100 kids signed up,” he said. “We are taking safety precautions like masks and social distancing, and hope to have a great season. It’s sort of a trial run at getting back on the field before next spring.”

When restrictions are lifted, Little League will be back in full force with another group of boys dreaming of the World Series. And a chance to repeat BLL history.