Shoot for the moon – or Mars 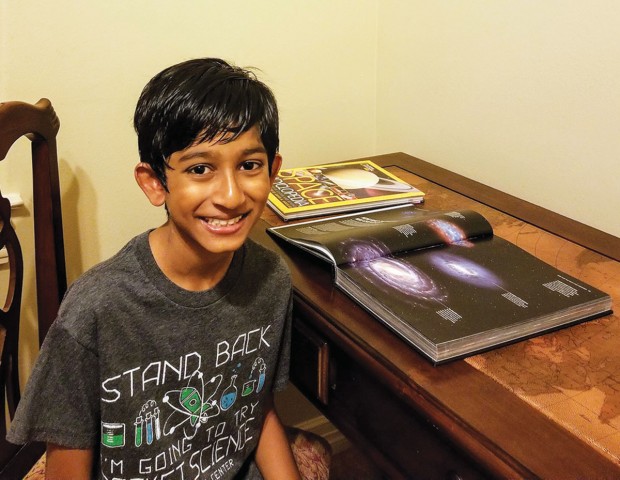 OUT OF THIS WORLD Suhas Nagamani, a Condit Elementary graduate who will move on to Pershing Middle School, loves studying about space.

Ever since fourth grade, I’ve loved going to NASA’s Johnson Space Center and other places that mention something about space. People who do not like space should look at it this way – the universe is a vast and mysterious place with 10 quadrillion stars and 2 trillion galaxies. There are so many unexplained things in the universe that scientists are still trying to understand, like, “What will happen to the universe in the future?”

From educational TED-Ed talks and the nasa.gov website, I learned that the International Space Station (ISS) was assembled piece-by-piece by astronauts in space! Its main purpose is to function as a science laboratory to help us understand more about space. The ISS is so big that it covers a whole football field in area from end zone to end zone. It travels at a speed of 17,500 mph and orbits the Earth every 90 minutes. The information learned from the ISS will help with manned missions to the moon and Mars.

I acquired a lot of facts about space from talking to my dad and reading books published by National Geographic, including Visual Galaxy and Space Encyclopedia. When I grow up, I want to become an astronomer or an aerospace engineer. I enjoy studying about stars, black holes and galaxies. I also want to help NASA build rockets, spacecraft and rovers that could help on the Mars mission.