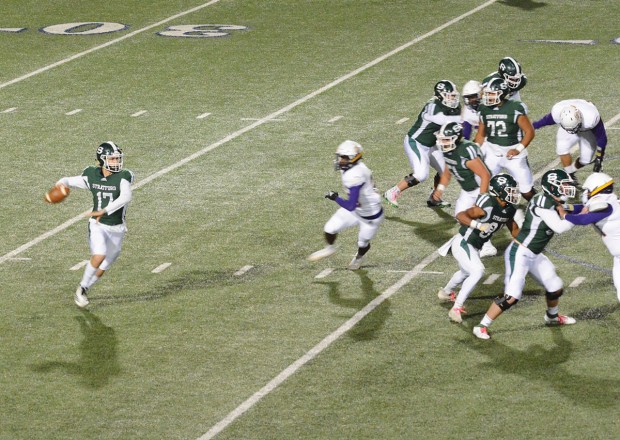 GAME READY After a delayed start to the football season, quarterback AJ Abbott is among several key returning players ready to go for the Stratford Spartans this season.

Local high school football teams had reason to celebrate as the UIL announced an official start date of Sept. 24-26 for Class 5A and 6A schools.

“When the news was released, we were ecstatic and on cloud nine,” said Stratford Spartans football coach Trent Miller. “The biggest thing is that we finally had a date to work with, and given what our sports programs have been through in recent months, it was some much-welcome great news.”

With the coronavirus pandemic, sports such as baseball, softball, soccer and track and field were cancelled last semester. The speculation of a shortened or even cancelled football season this fall had loomed until the UIL cleared the way for a full season, albeit with a delayed late September start. “Our hearts still go out to all the athletes who didn’t get to finish their seasons this spring, so we’re keeping them in our thoughts,” said Miller. With the delayed start, the regular season will extend beyond the Thanksgiving break, with the playoffs continuing through early January.

“On the field, I kind of feel this is our year to make a strong playoff push,” said Miller. “We have several key returning starters, including receiver Ben Moseley, running backs Darese Steptoe and Diego Denson, as well as quarterbacks AJ Abbott and Dylan Shoemake.” Defensively, Miller says he expects major contributions from nose tackle Reco Griffin, linebacker Drew Arend and defensive back Luke Simonich. Also, Connor Able is considered one of the nation’s top deep snappers. 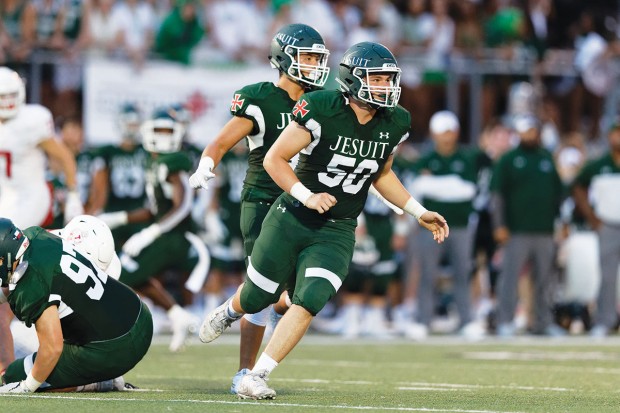 Strake Jesuit’s Klay Kubiak enters his third season as the Crusaders’ head coach, with high expectations and excitement for the upcoming season. “Our campus has been shut down all summer, so we’ll be playing our first game on either the last week of September or the first week of October. It is just reassuring to know that we finally have a target date for the start of practice followed by our first games. I expect us to have a really good team, so we’re extremely anxious to get back to work.”

The Crusaders should have plenty to work with, including a strong senior class from a team that went a lofty 10-3 last season while advancing to the third round of the Class 6A playoffs. “Our offensive line should be especially strong with starters Max Merrill, Luke Melton and Sean Lade all back,” said Kubiak. The Crusaders also return all-district receiver Robert Smith as well as talented running backs Alex May and Joel Crawford. On defense, the Crusaders are experienced, with the return of standout linemen Jacob Psyk and Reid Codwell, as well as two-year starting defensive back Lance Saizon and linebacker and team captain Jayce Bordelon. 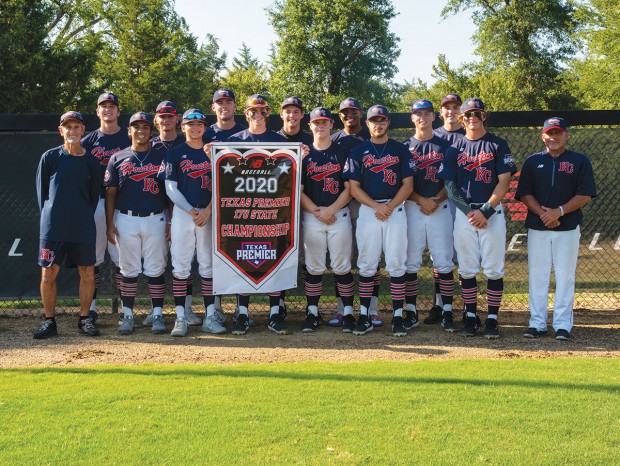 STATE CHAMPIONS The Kyle Chapman Baseball 17U team beat out 32 of the top select teams from across the state to win this summer’s Texas Premiere 17 and under state championship. (Photo: Donald Boyle)

“We had 32 of the best select teams competing from across the state,” said Kyle Chapman Baseball Program director Michael Rutledge. “We were fortunate enough to be able to play the tournament in Franklin, Texas, near College Station, where there hadn’t been any cases of the coronavirus. Most of the other fields across the state were simply shut down.”

With the high school season cancelled, having the Summer Select league available to the players became even more critical to showcase their skills to collegiate scouts. “It’s going to be a lot more difficult for these guys to find a place to play college baseball with all that’s been going on with the coronavirus, but we were at least able to have a number of Division 2 and Division 3 collegiate scouts at our state tournament,” said Rutledge. “We also had games on video feeds for college scouts to see them, so this was a big avenue for our kids to display their talents.

“Plus, our guys just wanted to play and compete since their high school seasons were cut really short this spring. We overcame a lot of key injuries in the process, and it turned into a really fulfilling championship for our kids.”