A High Schooler’s Summer Schedule Amidst a Global Pandemic 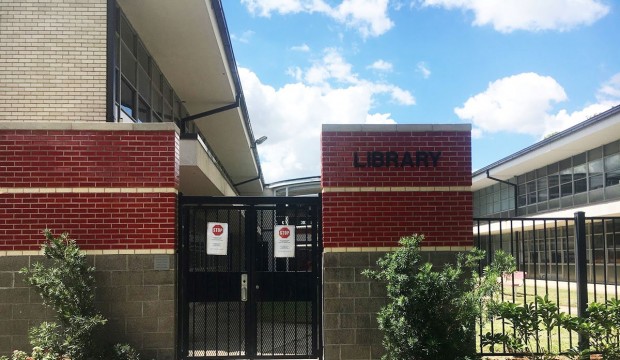 A summer spent in quarantine was not how any high school students expected to find themselves. Pictured is a vacant Memorial High School Wellsley came across just weeks after the initial quarantine began.

A summer spent in quarantine was not how any high school students (or rather anyone worldwide) expected to find themselves. Many St. John’s students applied to various academic summer programs, athletic programs, and had internships lined up for the two-ish months before the start of the next school year. Suddenly, these students found a flood of emails in their inbox regarding the cancellation of, or the transition to, an online version of their original summertime plans.

With the United States reeling from the pandemic, it was hard to predict what was next. Many travel companies shut down, cancelling travelers' plans before passengers had the chance to do so themselves.

Kate Willey, a junior at SJS, had plans to spend the summer abroad. She was planning to take part in the School Year Abroad language immersion summer program in France, but due to the travel restrictions, had her plans cancelled.

“I was really sad because I had been looking forward to it for the past two years. Both of my brothers and my mom had done the program, so I had heard many of their exciting stories; I couldn’t wait to finally go and create my own memories,” she said. “But I also understand that [canceling] was necessary considering the pandemic. Ultimately, it was good that I didn’t go. I’m just keeping my fingers crossed that I can go next summer!”

Another junior, Becca Bollich, had various academic camps planned, but only ended up virtually attending them.

She was set to attend the summer institute program at the University of California Los Angeles, for a course on international development, where she would have listened to speakers, participated in excursions into the surrounding city, and met other like-minded students.

Bollich was also supposed to travel to Washington D.C. and participate in a summer program for the American Civil Liberties Union. On par with CDC guidelines, that camp was moved online to avoid large gatherings and to slow the spread.

“Though it was hard to have discussions virtually, a lot of the speakers were unable to fit the virtual schedule [of the camps] into theirs, and the general environment of the program was different, I still got an amazing amount of information and understanding out of these camps,” she said about the overall experience.

Though the utmost concern of the Maverick community is safety, many can’t help but feel disappointed in the changes that occurred in their summer schedules and plans as the country tried its hardest to do the best with the situation that we all found ourselves in.