Patience Pays Off for Peevy at Texas A&M 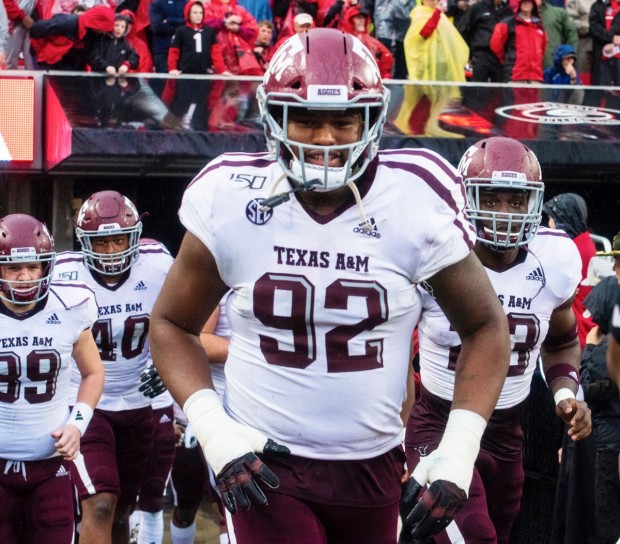 Jayden Peevy, a 2016 graduate of Bellaire High School, runs out of the tunnel before the Aggies primetime game against Georgia in 2019. (Photo: Texags.com)

Jayden Peevy, a senior defensive tackle at Texas A&M, always knew he was an athlete. He just didn't realize he was a football player.

As a freshman and sophomore at Bellaire High School, Peevy played basketball. At the time, he was a 6-6, 250-pound man child. That’s undersized for a big man in Division I basketball, but perfect for a defensive lineman in football.

"I was getting small offers from basketball but I knew I could be better than everybody (in football),” Peevy says. "I told my mom and dad I wanted to play football and they were right behind me, 100 percent."

No one was happier about Peevy's change of plans than the Bellaire High School football coach Herb Kunz and his coaching staff. Peevy tried out for the Cardinals football team as a junior and the rest is history.

"When the coaches got me at Bellaire, they were so excited," he said, laughing. "They saw my frame, and they knew they had something to work with." 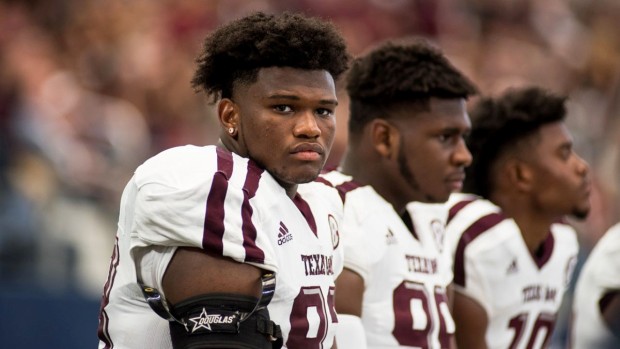 Jayden Peevy sits alongside his defensive teammates while the Aggies offense marches down the field during the Texas Bowl in 2019. (Photo: Texags.com)

Peevy was a work in progress on the football field, but his potential may have been the only thing bigger than him. Despite only playing two years of organized football, Peevy received a handful of Power 5 scholarship by the end of his senior season. He chose A&M over Baylor, Houston and Tennessee.

"They said he was a heck of a basketball player," Texas A&M head coach Jimbo Fisher says. "Those big guys who are 6-4, 6-5 but don't have great handles, and you're not 6-8, 6-9 as an inside guy, sometimes it gets tough. But there's a heck of a life in football for you."

Former A&M coach Kevin Sumlin recruited Peevy to Aggieland, but Peevy credits Fisher and his staff for shaping him into the player he is today.

"It takes time," Fisher said. "People say, 'That guy's athletic. He can play football,' but football is a very, very technical sport. Someone says, 'That guy is a good basketball player. He can be a wideout.' Well, you have to learn how to run a route and how to get open. If you play inside it's, 'How do I fit on a block? How do I use my hands?' All those things are foreign and it just takes time."

The Aggies will count on Peevy more than ever in 2020. The 290-pound defensive tackle is slated to step into the starting lineup in place of Justin Madubuike, who was drafted by the Baltimore Ravens in the third round of this year's NFL Draft. Peevy, who has 56 tackles and 4 sacks in his career, believes he’s primed for a big season.

"God brought me here for a reason," Peevy said. "I prayed about it every night. I talked to my mom and I talked to my dad. I talked to my whole family about it. There were times that I wanted to leave, but I just stuck it out, believed in my faith and here I am."

Peevy and the Aggies will open the season Sept. 26 at Kyle Field against Vanderbilt. See the schedule here and Peevy's stats here.