The Spirit of Duchesne, 60 Years and Counting 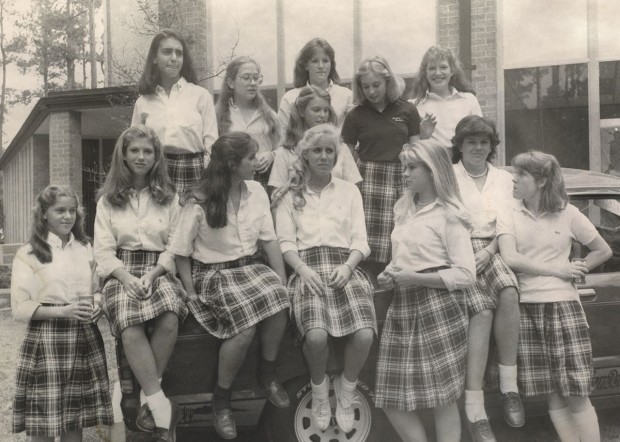 Duchesne students on the White House Lawn in the early 1980s. (Photo courtesy of Duchesne archives)

Duchesne Academy of the Sacred Heart is one of the oldest schools in Houston, established in 1960. Duchesne follows the educational legacy of Philippine Duchesne who began the initiative to develop a Sacred Heart school in Houston. The school acquired the site at 10202 Memorial Drive from the Bering brothers. Last week, I caught up with Sister Ann Caire who was there at the very beginning to discuss the school’s 60 year anniversary.

Sister Ann Caire turned 90 on Jan. 30, 2020 and has been a member of the Religious of the Sacred Heart for most of her life. She is an institution at Duchesne and beloved by all on campus. Mayor Sylvester Turner declared her birthday “Sister Ann Caire Day.”

Duchesne opened its doors Sept. 8, 1960 with 55 students in grades 7-9. Sister Caire was there and said that Duchesne has grown and evolved over the years, constantly adapting to the modern world, but the traditions have always stayed the same. For instance, the first Congé (a day to celebrate community) was held on Feb. 10, 1961. Duchesne students now celebrate Congé every year with school spirit that is reportedly audible throughout the surrounding area.

Sister Caire is everything you’d want and imagine in a revered campus figure (central casting could not produce anyone like her). When I spoke with her, she fondly remembered her early years at Duchesne. “When we first came to Duchesne, the White House was the school and Chimney Rock Road was a cottage. We bought this place from Conrad Bering, and the Bering boys were from Germany. [These are the same Berings who own the store Bering’s Hardware, she explained.] Conrad Bering lived in the white house with their children and they lived in the cottage and then we bought it, I think it was 1.4 acres. We built a little chapel, and the first part of the building was built in 1966, and when the school moved into the building, we moved into the White House.”

The school moved to a new building in the early '70s and has grown into a state-of-the-art facility with countless classrooms from English to Science, and many athletic areas. The White House now serves as a residence for the nuns who live on campus. 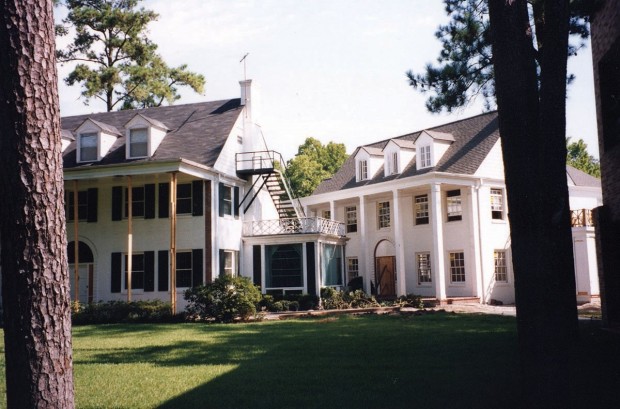 The construction of the new White House and the old White House (1987). (Photo courtesy of the Duchesne archives)

Sister Caire’s favorite memory of Duchesne speaks to the school’s evolution and spirit. “One time in the early '60s on the feast of Mater (a celebration in the Roman Catholic Church of the Virgin Mary), we had the girls write essays [outside on campus] and it was a literary day. And all of a sudden from Memorial Drive, five horses came onto the field [where the students were standing] when they were reading their essays. One small girl stood and said, ‘I’ll take care of it.’ She stood, and I don’t know how she did it, but she got the horses off the campus with sheer determination.” Sister Caire explained that this remarkable story was the reason Duchesne chose a charger for the school mascot.

The spirit and determination of that small girl exists within every Duchesne student today. As the school has developed from a small schoolhouse into an institution with women working all over the globe, the values and spirit of each young woman remains true to the mission of Philippine Duchesne. Her legacy touches not only our community in Houston, but industry, government, education, and other institutions across the globe. That is what we celebrate this year.