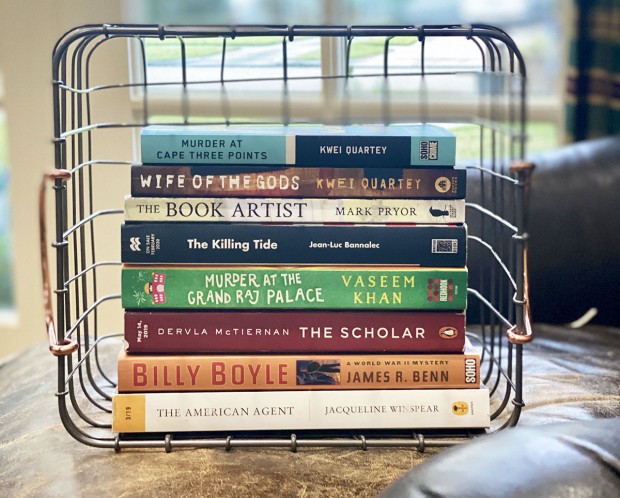 Travel back in time or around the world with these mystery series.

In August for Page Turners’ one-year anniversary, I wrote about my top 10 most-read pieces for the column. As I mentioned recently when I updated the first mystery series list, I was surprised and happy that my two articles on mystery series were in the top 10. So I decided to update both articles, including the originals plus some adding some new ones that I have stumbled across since. If you missed it, here is the first article.

This week, I am updating my list of outstanding mysteries series and am focusing on stories set in foreign locales or with a historical setting. Series that integrate cultural and regional aspects and details especially appeal to me because I feel like I have been transported to another place without ever leaving my home. While we are not able to travel much right now, reading a book set in a different country is also a fantastic way to armchair travel instead.

Historical mysteries provide a similar experience by focusing on an important period or person in history while including an intriguing puzzle that must be solved.

My favorite mystery series with a historical setting: