I Guess They’d Rather Be in Colorado

As the John Denver song goes: “I guess he’d rather be in Colorado.” And this past summer, that especially held true. Colorado appealed to many since it's a quick flight and reasonable drive from Houston. The cooler weather and lower COVID numbers also made it an attractive vacation spot. While most journeyed by car due to COVID-19, a few flew. Whatever way they got there, visitors enjoyed outdoor adventures in cooler weather, with some funny missteps along the way. 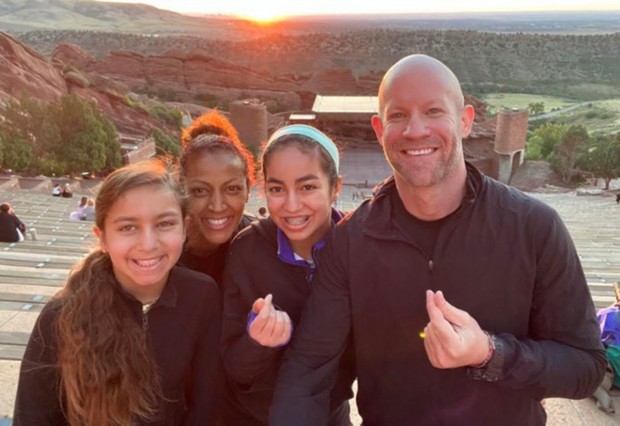 Monique and Steven Kaufman had a fantastic time on their first visit to Colorado, and they look forward to going back again soon. Daughters Vivian and Laurel Kaufman, in the sixth and eighth grades at The Emery Weiner School, had fun hanging out with their parents in a new place. Some of their most memorable activities were watching the sun rise on Red Rocks Amphitheatre and going for a hike in the heat at Bear Creek Lake Park. 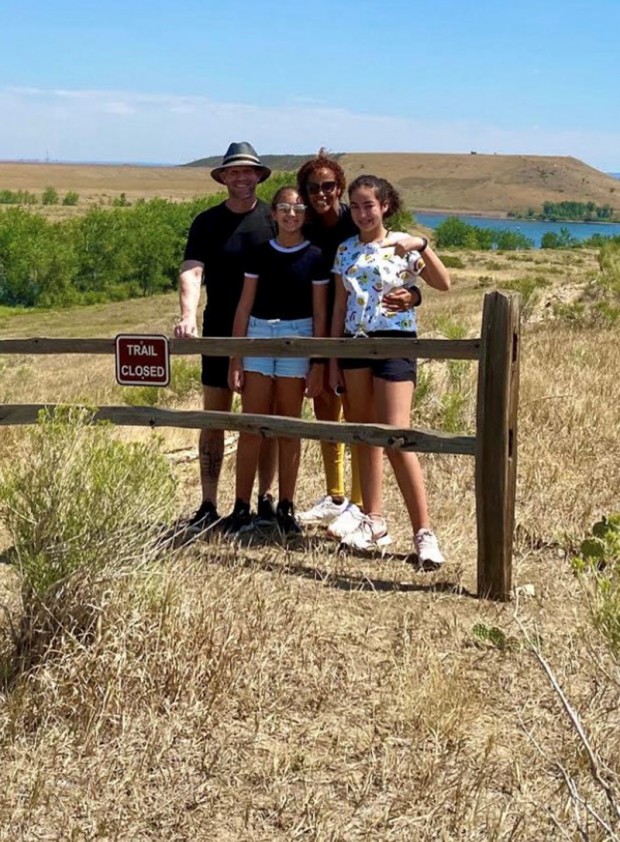 Steven, Vivian, Monique and Laurel Kaufman enjoyed hiking, even in the heat.

On the morning of their flight back to Houston they decided to go tubing in Clear Creek White Water Park located in Golden, a suburb outside of Denver.

“We had a great deal of fun in the cold, fast moving water,” Monique says. “We were so short on time after tubing that we literally ran through the hotel parking garage and lobby to make it to the room in time to shower, check out and make it to the airport. We were laughing and rushing the whole time, but it was the most exciting way to end our adventure.”

They enjoyed their trip to Colorado so much they didn’t want to leave. After their tubing adventure, they had a 35 minute drive to their hotel before going to the airport. Thankfully, they made it to the airport just in the nick of time. 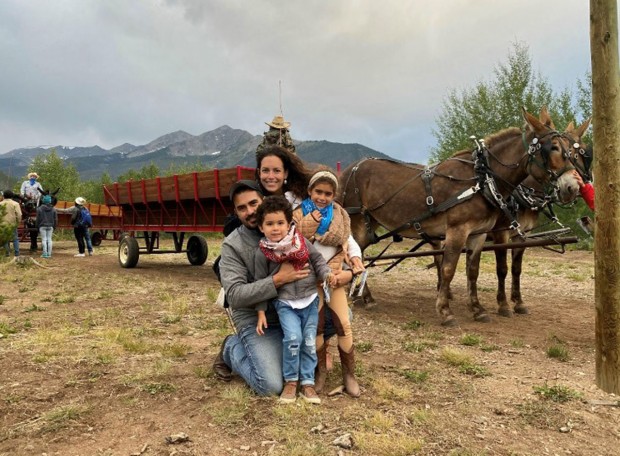 For the Sanchez family, it was the start of their trip that was comical. Parents Jodi and Josh, along with their first-grader Juliette and pre-K student Jake, set out on a road trip to Breckenridge. They made stops along the way and kept their kids occupied with screens and pre-wrapped inexpensive toys to open when needed.

After loading the car from her first grocery trip in Frisco, CO, a woman tapped on Jodi's window to warn her of the flat tire on her car. While on the phone with her husband asking him what to do, the same woman got her attention and pointed out a tire place 70 feet away. Jodi walked over and found a mechanic to pump up the tire enough to drive it to the shop. After dropping off her car, Jodi stopped to buy more groceries, and realized her phone was at a 7 percent charge and wouldn’t let her open Uber.

“Uber isn't really a thing in the mountains,” Jodi said. “But I got lucky, because there was an Uber in Vail, 35 minutes away, and he was en route.”

Her quick grocery run became a four-hour grocery-tire-Uber ordeal! Jodi finally made it back to the rental home and immediately poured a huge glass of wine and got a bear hug from Josh and the kids. Fortunately, the trip was filled with nothing but fun from that point on, including a chuck wagon ride, a wild west show, and a pontoon boat ride. They also ran into a several Houstonian while in Colorado. 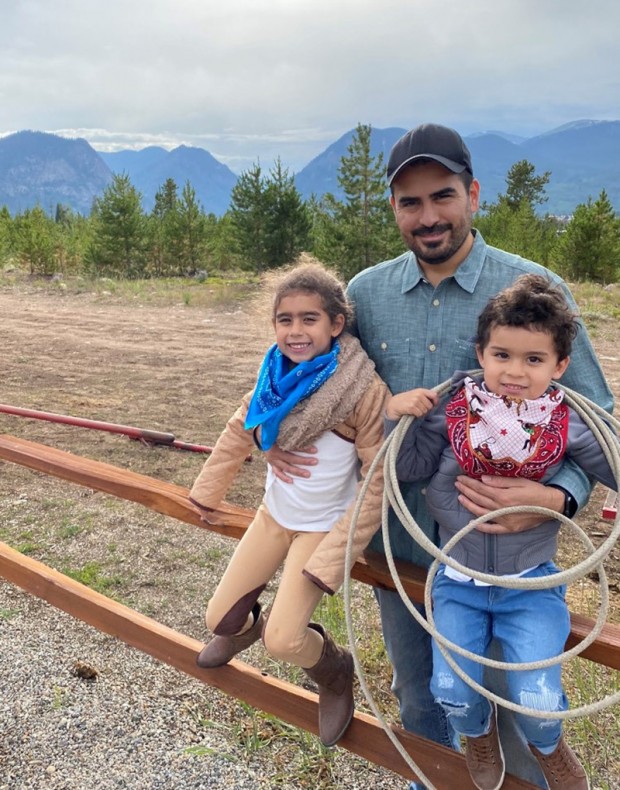 One of these locals was Rachel Strauss, traveling with her husband Levi, and their children Leo and Goldie, both students at Beth Yeshurun Day School. They enjoyed riding the Gold Runner Alpine Coaster (an outdoor train), going white water rafting, and hiking in the mountains.

While taking a break in a Vail park, Rachel was talking on the phone with friend from Bellaire about meeting up in Breckenridge later that day. Jodi Sanchez was also resting nearby, and her ears perked up when she heard Rachel, who she did not know, inquiring about where to find a challah. After consulting with her husband (who said not to ask), Jodi decided to ask Rachel what bakery she recommended, and a friendship was born! They hung out that evening with a distanced get-together with other local visitors. Rachel and Jodi still keep in touch and hope to hang out not at a distance someday. 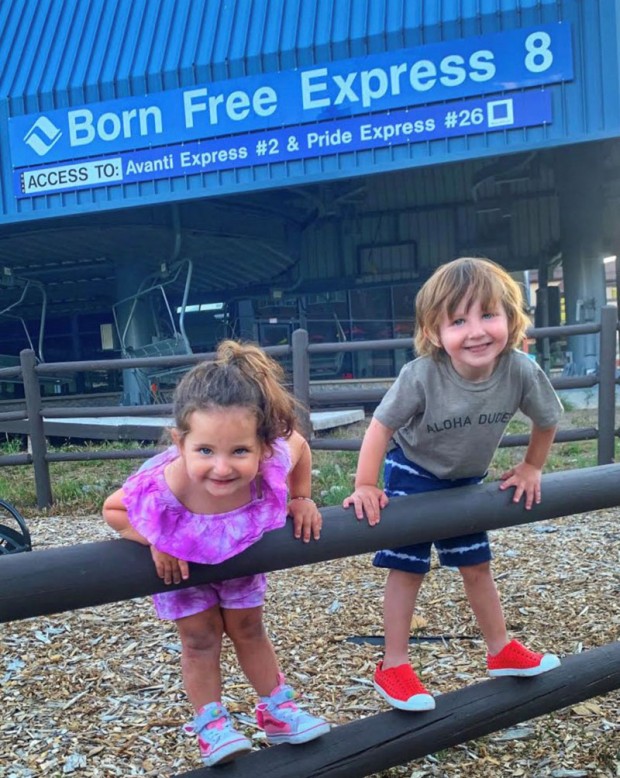 Goldie and Leo Strauss loved exploring the mountains in Vail.

Many families looked to Colorado as an escape from a summer in Houston and returned with memories and some new friends. This has helped invigorate people as they continue to quarantine and deal with a much different school year. Even during these difficult times, these parents figured out how to create lasting experiences for their children. 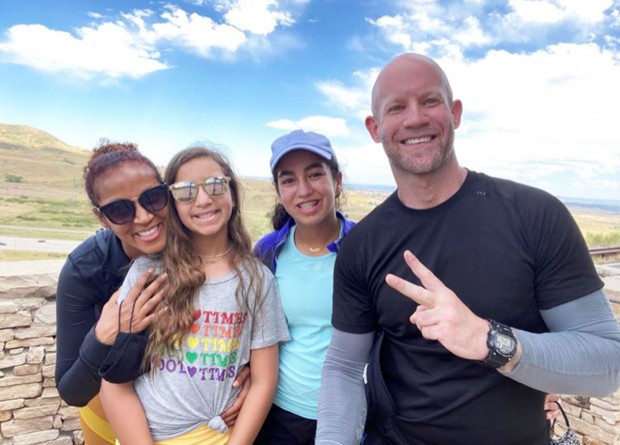 Monique, Vivian, Laurel and Steven Kaufman had so much fun in the beautiful outdoors. 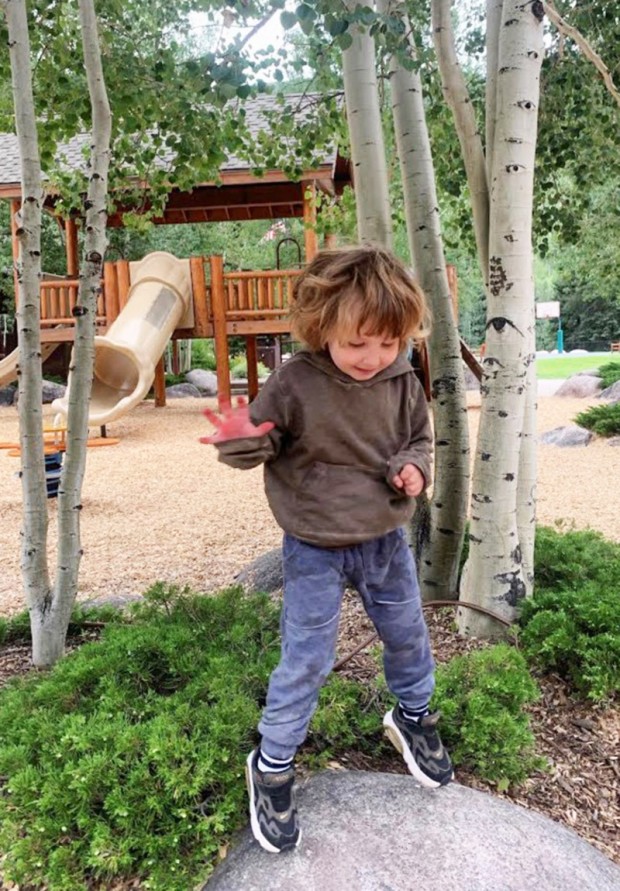 Leo Strauss jumping for joy on this family vacation. 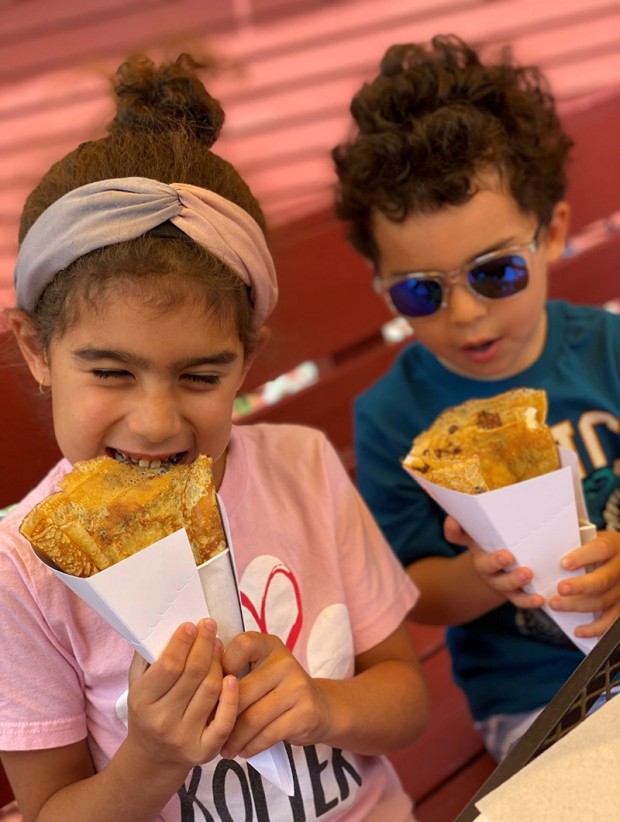 Juliette and Jake Sanchez were excited to try crepes in a cone.

Goldie and Leo Strauss got lots of outdoor time in CO.