The granddaddy of family reunions 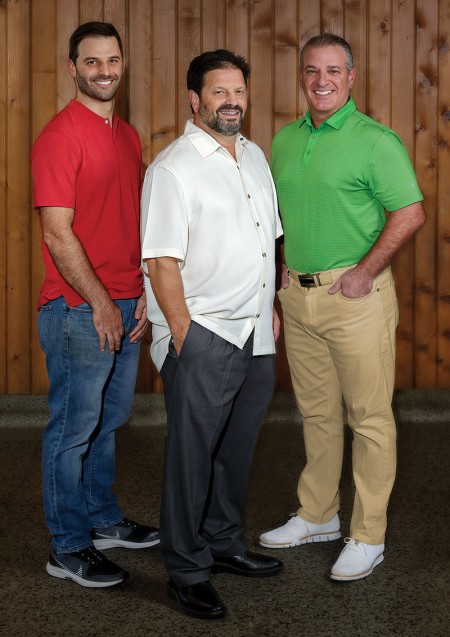 Some 400 family members strong, this reunion is so big that it only happens every five years or so. Partly, that’s due to the fact that it takes a full year to plan. Add to that relatives traveling to Houston from Missouri, Illinois, Virginia and California, and the necessary lead time balloons. This year was to be a reunion year before the pandemic overtook everyone’s calendars.

The huge family started with Marguerite and Sam Mandala, who married in 1863 in Santa Cristina Gela, a Sicilian village near Palermo, in southern Italy. Marguerite was a housekeeper and Sam a hired hand. After having eight children in Italy, they left on a boat for America, along with so many other immigrants during the late 1800s. Small groups of the Mandalas came over at a time, first a son-in-law, then a daughter and her children, then others, and eventually Marguerite and Sam. Upon their arrival at Ellis Island, someone spelled their surname wrong on the passenger list: The Mandalas became the Mandolas.

Of those eight children, “The vast majority were farmers,” says Michael Patronella, who is a great-grandson of Vitusa, the second oldest of Marguerite and Sam’s children. “Farming food led to preparing food, and the natural progression was to go into the grocery store business. Both my grandfathers were grocers. That love of food and the family recipes of Italy eventually spilled over into the restaurant business.” 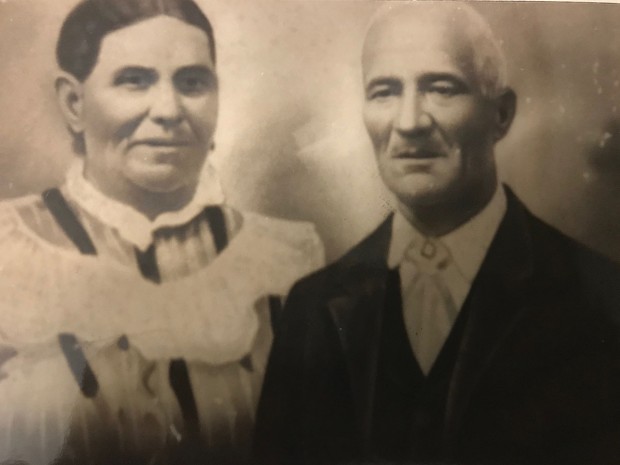 Marguerite and Sam Mandala, who started their family in Italy in the 1800s.

The Mandolas have given Houston many of our most beloved restaurants: Carrabba’s, Grace’s, Mia’s, Damian’s, Vincent’s, Nino’s, Grappino’s, Pronto, Tony Mandola’s, Ciro’s, Mandola’s Deli and Ragin’ Cajun. This summer, Vincent Mandola, owner of his eponymous restaurant as well as Nino’s and Grappino’s, passed away, saddening those familiar with his hospitality and that famous rotisserie chicken.

“We’re proud of our restaurateurs,” Michael says. “But my brother is a plastic surgeon, I’m a lawyer, I married a [non-Italian] girl who is a doctor. We have accountants, insurance agents, real estate brokers, pipe fitters, iron workers, welders. Any occupation you can think of, we have that.”

Joyce Coles – “one of my thousand cousins,” Michael says – was the first Mandola family reunion planner in 1987.

“Was it at Lenox, the first one?” Michael asks Joyce.

“Yes,” Joyce says. “I knew someone would ask me that, so I just looked back. I’m older than the pope now, so you’ll have to excuse me. The first two were at Lenox Ranch, and then we moved to Regal Ranch. The first one was covered by the Chronicle, and it was called ‘the biggest reunion of all.’”

To plan that inaugural gathering, “we met at a barbecue restaurant,” Joyce remembers. “They appointed things for everybody to do, and I and another cousin got assigned to writing a book. We spent like two days a week at every library in town, writing and looking. My mom was living with me, and when I asked her what she remembered, she would have to go call this cousin and that cousin. So we got a lot of information right from the horse’s mouth. The book is copyrighted, which I did because I thought, ‘Man, this is hard work.’”

Like the gaggle of “Nicks” in the movie My Big Fat Greek Wedding, the Mandolas count a whole bunch of Franks and Vitusas and Vitas as cousins. That’s because the tradition was that a couple’s first male child would be named after his paternal grandfather, and their first female child would be named after her paternal grandmother. Same for the second children – only those names came from the maternal grandparents. The Frank Mandola who owns Mandola’s Deli goes by Frank A. Mandola, even in casual conversation, just so you know which Frank you’re talking about.

Besides the similarities in names, Michael says family members “love to have a great time. We are gregarious and love to dance and party.” Of course, food plays a big role in that. 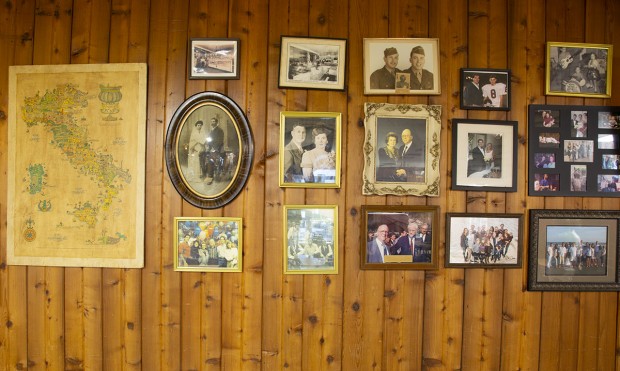 Last year, Michael got a call from cousin Teresa Palermo. “Tee called and said it’s time we have another reunion, and it’s falling on our generation to plan now,” he says. “She coordinated, and we got together at Ciro’s, who is another cousin, and we formed a committee.” Nine cousins – Michael, Tee, Margaret Gentempo Bader, Maryann Palermo Bankston, Ciro Lampasas, Jr., Sam Palermo, Marilyn Gentempo Walden, and Laurie Sedita Baker and her 80-year-old father “Baby” Joe Sedita – signed on. “My cousin Sam nominated me to be chairman,” Michael says. “I wasn’t sure I wanted that, but Sam took a vote and everyone raised their hand.” The date was set for April 25, 2020.

“A lot of cousins were saying they were tired of going to a ranch and having barbecue,” Michael says. “Our big tradition growing up was gathering at our grandparents’ house on Sundays and having pasta dinner. We’re Italian. We need to be eating Italian food.

“At first, the restaurants were going to donate the food. But then [we realized] it was going to be a logistical headache, and we wanted them to come and not worry about bringing food. So I called my friend Tammy Vogt Smith, who is a former owner of two Mario’s Pizzas. She owns a venue called Heaven on Earth [an historic Victorian mansion turned event venue]. I called her and said, ‘Tammy, I’m in desperate need of some Italian food.’ I knew she could do it. She sent me ideas and said we could have baked ziti, chicken piccata, an authentic Italian experience. I was sold.”

After the food, the cousins in charge added a snow cone machine, a bouncy slide and a rock wall for the 100 children expected to show up. “Whenever I’m in charge, I kind of go over the top,” Michael says. “I got a big banner with ‘Mandola Family Reunion.’ On each side there’s a picture of Sam and Marguerite, the beginning of the tree.”

To honor the eight branches of the Mandola family, the pending reunion’s T-shirts are color-coded by branches of the family tree. Each colored T-shirt depicts a different branch of the family, with Sam and Marguerite as the tree trunks. “I had a picture in my head and I drew it and sent it to another cousin, who is in the graphics business,” Michael says. “He took the design and converted it into an olive tree, olive oil being the heart and soul of Italian food, and also having significance in the Bible. Everybody has a different colored shirt. That way you know which trunk of the family you are from.”

This year’s reunion was set to begin at 10:30 a.m. with a Roman Catholic mass celebrated by Bishop Brendan Cahill, a family friend from Victoria, and Father James Murphy, president of St. Thomas High School, where many of the male family members went to high school. “We also scheduled a DJ who performed at a lot of weddings, including mine,” Michael says. “He’s not part of the family, but he’s sort of honorary.” The festivities would continue all day, until 6 p.m. 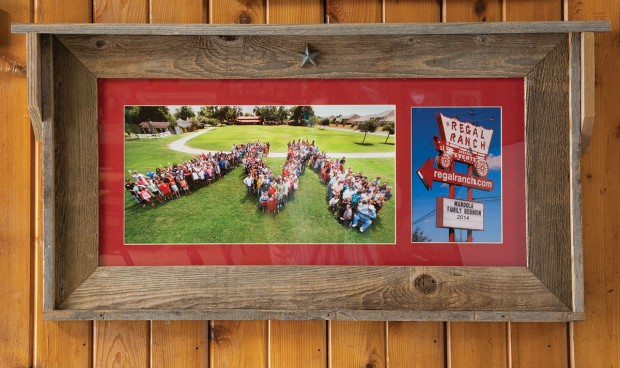 “Marilyn [Gentempo Walden] and her sister Margaret [Gentempo Bader] are kind of the social secretaries,” Michael says, because they keep track of everyone’s contact information.

“There’s a lot of people I want my children to meet,” Michael says. “It’s getting to the point where it’s going to be hard to continue because the tree is getting bigger, branching out. I don’t want the last one to be on my watch, so I’m trying to organize it in a way that we can kind of put it on auto-drive, once we get everybody’s cell phones and emails.”

The 2020 reunion was to be the seventh Mandola reunion. “Lucky or unlucky No. seven,” Michael says. The pandemic pushed the April date to October, and now the rescheduled date has been moved to April 2021. Based on what happens between now and next spring, the date may be pushed back again to October 2021. “We can’t afford to expose the elderly cousins to the virus,” Michael says.

Once it’s safe to gather again, the Mandola family reunion will continue, bringing together all of the family, from little children to the oldest cousin, now 90. Michael says, “We’re going to have to figure out who the youngest is when we get to the reunion.”