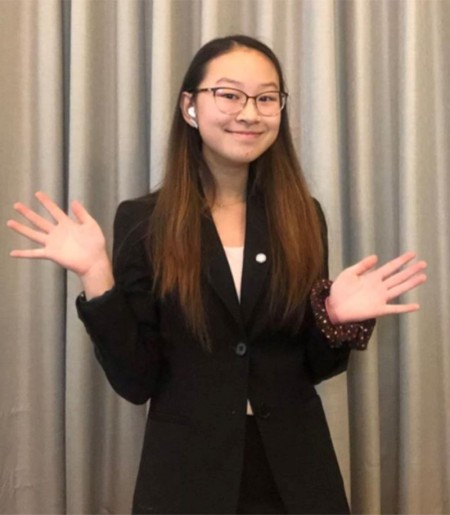 Sophomore Caroline Hsu posing for a photo before her Dramatic Interpretation performance.

Debate rounds were held through the virtual platform of Zoom. Speech preliminary rounds were judged asynchronously through videos, and finals were held live on Zoom on Saturday.

“It’s hard to convey emotions over a video call and it can be difficult to emulate the tournament setting,” said sophomore Caroline Hsu, the VHS Speech and Debate secretary. “It especially is sad that I can’t see my friends at tournaments and do our fun routines, but I really do believe we can make the best out of the setting!” 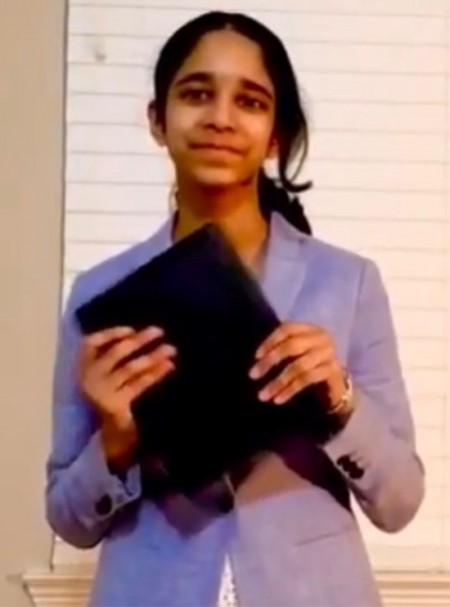 I am speech team captain and, this year, I became the first student to qualify for the Texas Forensics state tournament this year in Original Oratory.

Although COVID-19 put an international pause on productivity for many students, the Speech and Debate team has begun adjusting and learning to succeed in an activity they love virtually.

“Overall, this was the first real tournament of the year and it was enjoyable,” said Hsu. “Everyone did an amazing job, and I’m extremely proud of all of my teammates.”