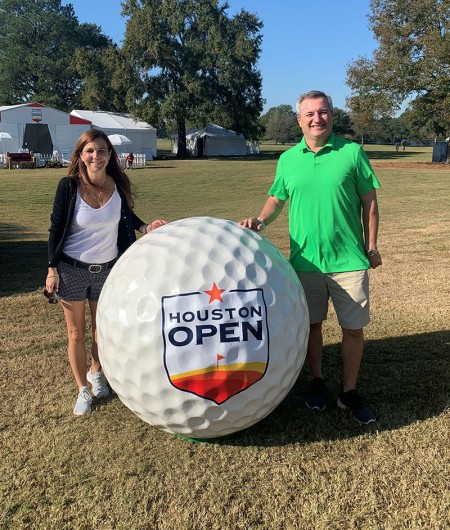 Kelly and Jake Metzger had a real ball at the Vivent Houston Open.

Houston's Memorial Park Golf Course recently welcomed back its old friend, the PGA Vivint Houston Open. It was the first time they had seen each other since 1963. They had a lot of great memories from the 14 times they had been together from 1947 until the Open moved out to the ’burbs in the ’60s.

The players were happy to have the roar and energy of the gallery back at a tournament. Golf fans who were lucky enough to watch the Vivint Houston Open in person and enjoy the picture-perfect weather said that attending felt like scoring a hole in one. 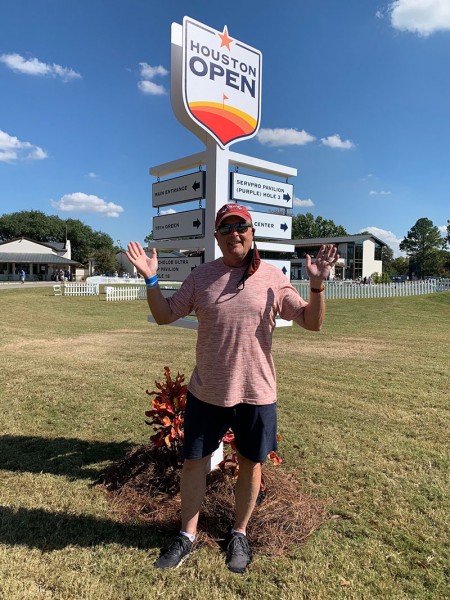 West U. resident John Brewer is seen evaluating his many options at the Houston Open played at the newly-renovated Memorial Park Golf Course.

Rumored to be one of West University’s top golfers, John Brewer shared, “Houston weather was at its best creating a wonderful setting for players and fans. The course was challenging for the pros with hard greens and difficult pin placements. The event was well managed with appropriate COVID-19 protocols, wonderful food and drink options, and parking was not a problem.”

A lifelong golfer, David Reddell - member of the famed King High School golf team - and his wife Amy appreciated their easy drive from River Oaks to Memorial Park. “We enjoyed the smaller crowd. Amy is 5’3” and could actually see the golf!” David and Amy said they were blown away by the golf course and excited that Memorial Park hosted the tournament. 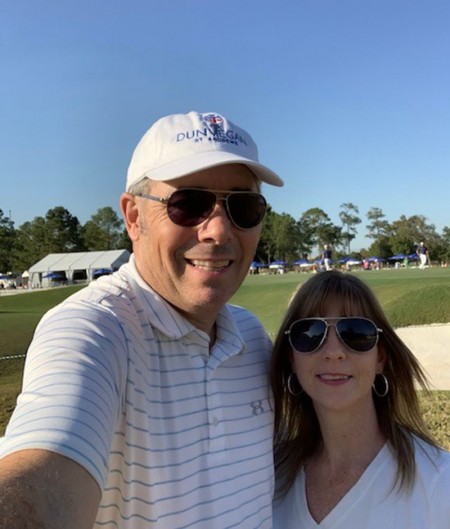 David and Amy Reddell enjoying the view and excitement by the 18th green.

Jake Metzger grew up less than four miles away from the course and enjoyed an entertaining day at the tournament with wife Kelly. Jake reported, “Saturday was tailor made for enjoying the Vivint Houston Open. Limited spectators offered fantastic golf viewing of the best players in the world.”

The last four years, Mike McCoy’s son, Grant, has been a member of the St. Thomas High School golf team. The team practices and plays tournaments at the Memorial Park Golf Course, so Mike is familiar with the venue. “The course looked amazing. With the limited fans, you could even hear conversations between players and caddies.” 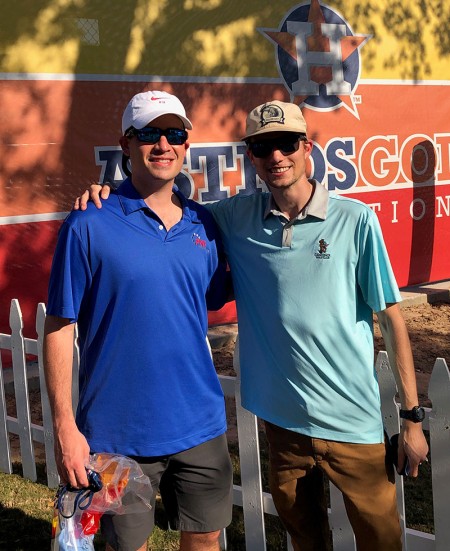 Longtime friends Connor Quinn, Kendall Wadley and Daniel Niefield already have lots of great memories since they grew up together in the West U and Braes Heights area. They added another good one to their list of favorite experiences this weekend when they hit the Texas Open. Connor shared, “It was great to see the course in PGA condition due to the efforts of the Astros Golf Foundation.” A good time was had by all.

In addition to the great views, the spectators were treated to some fantastic golf. The Houston Open field was impressive with 16 of the top 50 players in the world, including Hall of Famer Phil Mickelson, former No. 1 Brooks Koepka, Adam Scott and Texas-based players Jordan Spieth and Scottie Scheffler, the PGA Tour’s rookie of the year.

Memorial Park Golf Course wasn’t the only one who had a PGA-worthy debut. Joining the festivities was Carlos Ortiz, the 2020 Vivint Houston Open’s winner. Ranked at 159, the relatively unknown player shot 13 under to beat two impressive second-place tie winners: No. 1 ranked Dustin Johnson and No. 18 Hideki Matsuyama of Japan, who both shot 11 under.

After 118 starts, Carlos Ortiz was able to celebrate his first PGA Tour victory. Ortiz grew up in Guadalajara and played for The University of North Texas in Denton. He lives in Dallas and considers Texas his second home. Ortiz and his wife unsuccessfully held back tears of joy after he sunk a 22-foot birdie putt on the 18th green. Ortiz became the first player from Mexico to win on the PGA Tour in 42 years.

There were a lot of great wins this weekend: The PGA had a great tournament and the players enjoyed the course and look forward to coming back next year. But perhaps the biggest winners of all are Houston golfers – for the next 11 months, anyone can play Memorial Park’s PGA tournament-worthy course for under $40. Better hurry up and call for a tee time, Ace. 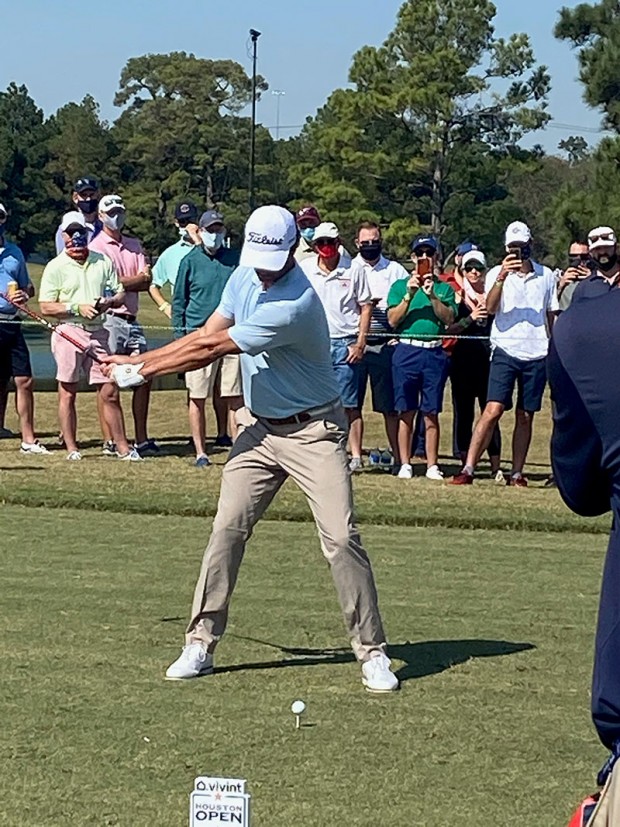 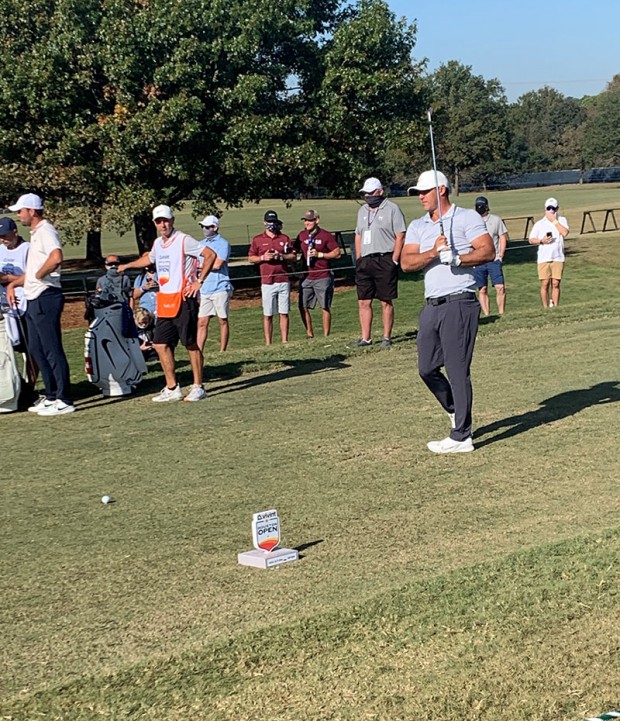 Four-time major winner, Brooks Koepka, on a mission to make a birdie on the Par 3 11th hole. (Photo: Jake Metzger) 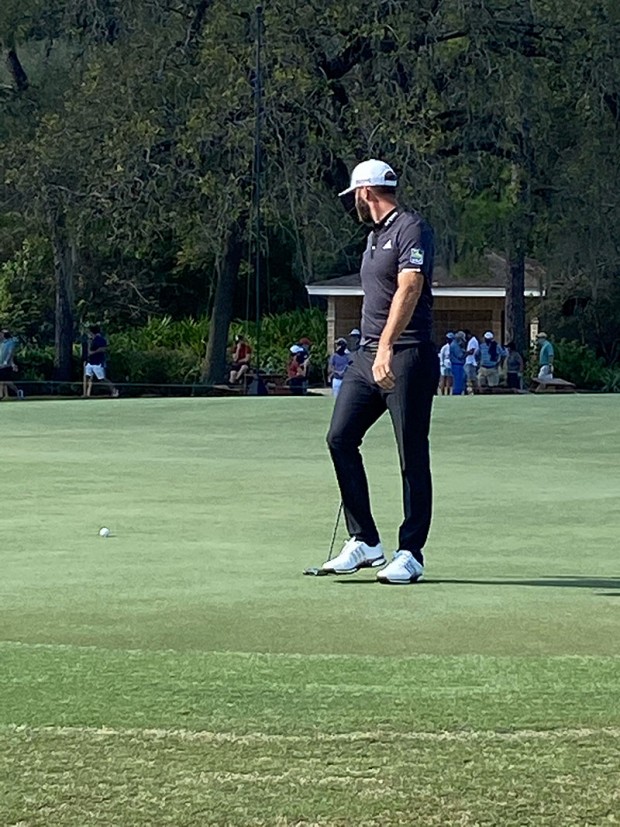 Dustin Johnson strutting down the fairway on the 15th hole. (Photo: Mike McCoy) 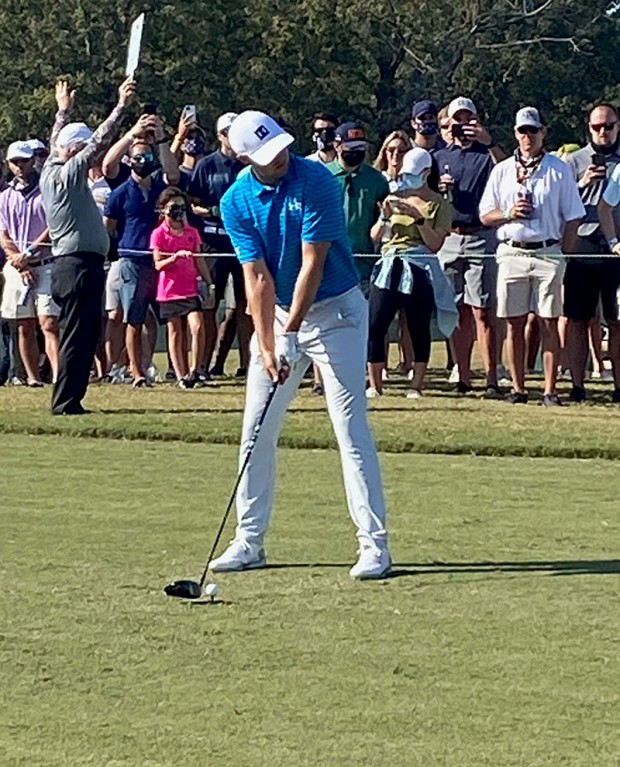 Texan and fan favorite, Jordan Spieth, gets ready to take his shot on the 18th green. (Photo: Mike McCoy) 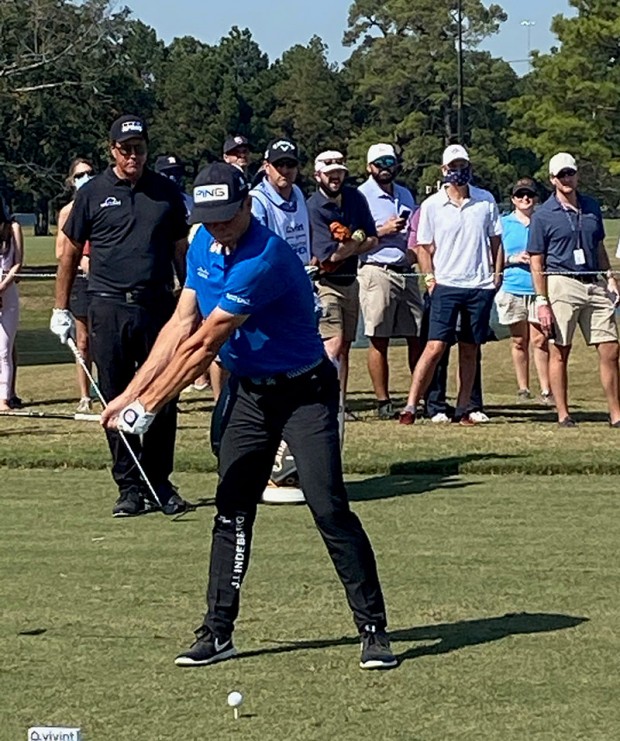