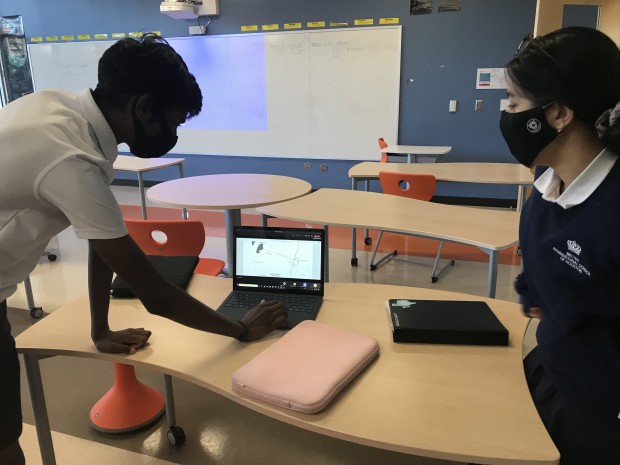 As students gradually return to school this year, they are left with a big question - what about my extracurriculars? Is my sport on? What about Model United Nations? Schools across the country all have varying degrees of returning to normalcy as they attempt to safely bring back extracurriculars. The British International School of Houston has begun to start up a few of its extracurriculars, including Mock Trial, with students attending via virtual meetings.

Mock Trial involves two teams (prosecution and defense) arguing over a specific case. Participants will be judged individually and then their total will be added to create a final score. There are three witnesses and three lawyers (one of them being the lead attorney) per team. There is also another interesting competition for best courtroom artist where artists can participate. Whether you are dramatic, artistic or interested in debating, mock trial has something for everyone.

Last year was my first time competing in Texas State Mock Trial Competition, and I was the main witness for the prosecution. We spent the first few months looking over the case and then in October we began to decide on roles. We would work on questions, prepare our statements and spend time in ‘mock’ mock trials to refine our arguments. This year will obviously be a little different.

Instead of starting off way back when school began in August, the extracurriculars were only given the go ahead a couple weeks ago. Because of this, our virtual meetings at break are still spent going over the case together for now. In a week or two we will begin choosing roles - we’ve gained quite a few new people since last year so not everyone will have a spot - and then will get to work writing questions and memorizing witness statements.

The Zooms at break are much more lecture style as it is harder to have large discussions over Zoom as opposed to in person. However, once we break off into smaller teams and focus on our specific roles, collaboration will be a lot easier.

As Sana M. (a prosecution attorney for BIS Houston last year) says: “It is really strange having to work with other members virtually this year. It is definitely a challenge, but I’m positive the team will perform outstandingly.”

In spite of all these changes though, I am still excited to be able to work alongside my teammates to compete in this national competition. Mock trial is an amazing opportunity for me to practice and improve my public speaking and arguing skills and being able to look at a case from both sides will help me become more open minded and analytical. Our team is incredibly lucky that we are able to still work together over zoom and develop our arguments for this very educational extracurricular.