A New Year (thank goodness!) and So Many Good Books to Look Forward to 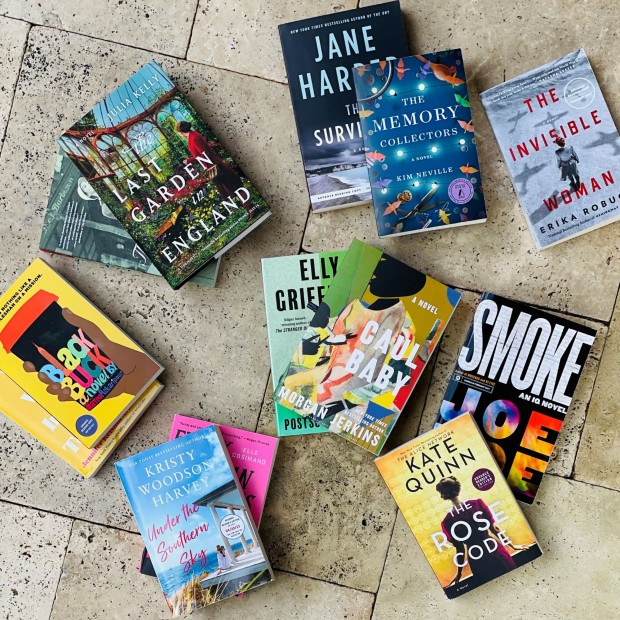 Clear your calendars! 2021 will be a great year for books.

Happy New Year! I am excited for the new year and hopefully an end to the pandemic. I have started to think about my reading goals for 2021 and while doing so, I looked back on what I had wanted to focus on for this year. 2020 was such a strange year, but when I wrote this column last year I stated that my first goal was to read more nonfiction in 2020, and I managed to complete that goal. I read more nonfiction this year than I did in the prior three years combined!

A slew of great books are coming out in 2021 so I decided to highlight the titles I am most excited. I have read some of the books already (I starred those), and the rest are high on my list to read very soon.

*The Four Winds by Kristin Hannah
Harlem Shuffle by Colson Whitehead
*The Invisible Woman by Erika Robuck
*The Last Garden in England by Julia Kelly
The Last Tiara by M.J. Rose
*The Rose Code by Kate Quinn
The Secret Keeper of Jaipur by Alka Joshi
*Surviving Savannah by Patti Callahan

*The Survivors by Jane Harper
*The Breaker by Nick Petrie
Down Range by Taylor Moore
Finlay Donovan is Killing It by Elle Cosimano
Her Dark Lies by J.T. Ellison
In the Company of Killers by Bryan Christy
*The Postscript Murders by Elly Griffiths
Smoke by Joe Ide

*The Barbizon: The Hotel That Set Women Free by Paulina Bren
Broken (in the best possible way) by Jenny Lawson
*Come Fly the World: The Jet-Age Story of the Women of Pan Am by Julia Cooke
Footnotes: The Black Artists Who Rewrote the Rules of the Great White Way by Caseen Gaines
*Moms Don’t Have Time To: A Quarantine Anthology edited by Zibby Owens
Robert E. Lee and Me: A Southerner’s Reckoning with the Myth of the Lost Cause by Ty Seidule
Rock Me on the Water: 1974- The Year Los Angeles Transformed Movies, Music, Television, and Politics by Ronald Brownstein
The Three Mothers: How the Mothers of Martin Luther King, Jr., Malcolm X, and James Baldwin Shaped a Nation by Anna Malaika Tubbs
When Women Invented Television: The Untold Story of the Female Powerhouses Who Pioneered the Way We Watch Today by Jennifer Keishin Armstrong
Women in White Coats: How the First Women Doctors Changed the World of Medicine by Olivia Campbell