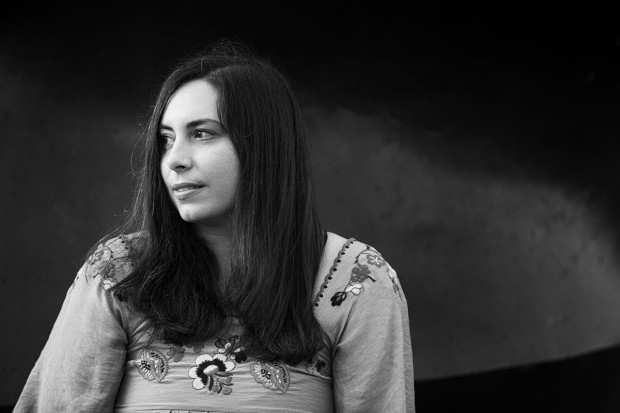 Houstonian Alison Wisdom has published numerous short stories and her debut novel is out this week.

Houstonian Alison Wisdom’s debut novel, We Can Only Save Ourselves, published this week to much acclaim. Alison lives here in Houston with her husband and two children. She graduated from Baylor University and holds her MFA in fiction from Vermont College of Fine Arts.

Alison’s novel follows the disappearance and radicalization of a town’s “golden girl” told from the perspective of “chorus of mothers” in the town she left behind. The story focuses on belonging, the pressure to conform, and the stress resulting from societal conventions. I am midway through it and am loving her voice and the captivating storyline.

I love highlighting local authors and reached out to Alison to learn more about We Can Only Save Ourselves. Below she discusses her inspiration for the storyline, the challenges she faced while writing the novel, and more: 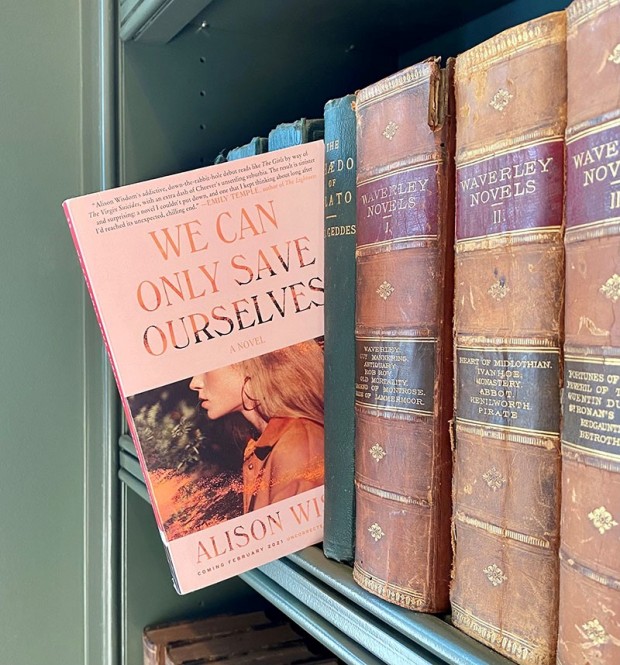 Alison Wisdom's debut novel, We Can Only Save Ourselves, is a fascinating and sharp social commentary.

Please tell me a little bit about We Can Only Save Ourselves.

We Can Only Save Ourselves follows Alice Lange, all-around golden girl and the pride of her idyllic neighborhood, as she gives up the conventional future expected of her—homemaker, wife, and mother—and runs off with a stranger named Wesley and joins his group of young women all living together in a little bungalow. Together, they are seeking a life of authenticity and enlightenment, but over time, Wesley’s methods of achieving those goals become more and more dangerous, and tensions among the girls begin to rise. Meanwhile, back home, the mothers in Alice’s neighborhood mourn the loss of their perfect Alice and worry about her well-being, but also resent the tear she’s made in their idyllic world, leaving them to wonder if things were ever as perfect as they had thought.

What inspired you to start writing it?

There were a couple of things: first, I was reading a lot about different kinds of cults, and when I got to the Manson family, I was really struck by an assertion a historian made; he said that the Tate and LaBianca murders committed by the Manson family marked the end of the ‘60s as both an era and an ideology. Suddenly, the danger and violence that seemed far away, like in Vietnam, for example, was right here at people’s doorsteps, and people were forced to reckon with that. I imagined a young woman running away from her “perfect” home and the shock and grief that would create in her community as kind of a microcosm for that sense of security and control giving way. The other thing is I became a mother, and I, too, had to come to terms with my own limitations of what I could control; I could only do so much, and there are so many scary things out in the world, and I wanted to explore that in my writing.

What comes first, the plot or the characters?

For this book, the characters came first. From the time I visualized the first scene, I saw Wesley and I saw Alice. I, of course, knew loosely what was coming for them—that she would leave her world behind for his—but I had them before I had anything else. Then as I kind of began gathering up characters and giving them personalities and setting them loose in the world I was making, they had an impact on the plot. Because Apple, for example, is this kind of girl, she would do the kind of thing that would set all of the other things in motion.

What were the key challenges you faced when writing this book?

Time! Honestly, looking back at it, I’m shocked I ever completed this at all! When I started this novel, I had one child who didn’t nap and a bunch of other writing projects I was juggling as I tried to figure out how to write a novel, haha. When I really, truly began work on this book in earnest, I had an almost four-year-old and a brand new baby. Thankfully, the four-year-old started pre-school everyday, and my second baby, praise the Lord, did nap. So while my daughter was gone and my son was sleeping, I did nothing else but write. I didn’t wash the dishes, do laundry, take a shower, clean the house. Everything was a mess, including myself, but eventually I had a finished book. Since then, things have continued to be chaos, exacerbated by Covid-19, and now that my book is launching, and I will eventually begin something else, I have to remind myself I did it once before; I can do it again.

How did you come up with the title to your book?

It’s actually a line in the book! It didn’t have a title literally until I had to give it one so I could send it to agents. But as soon as I saw the line in the book it came from, I knew it was a good one—both the mothers in Alice’s neighborhood and the girls in Wesley’s group are insular communities concerned about survival, safety, and security. Though their methods look different, their concerns are the same. There isn’t room for other people in the worlds they’ve created for themselves.