Hang In There, Houston

At roughly 2:30 p.m. on Wednesday, Keri Henry was sitting in her car, parked in the driveway of the West University fire station. She and her seven-year-old daughter had just finished driving three pallets of water over to the Ronald McDonald House, an organization serving families with seriously ill children, and Keri was eager to deliver water to whoever else needed it.

“Hi, do y’all need cases of water by chance?” I overhear Keri asking a firefighter.

The firefighter responded yes, and Keri proceeded to tell him to take the two cases of water in the front of her car and the two cases in the backseat.

“I can bring more if y’all need more,” she added, listening attentively as the firefighter proceeded to explain needs in the community and among first responders.

Early on Wednesday, the City of Houston announced a boil water notice, meaning all water consumed by people and pets should be boiled to kill potential bacteria. This announcement came on the heels of record-low temperatures, which many Houstonians endured without electricity. Millions across Texas continue to be without power, and now many are facing a limited supply of potable drinking water.

“Even the emergency relief people need water,” Keri tells me after her encounter with the fire department. “I think people always assume first responders have what they need but they don’t.”

Keri, a West University resident, is one of several local volunteers who are trying to help as this dire situation continues to unfold. At a warehouse at 3900 Almeda Dr., two different organizations are collecting water, generators, blankets and other supplies that people like Keri then help distribute across Houston.

Those two organizations, Texas Relief Warriors and CrowdSource Rescue, stem from Hurricane Harvey, when volunteers came together to help rescue people from flooding.

Currently, people can indicate that they need help through an online platform, and CrowdSource Rescue utilizes mapping technology to connect volunteers with the need.

Cara Adams, who founded Texas Relief Warriors, says the greatest need right now is among those with medical conditions as well as the elderly population.

As Cara is running this organization, she herself is running on about two hours of sleep, and without a shower in three days. On Tuesday, Cara was up until 4 in the morning with a group of volunteers, cooking 2,000 eggs to be served as breakfast tacos to the elderly.

“I’ve been in some senior living facilities that are eight stories high. Nobody is helping them come down or get water,” says Cara. “They are hungry and they are cold.” 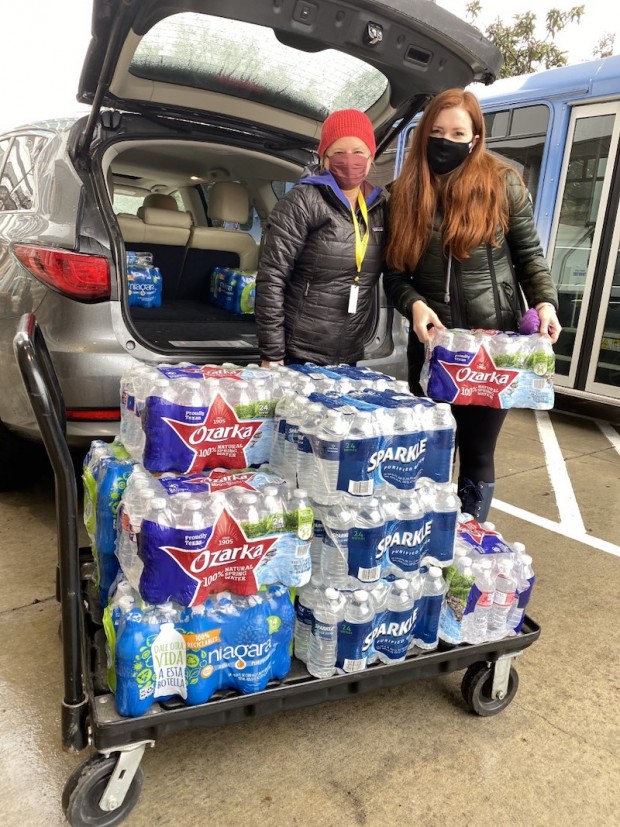 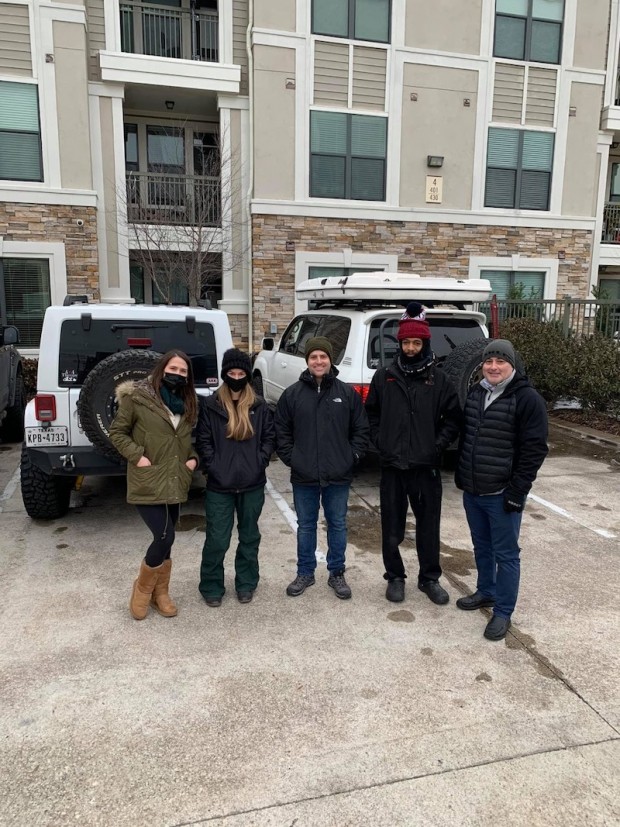 Cara Adams and a group of local volunteers dropped off food and other supplies to a senior living center in Sharpstown. (Photo: Courtesy of Cara Adams) 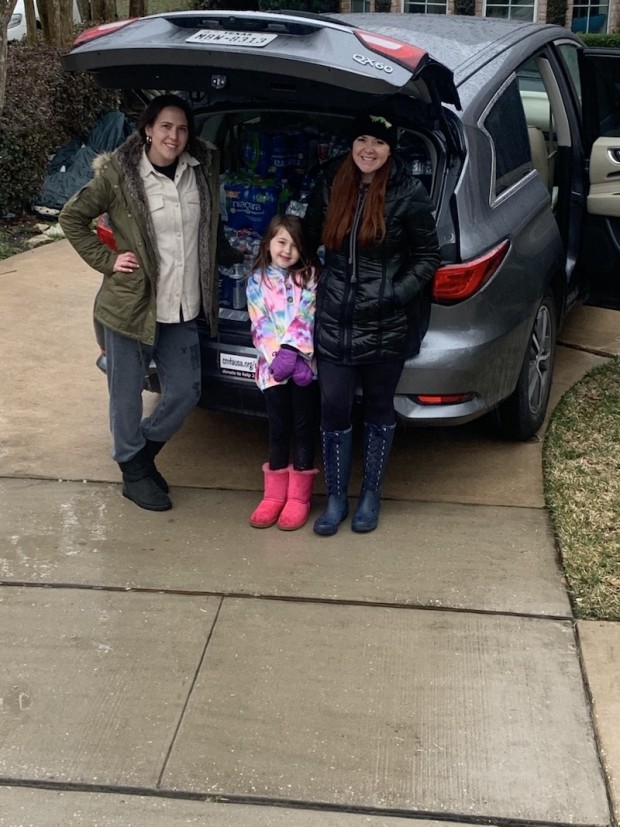