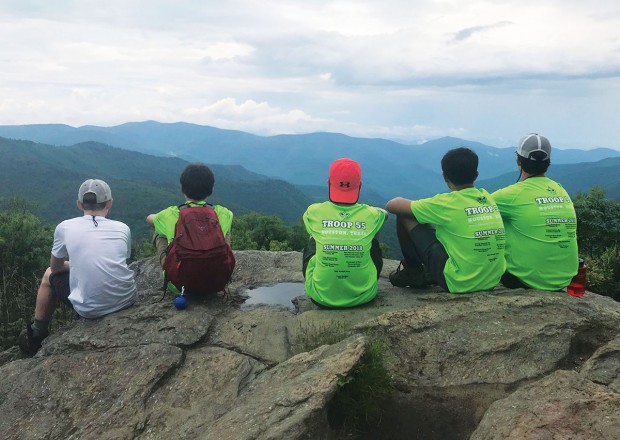 Four summers ago, my father came to me with the idea of taking a group of Scouts on a 30-mile backpacking trip on the Art Loeb Trail. Over the course of the six months leading up to the summer of 2018, our group of five Scouts and four dads prepared for our long and hard backpacking trip to come. We watched videos about bear safety, went to REI to get fitted for backpacks and learn how to pack them, got a lesson on how to set up a campsite the right way (in order to prevent a bear attack while sleeping), and participated in multiple practice hikes around the Rice University campus.

On the first practice hike, one of the Scouts, Hudson, barely made it 100 yards before taking off his pack and declaring that the pack was far too heavy for him. Upon further inspection of the pack, nine different knives were pulled out of the pack and set on the ground. Another Scout, Grant, swore that he was going to bring his pillow with him, and he was going to get the best sleep ever. Next hike, he had learned his lesson, and the pillow was nowhere to be found because it was too big, and it wasted space.

Six months later, we were finally on our hike. The first night, we set up camp on the summit of Black Balsam Knob, the place to see a bear. We set up camp, and when we went to bed, a bear came, climbed a tree, and ate half the food from one of our bear bags. However, the camp was set up so perfectly that the bear had no interest in our tents and left us alone. The Boy Scout motto is “Be prepared,” and we were so prepared that all the curveballs that this hike threw at us, we handled. The big lesson that we all learned was, with enough preparation and effort, you can do amazing things.