Pelicans on the court 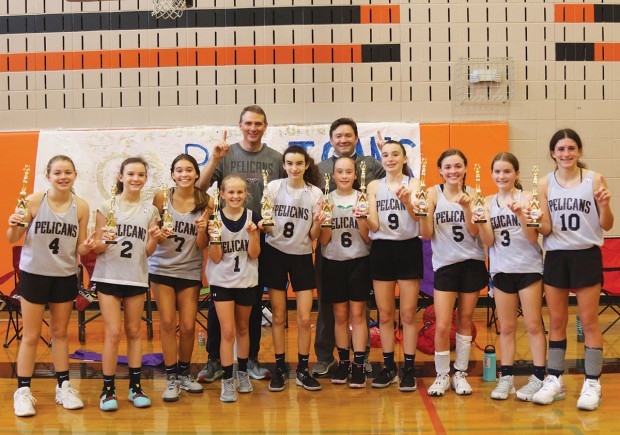 The Spring Branch-Memorial Sports Association (SBMSA) Pelicans (pictured) are senior girls gold-bracket champions. The championship game was a rematch from an early-season contest between the Pelicans and the Spurs. Mary Helen Turner hit a three-pointer to open the scoring for the Pelicans, and a full-court press led the girls to a 40-19 victory. Lead scorer Peyton Walsh had 13 points, Mary Helen Turner and Melissa Ann Saueressig each had 6 points, and Abigail Broussard scored 5. It was a great team effort, and despite the team’s lack of height, they played aggressively, and each girl scored at least once during the season. The champion Pelicans are (top row, from left) coaches Langston Turner and Lance Dardis, (bottom row, from left) Sophia Annino, Leslie Dardis, Abigail Broussard, Kyndall Burgett, Isobel Debakey, Emerson Bryant, Syriah Debakey, Mary Helen Turner, Melissa Ann Saueressig, and Peyton Walsh.