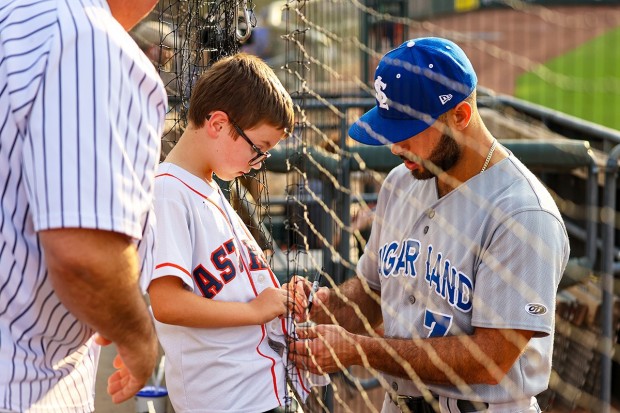 Just a 22-mile drive from Minute Maid Park on 59 South, Constellation Field is the home of the Sugar Land Skeeters, the Houston Astros’ new Triple-A team.

The Skeeters started in 2012 playing in the Atlantic League of Professional Baseball (ALPB), an independent baseball league. This past spring, the Astros acquired the Skeeters and made them a Triple-A member of their family.

As Triple-A is the top tier of Minor League Baseball, fans can see Skeeters’ MLB rising stars in action as well as future MLB players on the opponents’ teams. Triple-A teams often host Major League players who are rehabbing after an injury, so there could be some big-name Astros players sporting Skeeters’ uniforms. 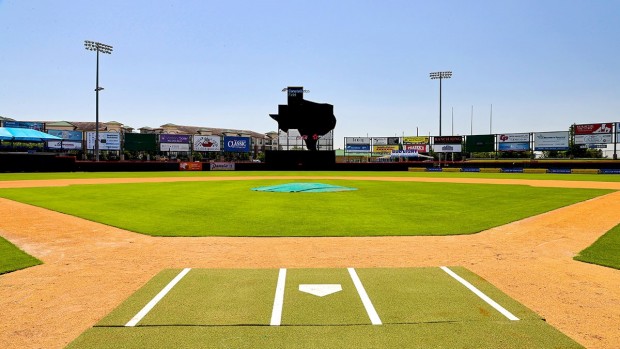 The other Astros' teams include the Double-A Corpus Christi Hooks, the Class A Advanced Asheville Tourists and the Class A Fayetteville Woodpeckers. All of the teams are an important part of the Astros' organization; in fact, 10 of the Astros’ players on the 2017 World Series team previously played on the Hooks.

The fun continues on Constellation Field with a Texas-shaped scoreboard in center field. The scoreboard is also Texas-sized, rising almost 100 feet above the playing field. 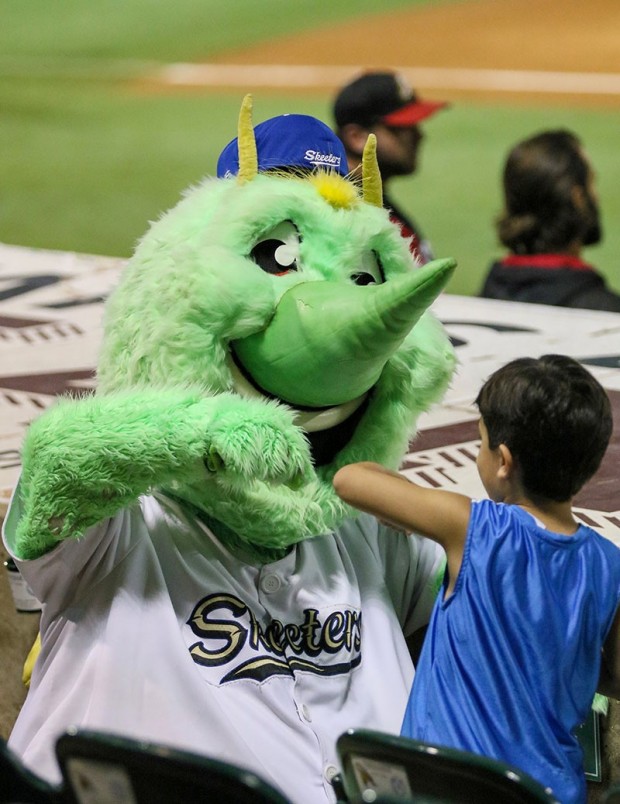 Swatson, the Skeeters’ favorite furry green mosquito, always has fun with the fans and promises not to bite anyone. (Photo courtesy of Ellen Sheehan/Sugar Land Skeeters)

Constellation Field's 7,500 seats are a little more intimate than Minute Maid Park's 40,000. A few family-friendly features include a basketball court, Splash Zone and Playland behind center field, and a swimming pool party rental behind left field.

New in 2021, Constellation Field will offer “Green Fur” cotton candy in honor of Swatson - just one more reason why having the Astros Triple-A Skeeters in Sugar Land is so sweet!

The Skeeters look forward to fans joining them at Constellation Field to celebrate their first year as the Astros Triple-A affiliate.

The Skeeters’ home opener is Thurs., May 20, 7:05 p.m. vs. the El Paso Chihuahuas. Tickets start at $8 for lawn seats. See ticket info and the schedule for upcoming games here. 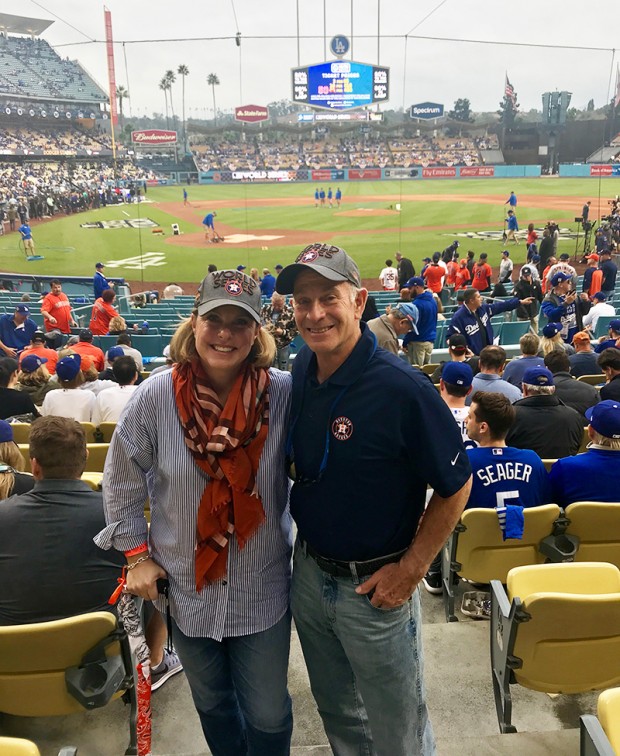 Bob and Marcie Zlotnik, who had owned the franchise since its inception in 2012, are now partners with the Astros and will maintain minority ownership. Here, they are pictured rooting for the Astros at Dodger Stadium, Game 6 of the 2017 World Series.