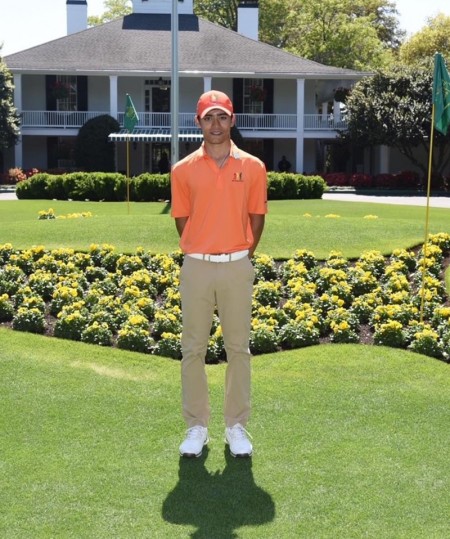 Jaivir Pande competed for the Drive, Chip, and Putt title at Augusta, Georgia.

And then, shouts of joy erupted. “Yeah! I like it! That’s the way to win it!” the commentator exclaimed. Pande sank a putt on the 18th hole, winning the Drive, Chip, and Putt title. He pumped his fist and cracked a broad smile.

But the journey to Augusta was not easy. Pande worked his way through three levels of intense competition, first at the subregional level, regional level, and finally a five-state competition. He distinguished himself from thousands of other young golfers as one of 80 players from ages 7-16 to play at Augusta.

The competition at Augusta is the premiere league of American golf, and Pande participated in the Drive, Chip, and Putt Championship. This tournament was created in 2013 by Augusta National, the US Golf Association, and the PGA Tour with the goal of growing the game and making it more accessible for junior golfers all around the country. 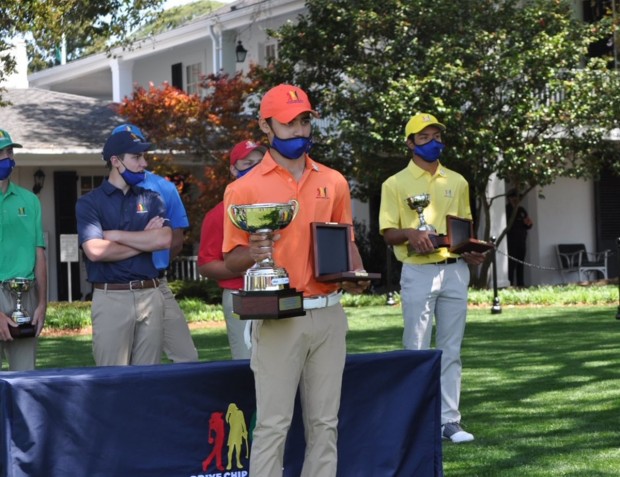 “Just being able to go to the course and experience it for myself was incredible,” Pande said. “I’ve grown up watching the Masters on TV. When you finally go there, the TV just doesn’t do it justice, which is saying something because it looks pretty nice on TV. It’s all in pristine condition and is definitely an experience I will never forget.”

He was introduced to golf at the age of three by his grandfather, Gaurav Rana, in the South Asian nation of Nepal. Rana and Pande’s parents Sabra and Malika Pande have been major supporters of his career. He has played tournament golf since the age of six. He remembers learning the basics of the sport and hitting balls with his dad and grandfather. 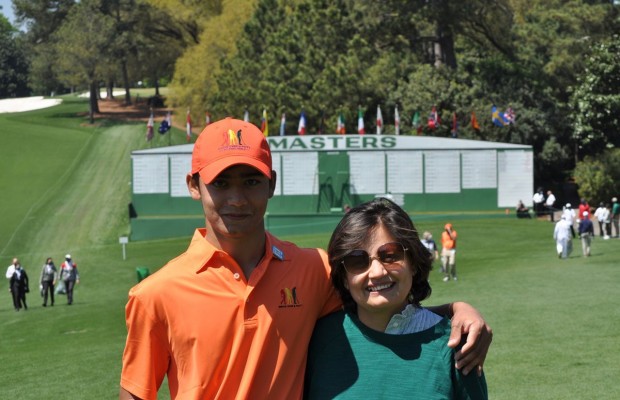 Jaivir Pande and mom Malika Pande stand on the green at the National Golf Club.

“Even now, my grandfather calls me after every tournament to talk about my round,” Pande said.

One could say that golfing runs in Pande’s blood. In Nepal, the Ranas are golfing royalty. Golfing in Nepal was started by Rana’s grand-uncle over 100 years ago, who was part of the Nepalese prime minister’s delegation that visited the UK in 1917, where they played golf and were gifted clubs. The prime minister enjoyed the game so much that he ordered a course to be built. And so, golf in Nepal is inextricably tied to the Rana family.

As the first and only golfer of Nepalese descent to set foot on the grounds of the National Golf Club, Pande has been recognized as “Nepal’s greatest hope for a pro Tour golfer,” as local news station KPRC termed it. Nepal has no golfers on any of the world’s leading golf tours; Pande’s opportunity is to become the world’s first Nepali Tour pro. He said he is proud of his roots and of being able to represent Nepal.

“Nepal is a country in which many people don't have the opportunity or means to play golf, so hopefully I can inspire many kids in the younger generation to pick up the game of golf and pursue their goals,” he said.

Pande’s golf career has had many ups and downs, and he remembers both the great victories as well as moments for improvement. He spends several hours, six days a week perfecting his game. Ten years of this level of rigorous practice brought him all the way to Augusta, the greatest trophy-hoisting moment of his career thus far. 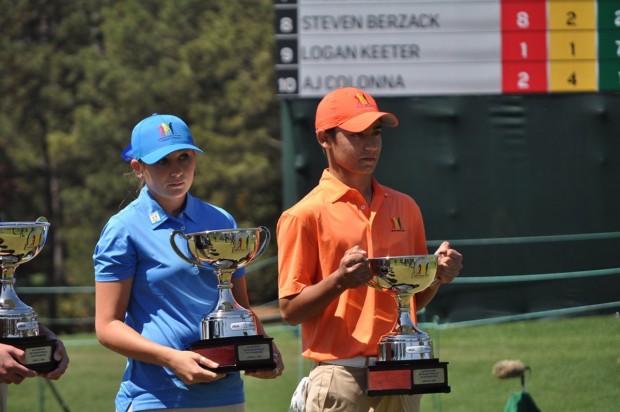 “My journey has been one that has required a lot of perseverance and determination, but it is one that I have thoroughly enjoyed,” he said. “It has taught me so much, and I have made many memories that I will remember for the rest of my life.”

Pande came to Kinkaid in the 2019-2020 school year as a freshman, and he said the Kinkaid community has been very supportive of his athletic pursuits.

“The entire golf team headed by coach Bobby Eggleston have been like a family to me these past two years at Kinkaid and I am forever grateful to all of them for their support,” he said.

As a high school sophomore, Pande has several school athletic seasons and tours to embark upon in the near future; his overarching goal is to find a college that is both an academic and golf power and eventually make it to the pro golf tours.