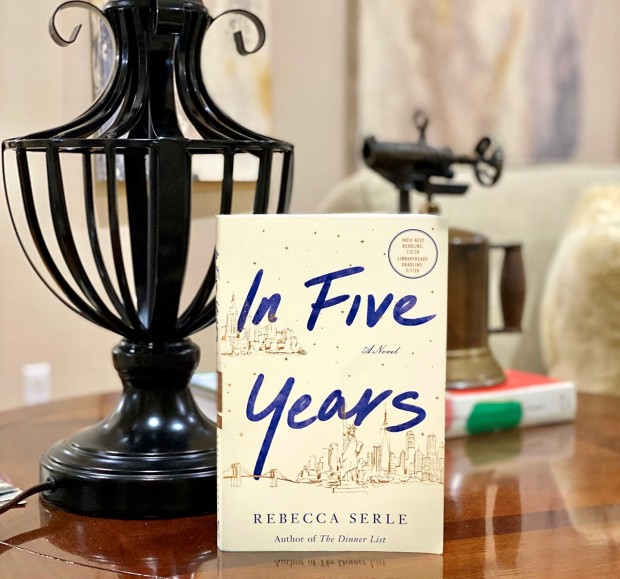 Grab a page turner to sit by the pool and relax over for the long Memorial Day weekend.

How is it already almost Memorial Day? 2021 started out slow but seems to have picked up the pace recently. I have a daughter graduating from high school, the pandemic appears to be on a downward trend, and my entire family is now at least partially vaccinated. Things are finally looking up.

Long weekends like Memorial Day weekend call for fun, fast-paced books to read while sitting by the pool. I picked 5 that will keep you turning the pages until you get to the end. Enjoy!

Daisy Jones and the Six by Taylor Jenkins Reid - Daisy Jones and the Six is a fictional band that made it big in the 1970s and who dealt with everything fame brings – drugs, worshipping fans, no privacy, and competing egos. Years later, an interviewer (whose identity is unknown to the reader) is compiling an oral history of the band and its rise to fame. After completing interviews with the band and a few other involved individuals, the interviewer has combined the band’s tale into one long chronology which hilariously and at times heartbreakingly tells the band members’ stories from many different perspectives. My favorite part of the book is how effectively and realistically Taylor Jenkins Reid depicts humans and their recollections of events. This remains one of my favorite books that I have read in years.

In Five Years by Rebecca Serle - What would you do if you had a brief glimpse into the future and saw that you were living a completely different life than the one you were currently living? In Five Years tackles this topic when Dannie, a highly driven woman who refuses to stray from the goals she set for herself when she was young, falls asleep and wakes up five years in the future with a different engagement ring, a new apartment, and another man in this new apartment. After spending an hour in the future, Dannie falls asleep and returns to her regular, present-day life. She is shaken by this fateful hour in the future and struggles to return to her structured life continually wondering if what she experienced was a dream, a vision or something else entirely. The premise for this book is highly original, and Serle’s execution of the concept is both clever and thought-provoking.

Older by Pamela Redmond – TV producer Darren Star’s real-life adaptation of Redmond’s book Younger into a successful multi-season television series is the basis for Older, Redmond’s latest hilarious and charming novel. In Older, as she approaches her 50th birthday, Liza Miller publishes her own story, entitled Younger, about how she posed as a millennial when she was in her 40s. Her friend Kelsey wants to adapt the book into a TV series, and Liza ventures to Los Angeles to help write the pilot episode. Redmond’s descriptions of life in Hollywood are laugh-out-loud funny, and the behind-the-scenes look at the television industry is an added bonus. While billed as a sequel, Older can easily be read as a standalone novel - the book will captivate fans of the television show Younger while also appealing to those completely unfamiliar with the original book’s characters.

Shiver by Allie Reynolds – Shiver is a closed circle mystery set in the French Alps which brings a group of friends together for a reunion. Upon arrival, the friends realize that nothing is at it seems and that someone will go to extreme lengths to solve a mystery from the past. The plot, the characters, and the mystery itself are all skillfully developed and kept me on the edge of my seat. I do not know very much about snowboarding, and it was fun to learn more about it – Reynolds includes just the right amount of detail. The French Alps setting is very vivid, and the toggling back and forth between the past and present works very well to slowly unveil the relevant details to the reader. I absolutely loved this book and highly recommend it. (For more thriller recs, check out last week’s Page Turners.)

Waiting for the Night Song by Julie Carrick Dalton - Dalton’s poignant and beautiful debut captivated me from the start. Alternating between the past and the present, Waiting for the Night Song follows Cadie Kessler, an entomologist and forestry researcher focused on studying the pine bark beetle in New Hampshire. Her goal is to prove that the beetle is present in the state and destroying pines similar to the devastation it wrought in California and Colorado. As the book opens, Cadie is drawn home to help a childhood friend confront the long-held secret that the duo covered up several decades ago. Dalton creates a magnificent sense of place bringing the New Hampshire forest to life while tackling tough and highly relevant issues such as the pine bark beetle, climate change and racism. Waiting for the Night Song is a fabulous addition to the growing genre of climate-focused fiction. I interviewed Julie for my podcast and you can listen here.