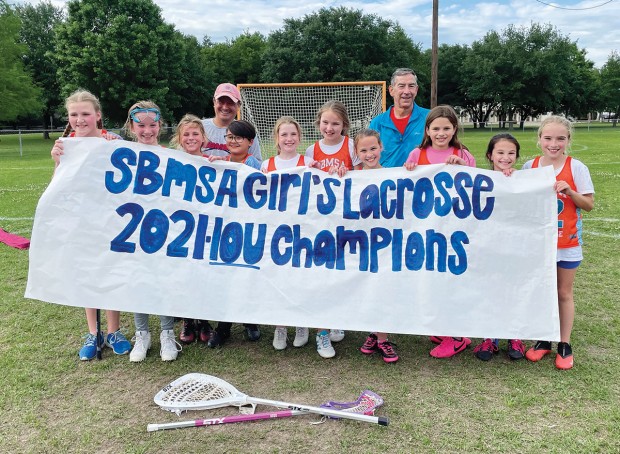 Team Champions (pictured) celebrates after winning it all on the lacrosse field. They named themselves “Team Champions,” and it worked, because they won the Spring Branch-Memorial Sports Association (SBMSA) 10U girls lacrosse championship. After a strong regular season and playoff series where each girl on the team scored several goals, Team Champions met their rival team, the Blue Jays, in the final contest. The two teams met earlier in the season, and the championship game was a fast-paced rematch. Team Champions are (top row, from left) David Diamonon, John Mason, (bottom row, from left) Elle Mabry, Margaret Scheffler, Caroline Baber, Holly Diamonon, Carson Kelley, Campbell Ross, Natalie Nix, Madeline Dillard, Ellie Cropper, and Mary Emma Allen.