Back to school … for real 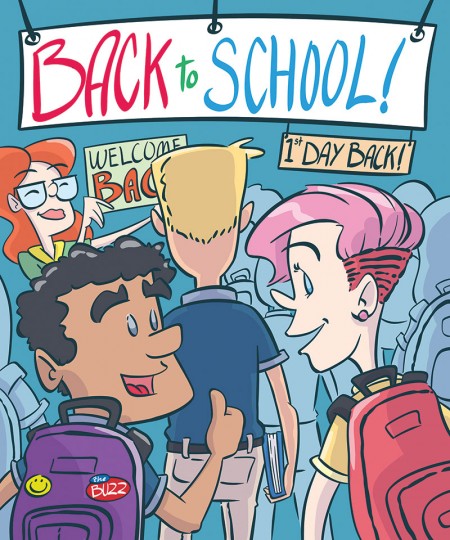 CLASS IS IN Students, teachers, and parents are looking forward to a back-to-school celebration – in person. (Illustration: behance.net/runamokstudios)

Editor's note: This article was written (and the corresponding illustration was created) prior to the recent spike in Covid cases and the spread of the Delta variant. Please check with individual schools for any Covid-related policy changes.

It happens every August: meeting classmates, settling into desks, getting used to routines. But this year, nobody – not the teachers, not the students, not the parents – is taking that fall ritual for granted.

Jennifer Levy is starting her 18th year as a teacher and her eighth at West University Elementary. “I’m hoping for normalcy this year,” she says of her fourth-grade class. “Hoping we’re all in the classroom, with zero online people.”

She’s hoping that this school year looks nothing like last year. “They were all virtual the first six weeks,” Jen remembers. “I made them have their cameras on. That way I could tell so-and-so was in bed!”

Still, she says there were times when she could see students get up from their desks. “One kid came back with chips, and I was like, ‘This is not snack time, get back here!’” Then, Jen says, she realized, “my teacher voice was going across houses in America! I don’t usually think about people hearing me talk like that. It was mortifying.”

When they did return (16 came back in October, with eight still online), Jen says, “everybody, kids and teachers, was just beyond grateful to be in the classroom.” At that point, teaching students in person and online, Jen says, “it was much better than I expected, but having to deal with online and everything in the classroom was like a never-ending nagging, like someone is tapping you on the shoulder at all times. Someone would say, ‘I don’t have that paper,’ or, ‘Ms. Levy, I can’t see you.’ I took a lot of deep breaths.

“You might say I’m just a rainbow-bright teacher, but the year was also amazing, with lots of positives. My homeroom kids had their own field for recess [to promote social distancing], and it was like when you go on a field trip and it’s fun – they bonded so much more than in a normal year.”

This fall, Laura and Jason Buchman are in the unique position of sending Sydney, 19, to Kenyon College as a sophomore, Aidan, 17, to The Emery/Weiner School as a high school senior, and Max, 3, to Beth Yeshurun Day School for pre-Pre-K. “Doesn’t everyone do this?” Jason quips.

“At some point, they were all with us,” Laura says of the past year and a half. “Everyone’s schedule was disrupted, and everyone tried to be respectful. [Quarantine] was like going a million miles at once and going nowhere.”

“Kenyon, which is in the middle of an Ohio cornfield,” Jason says, “did such a good job restricting activities and testing weekly that Sydney was able to be there the full year. They had various Defcon levels, depending on positivity levels. If they were doing well, they might be allowed to congregate outside with masks or have a swim practice.

“They unequivocally plan on having a normal semester this fall. She will have a roommate [everyone lived alone last year], and swim team has sent out the meet schedule, including travel meets. If we’re talking philosophically, she doesn’t know what normal looks like. She can’t get there fast enough and wants to be there when the gates open.”

For Aidan, going back to in-person school at Emery “was not particularly abnormal,” Jason says. “I mean, they wore masks. The one thing that really pissed him off was that they had to walk in specific directions down the hall, so if he had a class next door to another class, but it was the wrong direction, he’d have to walk all the way around the hall. I heard a lot about that.”

Aidan is excited to begin his senior year. “I’m glad for him that he can have a full senior experience, whereas Sydney’s senior year got shut down at Spring Break. All Aidan’s activities are planned and seem to be going forward.”

And then there’s Max. “I will say, it’s really hard to drop your kid off on the first day of school having never walked into the school. I have yet to walk into the school,” Laura says of dropping her 2-and-a-half year old off at his new school last fall. “Someone in a mask, I had no idea who, got him out of the car. He had this look of trepidation, and I broke down in tears. But when he got into the car after school, he said, ‘Mommy, I had the best day,’ and that was it.

“For Max, we just don’t know what this year will look like,” she adds. “We’ve never done it for real.”