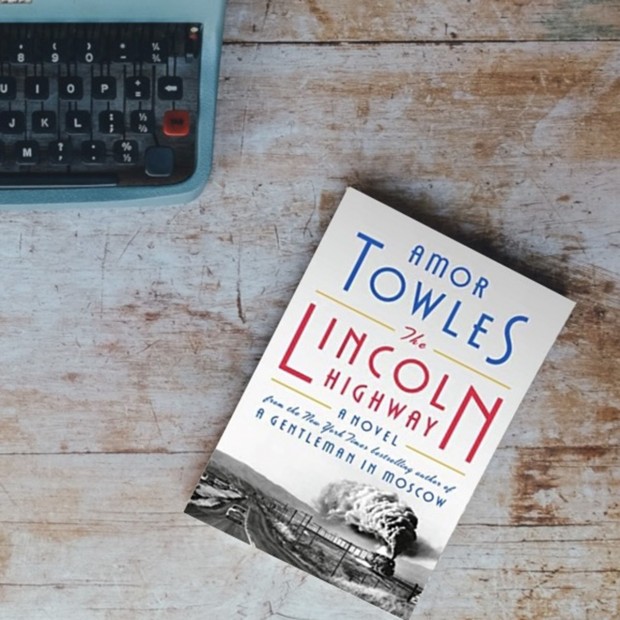 Amor Towles' follow-up to A Gentleman in Moscow comes out this fall along with some other historical fiction titles that look fabulous.

Fall 2021 brings an array of historical fiction titles by popular and seasoned authors. The books are set in various time periods, and not a single one takes place during World War 2, which even I have to say is a nice break. Amor Towles follows up his megahit A Gentleman in Moscow with a story about an epic cross-country adventure; Colson Whitehead writes a crime novel set in 1960s New York City; and Patti Callahan crafts a love letter to the Narnia books and what inspired C.S. Lewis to write them. To round out the group, Gill Paul tells the story of the only woman on hand when King Tut’s tomb was opened in the 1920s, and Julia Kelly pays homage to a bygone era.

The Collector’s Daughter by Gill Paul (September) – The Collector’s Daughter follows Lady Evelyn Herbert, daughter of the Earl of Carnarvon, the only female present at the opening of Pharoah Tutankhamun’s tomb in November 1922 and the first person to enter the tomb in over 3000 years. Fifty years later, an Egyptian academic shows up with an agenda of her own, to interview Lady Herbert about what really happened when the tomb was discovered.

Harlem Shuffle by Colson Whitehead (September) - Two-time Pulitzer Prize-winning author Colson Whitehead returns with a tale set in Harlem in the 1960s. The protagonist Ray leads a double life as a furniture salesman and fencer of jewelry until his two worlds begin to converge as Ray desperately works to keep them separate. A love letter to Harlem and a commentary on race and power, Harlem Shuffle brings to life 1960s New York City.

The Last Dance of the Debutante by Julia Kelly (December) – When 1958 is announced as the last year that debutantes will be presented to Queen Elizabeth II, this pronouncement sets off a flurry of letters to the palace by mothers who want their daughters to be part of this last historical group. The Last Dance of the Debutante highlights an era when seismic shifts were beginning to take place, and people were trying to hold onto the past as the future was arriving. Three women become friends during the debutante process, an elaborate schedule of extravagant balls and cocktail parties in this tale of friendship and glimpse into a bygone era.

The Lincoln Highway by Amor Towles (October) – Taking place over the course of 10 days in the 1950s, Towles’ new book follows the adventures of three young men and a boy traveling across the United States. Emmet Watson returns home, delivered by the warden, from a work farm where he spent a year for involuntary manslaughter. Since his father had recently passed away and the family farm was in foreclosure, Emmet planned to pick up his brother and move west to find better prospects. However, two acquaintances from the work farm who stowed away in the warden’s car have a different plan in mind as the group sets out on the ultimate road trip.

Once Upon a Wardrobe by Patti Callahan (October) – Callahan’s beautiful, magical, and captivating new book Once Upon a Wardrobe delves into the question of what inspired C.S. Lewis to create Narnia. Megs Devonshire studies math and science at Oxford and relies on facts versus intuition; when her terminally-ill brother George becomes infatuated with a new book The Lion, the Witch, and the Wardrobe and implores her to find out how Narnia came about, Megs finds herself visiting C.S. Lewis, an Oxford don, and his brother Warnie hoping to answer George’s questions. Instead of providing her answers directly however, Lewis tells her stories about his own life growing up which she then relays each weekend to George. While Megs struggles to find the connections, George helps her understand the stories that Lewis relates and how they led to the creation of Narnia.