Great Books for the Last Days of Summer 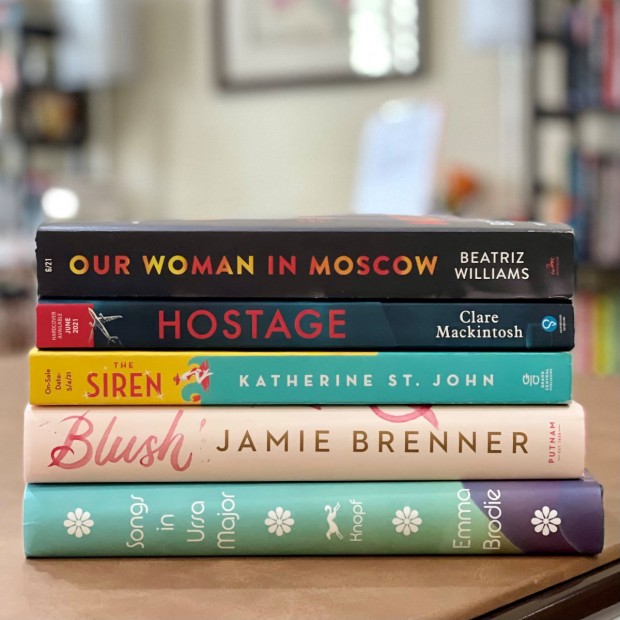 Cindy Burnett recommends some books to round out the summer.

When my kids were young, I welcomed the end of summer and a return to a more structured environment. As they get older, my feelings have become much more mixed. I love having them at home and the time we are all able to spend together before their schedules become crazy or they head to or back to college. As back-to-school approaches, people are enjoying the last few weeks of summer by heading out of town, sitting by the pool, or just enjoying the more relaxed environment. Finding a good book always makes any of those things better so I am recommending some of my summer 2021 favorites:

Blush by Jamie Brenner – Perfect for a beach vacation, Blush will appeal to book lovers everywhere as the three Hollander women turn to books, specifically the “trashy” romance novels of the 1980s, to try and save their family vineyard and legacy. While very different, all three women, Vivien, Leah, and Sadie, bond over books written by Jackie Collins, Judith Krantz, and others, and find inspiration and ideas for moving forward as long-buried family secrets are exposed and wounds form the past reappear. This highly-entertaining book is a fun-filled and entertaining read.

Hostage by Clare Mackintosh – Hostage is a timely and fast-paced thriller that kept me on the edge of my seat from beginning to end. Flight attendant Mina is working the inaugural flight from London to Sydney, the first time a commercial plane will fly that distance (20 hours) without stopping. Once in the air, she receives a threatening note advising her to help hijackers overtake the plane or her husband and child will be killed. Told in many alternating viewpoints including Mina, her husband Adam, and numerous passengers, Hostage is clever, thought-provoking, and full of fabulous twists and turns. Advice on reading this one – do not go on Goodreads and read the reviews because important parts of the story will be spoiled; it will be a much better read if you go in blind. I highly recommend this one.

Our Woman in Moscow by Beatriz Williams – When the Digby family disappears from their London home without a trace in the fall of 1948, the world debates whether they were eliminated by Soviet Intelligence or whether the family defected to Moscow with American Diplomat Sasha Digby’s access to the West’s top-secret intel. Four years later, Ruth Macallister receives a letter from twin sister Iris Digby asking her to come to Moscow to visit. Ruth travels to Moscow to help the Digbys defect to the United States but instead learns that everything may not be as it seems. This historical fiction tale transported me to the early years of the Cold War when the threat of communism seemed all too real.

The Siren by Katherine St. John – Part beach read and part indictment of Hollywood and the cost of fame, The Siren is the perfect book to take on vacation this summer. As the book opens, superstar actor Cole Power has assembled an all-star cast and production team for his latest movie The Siren and flown everyone down to the beautiful Caribbean island of St. Genesius for filming. For the first time since their divorce years before, Cole and his ex-wife Stella Rivers (who has suffered several breakdowns) star opposite each other on screen, and the media is on high alert, anxious to report about the fireworks that are sure to occur. Told from the perspective of the three main women, each with their own secrets, as well as occasional media articles and social influencer posts, The Siren is a fast-paced mystery with enough twists and turns that I was left guessing until the very end.