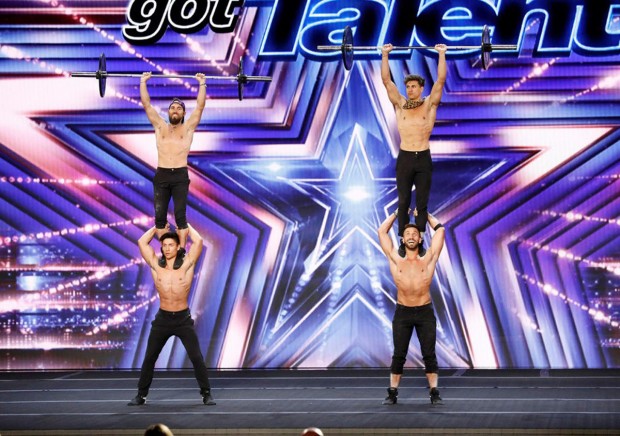 Maintaining a good work-life balance has a whole different meaning in Travis Brewer’s world. In his profession, “climbing to the top,” “flying high,” and “flipping out” are (literally) all in a day’s work. This month, Travis and his coworkers have a rather unique office space . . . the stage of NBC’s popular show, America's Got Talent (AGT).

Travis and his acrobatic fitness group called Positive Impact Movement are finalists on the 16th season of AGT. The team’s audition routine included standing on heads, shoulders, and the throwing of barbells. (Watch the audition clip here.) All four celebrity judges, Howie Mandel, Heidi Klum, Sofia Vergara, and Simon Cowell, along with host Terry Crews, voted “yes,” advancing the group to the next round. (Watch their impressive performance in front of the judges here.)

The auditions began with 260 acts. Only 36 remain. The live competition kicked off this month and the next round of audience voting begins Tues., Aug. 17. 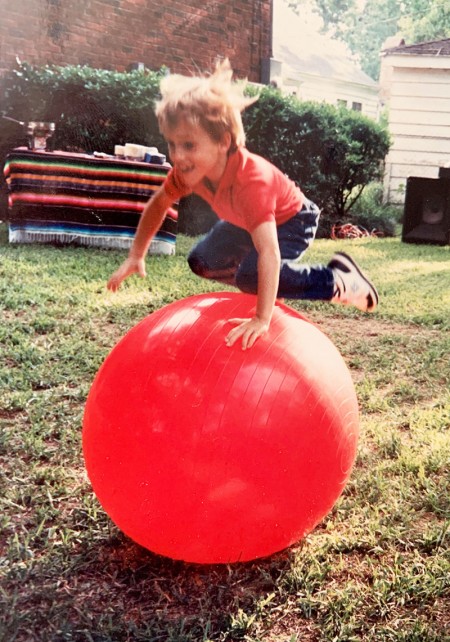 Travis had a great sense of balance and agility ever since he was a baby, which kept his parents on their toes. Prior to high school at Episcopal, Travis attended West University Elementary and River Oaks Baptist School.

Travis’ mom, Patrice, said he has always been a natural acrobat. “When he was 15 months old, he was climbing up on the roof. We thought he must be part monkey and part cat."

When Travis was a student at Episcopal High School, Patrice shared, he would get in trouble for running in the halls – and across the walls. “The faculty knew he had done it because his shoes left footprints on the wall.”

After college, Travis started off in corporate America, but the financial bust in 2008 left him trying to figure out what he wanted to do. He moved to Los Angeles for graduate school and started working out at Orange Beach. It made him feel better.

After lots of soul-searching, Travis decided he would pursue fitness as a profession. These days, he calls himself a movement artist. 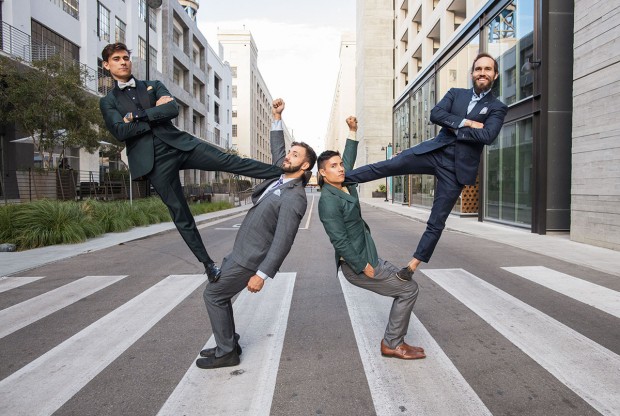 Over the years, Travis has kept busy practicing a wide range of fitness types and acrobatics. He’s certified in Animal Flow movement and ArcoYoga; he’s a parkour instructor; he was a finalist on NBC’s American Ninja Warrior); he performed on ABC’s Shark Tank; and he was a World Calisthenic Organization Champion in the “Battle of the Bars” competition. He holds two Guinness Book of World Records: in one-arm planking and two-person push-ups.

During Covid, Travis met the other members of what’s now called Positive Impact Movement - Andreas Alfaro, Nathan Tsuji, and Acro James (James Heugh). The friends connected during workouts at Muscle Beach in Santa Monica, Cali. Andreas has also been featured on American Ninja Warrior and both Nathan and Acro James have performed with Cirque du Soleil.

The friends decided to put a team together to try out for America's Got Talent. They met up to train late at night every day for about a month to work on their routine. They were thrilled when they found out their audition tape had been chosen as one of the acts to try out in front of the AGT judges. 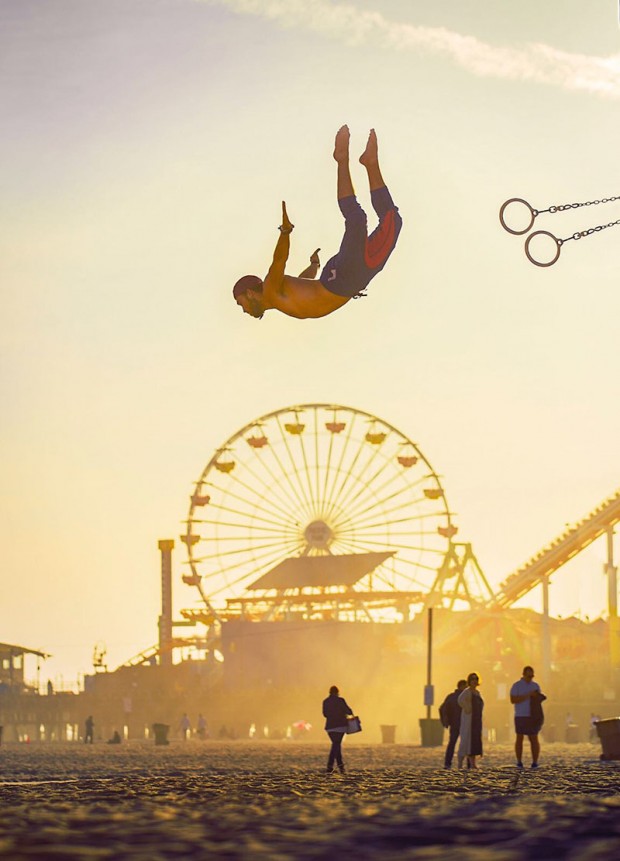 Travis Brewer does his acrobatic magic with a view of the Santa Monica Pier Ferris Wheel in the background. (Photo: Simon Needham)

Over the years, Travis and his talented teammates have all overcome injuries including a broken back, neck, and knee. They all hope to inspire others with their acrobatic feats.

For anyone interested in becoming an acrobatic athlete or experimenting with new types of fitness, Travis shared, “Just try all sorts of new things to see if you like them. There are all sorts of gyms around Houston [where] you can try some of these different activities that aren’t sports [such as] ninja gyms, rock climbing, parkour, and lots to research and discover and watch on the Internet.”

Travis’ dad, John, said, “I am obviously proud as a parent not only for the athleticism, but also for his persistence in pursuing his dreams.” 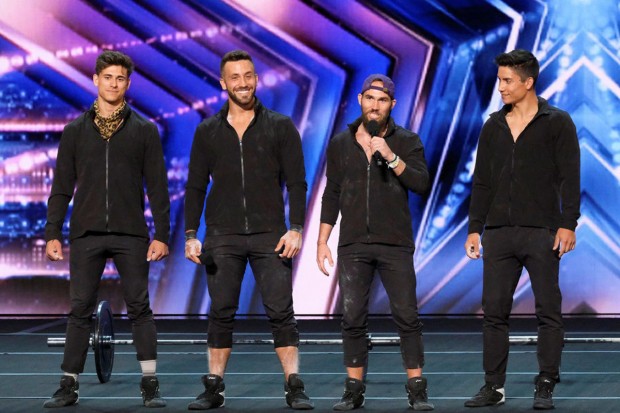 Tune in to America’s Got Talent Tuesday, Aug. 17 at 7 p.m. CST to see if Travis and Positive Impact Movement’s dream of winning AGT and the $1,000,000 prize comes true! If they win, they plan to put a portion of their prize money toward creating more parks.

The next round of voting begins Tuesday, Aug. 17.

Win or lose, Travis has already achieved his goal of having a positive impact on all of us. 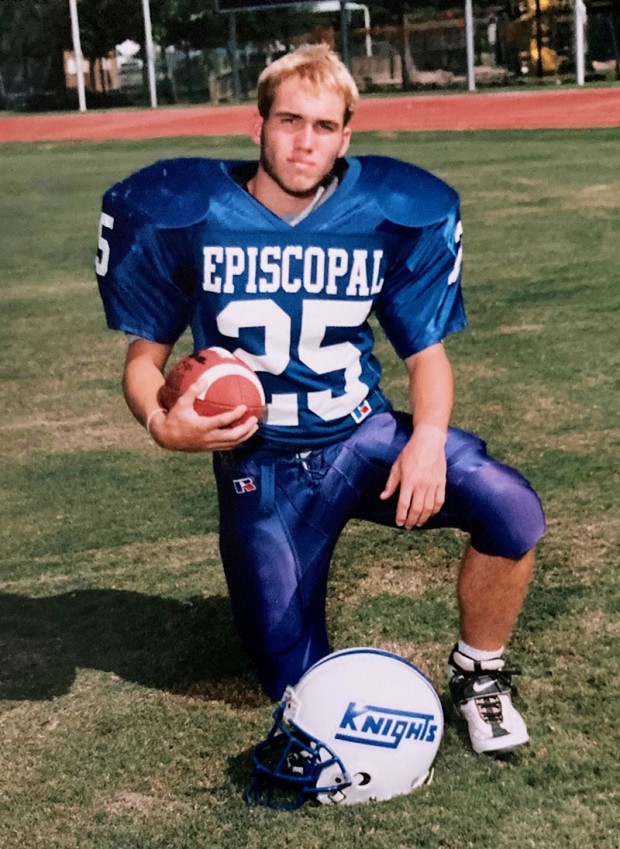 Travis Brewer, who graduated from Episcopal High School in 2001, looking fierce in his Knights football uniform. 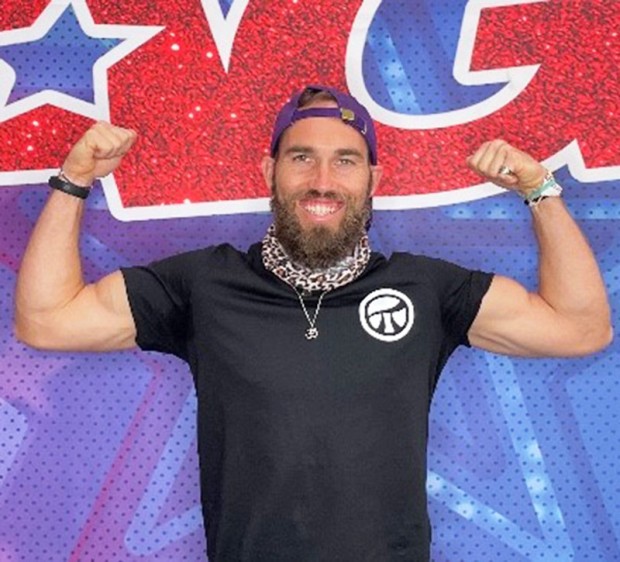 Travis Brewer showing off his guns during Positive Impact Movement's audition in front of the AGT judges. (Photo: Trae Patton/NBC) 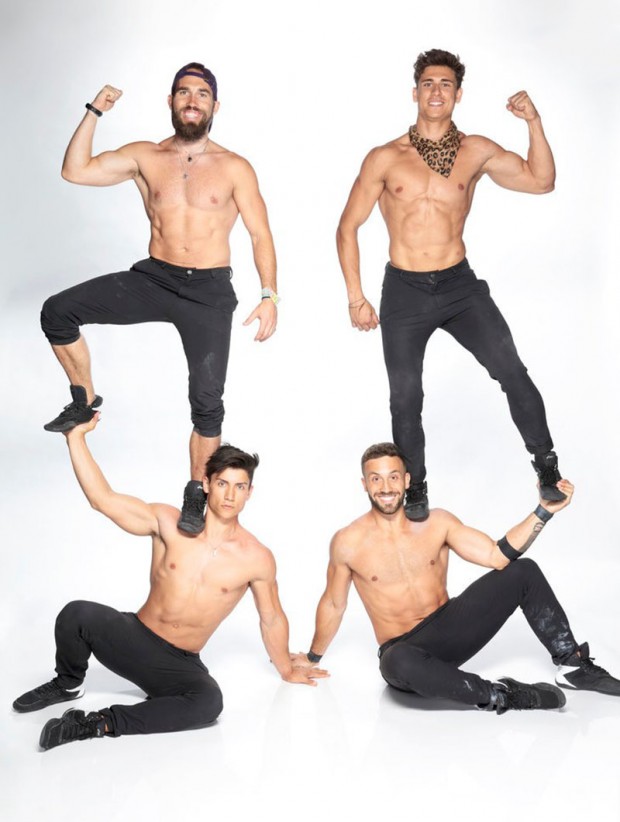 The members of Positive Impact Movement are thrilled to be one of 36 acts (out of 260) advancing to the next round in Season 16 of America's Got Talent. (Photo: Trae Patton/NBC)