When a heroic nurse drives by 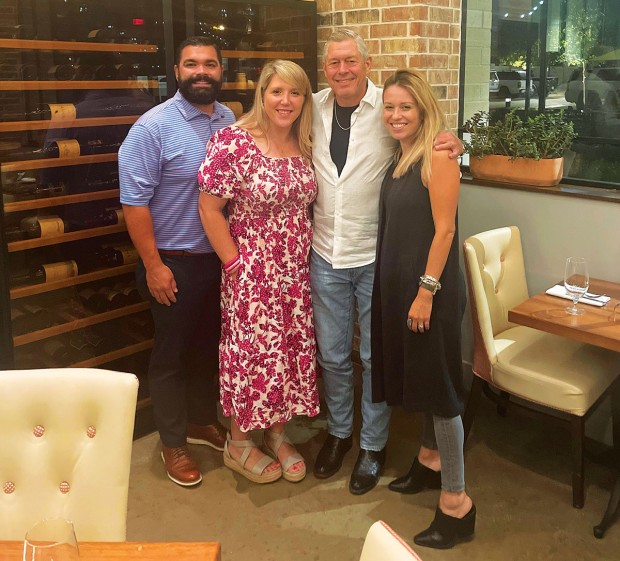 STRANGERS TO FRIENDS Nurse Ashley Miller saved runner Mark Nitcholas’s life by performing CPR on him in the middle of the road. They have since become friends and recently went to dinner together. From left: Scott and Ashley Miller and Mark and Zamara Nitcholas.

Mark Nitcholas reached for his phone while on a family vacation earlier this year to text his new friend, nurse practitioner Ashley Miller. The text was another “thank you” to her. Just three months earlier, Ashley had saved Mark’s life by performing CPR on him in the middle of the road in morning rush-hour traffic.

Mark’s nightmare ordeal happened on the first day of December 2020. He was on his routine morning run when, out of the blue, he collapsed crossing Kirkwood Road near a turning medium in the residential neighborhood of Nottingham. Nottingham is where Ashley lives with her two young boys, Evan and Owen, and her husband Scott.

Before the sun had peeked out over the tall pines, Mark, a lifelong runner, put on the running vest and pants he had set out the night before. “It was a chilly morning,” he said. “That is about all I remember.” He stretched and set off from his quiet street, Bluebird Lane.

The 59-year-old municipal finance investment banker started running “as a hobby” in the early 1990s. He completed his first marathon, the Chevron Houston Marathon, in 1996. He followed that up by running four more, including two more Houston marathons, the New York City Marathon in 1998, and the 2001 Chicago Marathon.

Almost 20 years later, the husband and dad of three had started to enjoy shorter runs, so he kept it at 3-5 miles every other morning.

A few miles away, Ashley was finishing her usual morning workout at CrossFit Memorial. Ashley, who has been a nurse practitioner since 2007, works full-time at a skilled nursing facility.

She made a quick decision to duck out early from CrossFit to try and make it home before her boys woke up. She wanted to catch their reactions to the first day of the “Elf on the Shelf” tradition (where “magical” elves appear around the house each morning in December).

Ashley, heading south on Kirkwood, approached her street in Nottingham and put her blinker on to turn left. But, as she prepared to turn, she saw a man, collapsed, in the middle of Kirkwood.

It was Mark, in his running attire, and he was not moving. She pulled onto the street, threw her white Jeep in park, and ran over to him. She knelt beside him and took a pulse. No pulse. He was not breathing. She started chest compressions. “One, two. You, go call 911!” Ashley calmly instructed one of the handful of bystanders.

For the next six minutes, Ashley continued with chest compressions, without stopping for one second, Mark’s ribs breaking from the pressure. “Every once in a while, he would take a breath,” she said. A few more cars stopped.

Soon, Ashley heard ambulance sirens in the distance. EMTs arrived and rushed the still-unconscious Mark a few miles away to Memorial Hermann Hospital at Memorial City. His wife, Zamara, and their three children, Liliana, Paloma, and Nina, arrived.

Doctors painted a grim picture of Mark’s prognosis to his family – he had gone into cardiac arrest and his heart was beating at 15 percent function. They were going to try a heart pump. “They told her [Zamara] not to get her hopes up,” Mark said.

The heart pump worked, which Mark attributes to having a healthy heart from running. After he was stabilized but still in a coma, they sent him to Houston Methodist Hospital’s Walter Tower in the Texas Medical Center.

Mark remained in a coma for 10 more days before he woke up. “I had all sorts of crazy dreams,” said Mark. He would hear the nurses coaxing him to wake up, but day after day, he stayed asleep.

On Dec. 10, he said, he could hear a nurse’s voice. He woke up and realized he was, in fact, in a Houston hospital as he heard them saying, and not in a Caribbean hospital as he had been dreaming – he had even dreamed he looked out the window to see a blue ocean.

He came home, and a few days after Christmas, a neighbor who knew both Ashley and Mark connected the dots and gave Mark Ashley’s phone number. On New Year’s Eve, he called her.

They talked about the ordeal, and Ashley told Mark what happened that morning, and Mark told Ashley what happened in the hospital. A few weeks later, he dropped off a thank-you note and card on her doorstep. Ashley, Scott, Mark, and Zamara recently met for dinner.

Mark’s doctors were never able to pinpoint a reason why he had a heart attack. Mark attributes it to stress he was under from a new job, and he wonders if it had anything to do with the energy drinks he had recently started drinking.

Mark is about to turn 60. He said he is taking each day a little slower and has reduced his stress. He is waiting for the all clear from his doctors to start running again. 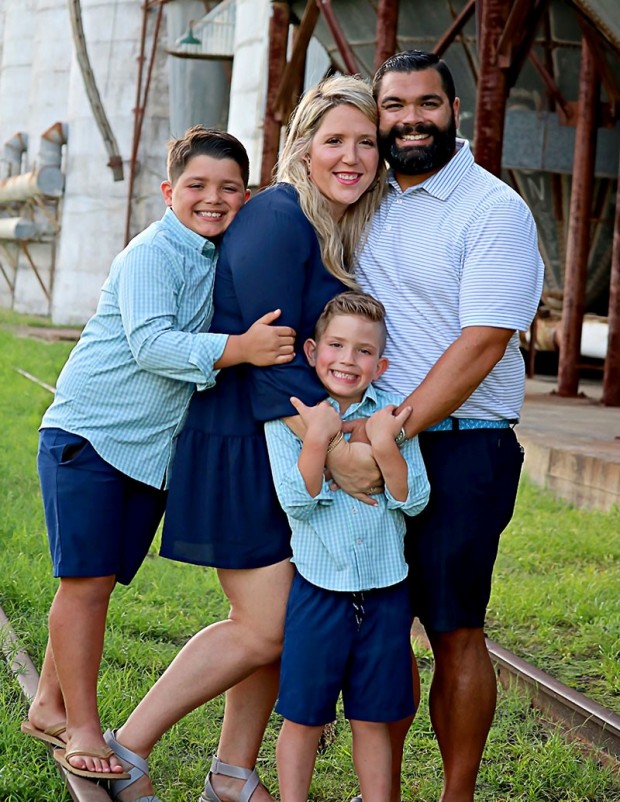 The Miller family including Ashley and Scott, and their two sons Evan and Owen, live in west Memorial. 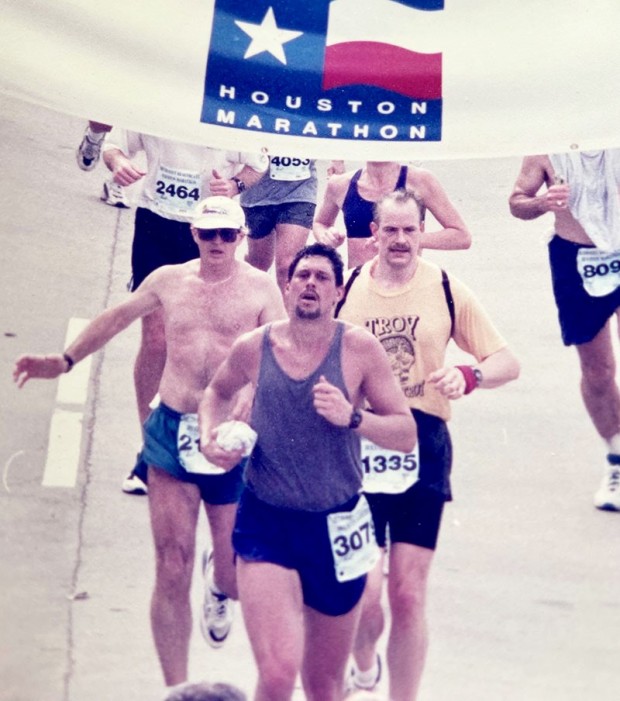