Raevyn Rogers, ‘14, strode down the track with her grandmother and waved to Kinkaid students as the school band played the Olympic theme song.

Raevyn, wearing a white dress and donning a bronze medal around her neck, is Kinkaid’s first Olympian.

The school community joined Raevyn in celebrating and honoring her recent win at the 2020 Tokyo Olympics on a special occasion called “Raevyn Rogers Day.”

During the ceremony, which was live-streamed on YouTube for those watching from home, Raevyn and Olympic and Kinkaid track coach Megan Watson were issued proclamations from Mr. Mark Kobelan, mayor of Piney Point, on their contributions to the city’s legacy.

Mr. David Holm, director of athletics, announced that given Rogers’ achievements in track and field, the annual Kinkaid Track Invitational will be renamed the Raevyn Rogers Invitational.

Raevyn’s sports achievements began at Kinkaid, where she was a multi-sport varsity athlete. She still holds individual school records in the 400 meters and 800 meters. Outside of school, she earned a bronze medal in the 800 meters and a gold medal in the relay at the World Youth Championships in 2013, when she was in her junior year at Kinkaid. She went on to run on the track and field team at the University of Oregon in Eugene. Rogers achieved a time of 1:56:81 at the Tokyo Olympics on Aug. 3, 2021, securing the bronze medal.

Raevyn said being a part of athletics at Kinkaid helped shape her as a person.

“I feel like I developed a lot of great qualities here that are associated with my competitiveness,” she said. “If you take an L, you take one with pride and integrity, instead of being like a sore thumb, which is an important lesson as an athlete. Kinkaid has always cherished and valued the team aspect of sports and I feel like that alone teaches you so much about life.”

“Attending Kinkaid helped me in my college career in both academics and athletics. It’s amazing to reflect that I’ve made such a big impact at [the University of] Oregon.”

In her speech after receiving the proclamation, Raevyn fondly acknowledged Ms. Cheryl Mitchell, the girls’ cross-country head and wellness director. Ms. Mitchell coached Raevyn in track and field. She said Ms. Mitchell has been one of the most consistent supporters in her life.

Raevyn said the past year has been full of stress, training, and prayer for her.

“I told my coach that this year was the longest, shortest year,” Raevyn said. “It was very stressful because I had to be emotionally prepared for anything; there was a lot of uncertainty even two weeks before the Olympics, and it all came down to who could be their best selves when it mattered.”

Being your best self when it matters is exactly the skill set that Raevyn has perfected. First at the 2019 World Championships and recently at the Olympics, she has surged from a low standing to podium position.

At the World Championships, Raevyn rose from seventh place with 100 meters remaining in the race to second place, above teammate Ajeé Wilson. At the Tokyo Olympics, as the Kinkaid community and thousands more watched, Raevyn kicked her race into high gear, moving from the back of the pack to a third-place.

Speaking about her time in the Olympic Village, which looked rather different due to the pandemic, Raevyn described her awe.

“It’s like the way people feel visiting New York City for the first time,” she said. “It was so beautiful, especially because I'm an art major. And to see how each country made their little house in the Village special was so unique. I remember Argentina spelled out the country’s name with the colors of the flag.”

Raevyn said she rarely gets the chance to interact with athletes outside of her field, and the Olympics were a great chance to learn about other sports and competitions.

“I loved watching the skateboarding team, shooting, and fencing,” she said. “It’s so special to be in the midst of these athletes that are passionate about what they're doing. The most inspiring was the fencing team, and the commentators explaining everything to us… it was insane. I am definitely going to keep following the sport.”

In the coming days, Raevyn says she plans to relax and recover mentally as much as she can. Before her season begins, she lists out her goals for the year and does her best to check them off.

Raevyn said that her biggest lesson throughout the process of both becoming a professional athlete and competing in the Olympics has been to not take every win or loss too seriously.

“Some Ls are Ws. Your journey in life, in sports and in academics is all about progress,” Raevyn said. 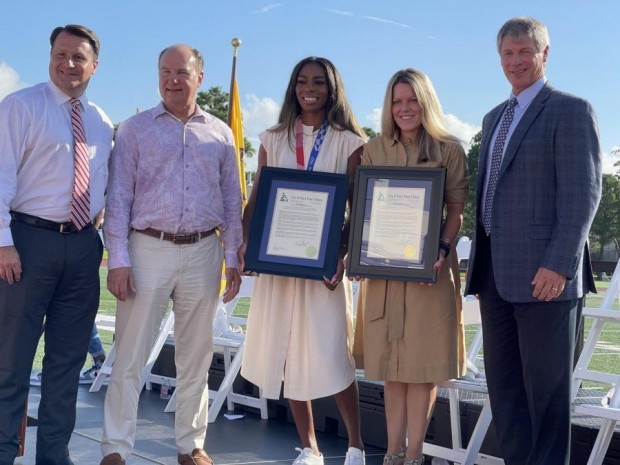 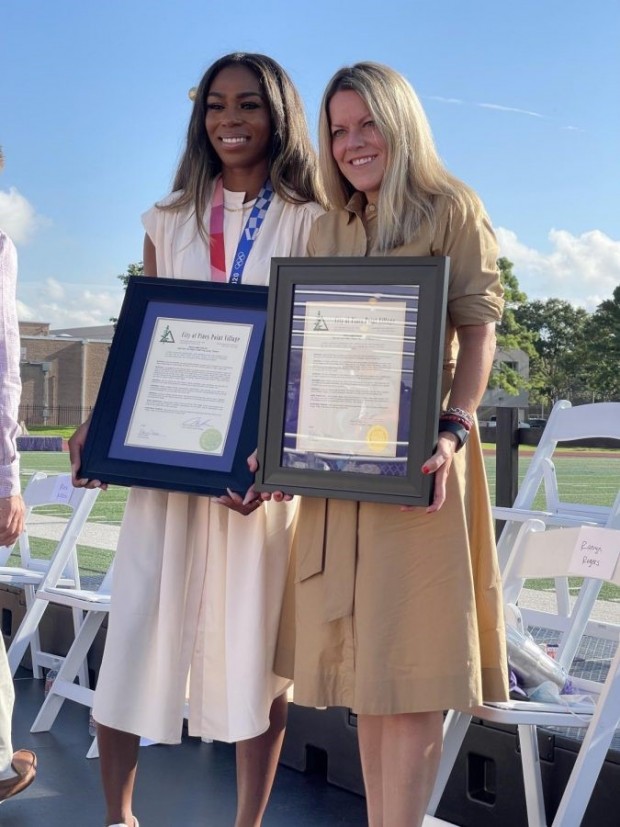 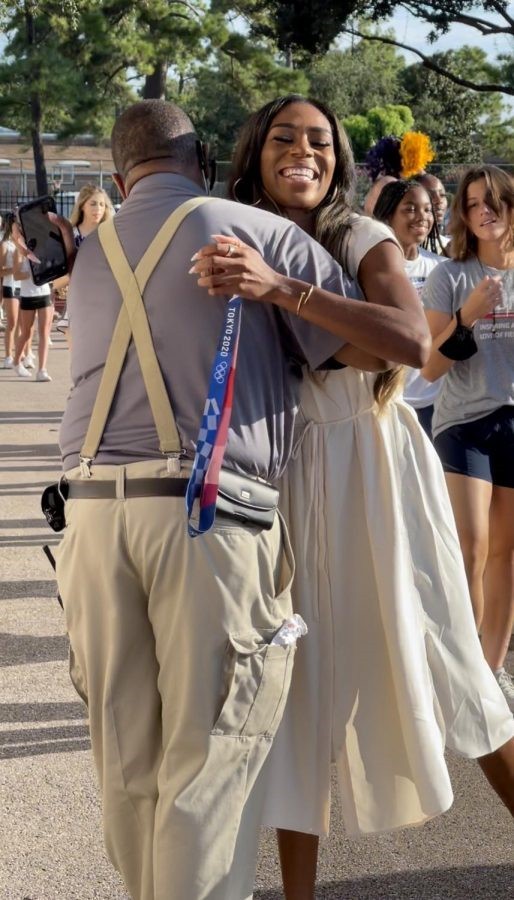 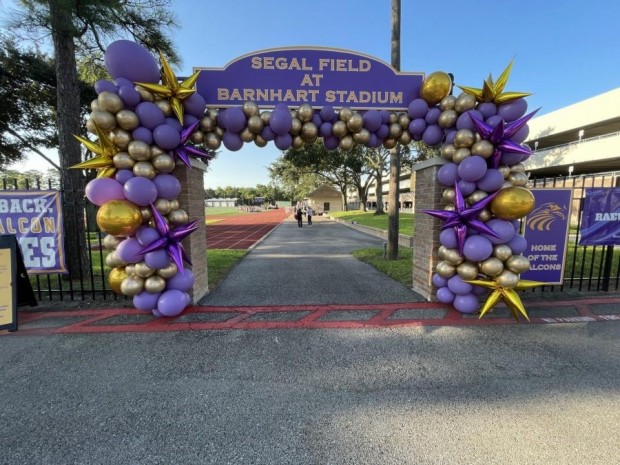 The Segal Field entryway decked out in balloons to celebrate “Raevyn Rogers Day.”