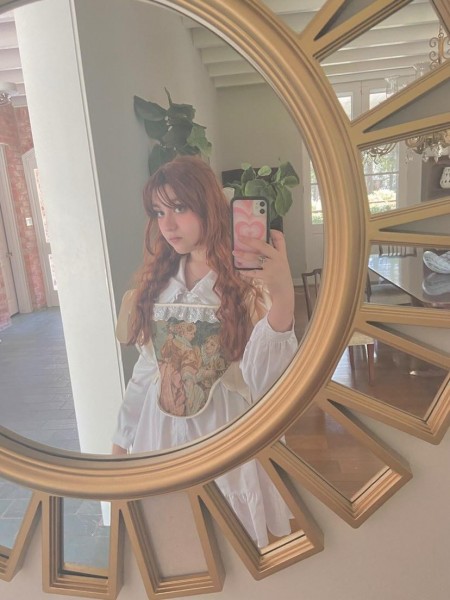 Abby Savitz, a junior at Carnegie, mainly expresses herself through her fashion.

In response to a short survey, about 82% of Carnegie Vanguard High School students report using their appearance as a form of self-expression. From hair dye to hijabs, the appearance of the CVHS student body is one of the most diverse in HISD due to the school’s lax dress code. Many students even site the school’s dress code as a reason for coming or staying.

“I think the school environment is really accepting,” said junior Chloe Philippe. “Everyone is really nice and not too judgy. It has allowed me to come into my own as a person.”

Chloe expresses herself by dying her hair, piercing her ears, and wearing stylish clothing. Her bright purple, blue, and green hair allows her to stand out in a crowd, as does her colorful fashion and large star-shaped earrings.

“People kind of create these judgments based on how they see you. And a lot of times, people will see your hair and think, ‘oh, she's crazy,’ or whatever," she said. “But you don't really know that until you get to know me.”

Many students at CVHS have found that dressing the way they want creates overall self-assuredness. 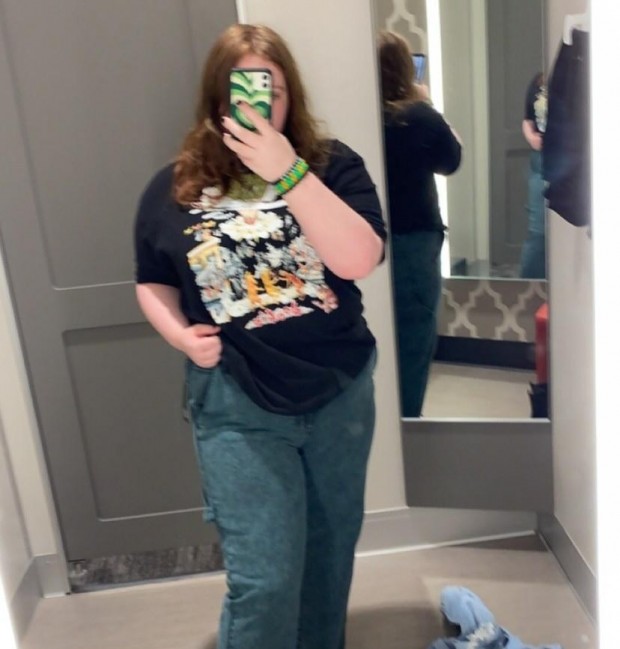 Maren Werner, a junior at Carnegie, mainly expresses herself through their piercings, jewelry, and make-up.

As stated simply by Maren Werner, a junior at Carnegie, “It helps me feel more confident.”

Ash is a senior at Carnegie, and he’s found that fashion and self-expression have been a central part of coming to terms with his gender presentation. He describes that back when he first began to present as a man, he felt very obsessed with looking as masculine as possible.

“I used to stick very closely to having to pass as a cis man. Otherwise, the world would be over. I had to wear the most masculine clothes at all times, I couldn’t accessorize, I couldn’t wear any colors that are considered not masculine, so that was really restricting my expression, obviously,” Ash said.

Ash goes on to explain that once he began to allow himself to dress the way he wanted to, life became a lot easier. His style can best be explained as colorful and fun- all unique button-ups, pins, and accessories. The confidence that expressing himself brought even helped him pass better.

“It's weird because when I was struggling to meet standards all the time, I got misgendered a lot more. Now, most of the people that I meet think I'm a cis guy, which is insane to me, because, if anything, I look more feminine now,” Ash explained. “I was no longer insecure and trying to prove something and now I'm secure in my expression, and I can just kind of exist as the person that I am- I think that that affects how people see me.”

However, while expressing oneself through their appearance is fun and confidence-boosting, it also takes money and skill. There are ways to reduce the cost, such as upcycling old clothing and going to thrift stores. But the most trendy, ethical clothing tends to be more expensive. Not to mention the cost of piercings, hair dye, jewelry accessories, and makeup.

“A lot of the times, people who do express themselves through clothing often do it in a very expensive way, which isn't always affordable and accessible for everyone,” said Jake Wolff, a junior at CVHS. “And I think it's important to recognize all ways of expressing yourself- which doesn't always have to be clothing,” “

“I express myself through my interests, like the things I'm into- from media to actual things like instruments. I can play bass and the ukulele,” says Jaya, a freshman at Carnegie.

Jaya sometimes expresses herself through her appearance, but she thinks her interests say more about them. The instruments they can play, the TV shows they watch- it all goes into how they express themselves as a person.

Overall, while there are many ways to express oneself, it’s safe to say that the one most noticeable is how one chooses to appear. Whether that be basketball shorts and a T-shirt, or a trendy plaid skirt and sweater vest, how one looks will always say something about a person, whether they put care into it or not.

As junior Abby Savitz said, “Whether projecting yourself through your appearance is important to you or not, it undeniably affects how people see you.”