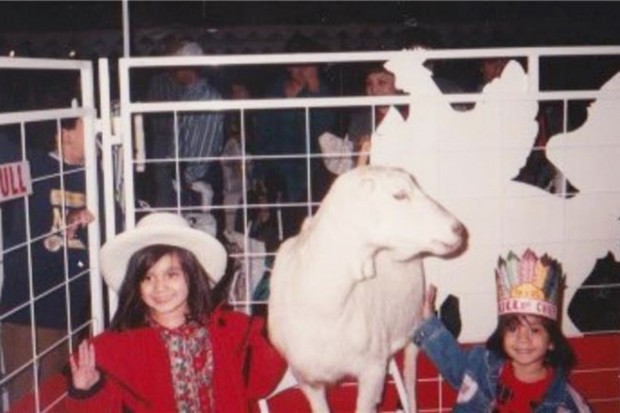 For Hispanic Heritage Month, I’m celebrating Selena by matching her songs to books by Hispanic and Latinx authors!

Selena and her music have always been a part of my life. Growing up in a Mexican American household in the 90s, Selena was everywhere. We played her music, we watched her appearances on Spanish programs, and if we were lucky, we attended one of her concerts at the Houston Livestock Show and Rodeo. She was the first Chicano represenation in the media. Today, over 20 years after her tragic death, Selena is still an icon to the entire Latinx community. Selena’s music will continue to play and her legacy will continue to grow.

Here's a sample Selena playlist and reading list by Hispanic and Latinx authors:

La Llamada
Otra oportunidad… In La Llamada, Selena tosses her cheating boyfriend and tells him if he calls, she'll hang up on him. Messy breakups and drama delivered in a fun and upbeat way screams Alexis Daria’s You Had Me At Hola. Set in the drama-filled world of telenovelas, You Had Me at Hola is a hilarious rom-com that follows soap star Jasmine, fresh from a very public breakup, connecting with her new co-star Ashton, a telenovela actor trying to revitalize his career.

I Could Fall In Love
I could lose my heart tonight… Opening yourself to love, even if you might lose that love sounds a lot like Lilliam Rivera’s Never Look Back. This is a contemporary Latinx retelling of the Greek myth Orpheus and Eurydice. Eury, haunted by the tragedy of Hurricane Maria and by evil spirit Ato, leaves Puerto Rico for the Bronx where she meets the charming Pheus, a bachata-singer with a golden voice.

Bidi Bidi Bom Bom
Mi corazón quiere cantar así…When you see the one you love, your heart just wants to sing "Bidi Bidi Bom Bom." Your heart will also sing when you read Johnny Garza Villa’s Fifteen Hundred Miles From the Sun. This heartfelt debut novel is about Julián "Jules" Luna, a closeted gay teen, that has to deal with his father’s machismo attitude and his feelings for Mat, a boy who lives hundreds of miles away.

La Carcacha
Carcacha, paso a pasito... Selena sings about her boyfriend's carcacha, or junky car, that receives laughs and whispers, but doesn't matter to her because she knows his real worth. This song about acceptance, love, and a car fits so well with Raquel Vasquez Gilliland’s How Moon Fuentez Fell in Love with the Universe. This young adult novel follows insecure wallflower Moon Fuentez, the “merch girl” for her social media famous twin Star, as she banters and falls for her snarky, grumpy nemesis Santiago Phillips during a cross country road trip on a tour bus of beautiful influencers.

Disco Medley
I will survive…Not much disco can be found in Silvia Moreno-Garcia’s Velvet Was the Night, but like Selena, Moreno-Garcia uses familiar medleys of noir to make it her own. Set in 1970s Mexico City, this smoky noir brings together bookworm Maite and eccentric criminal Elvis, as they both search for the same missing woman.

Check out all these books at HCPL.net or on OverDrive.