Some New Books By Texas Authors in 2021 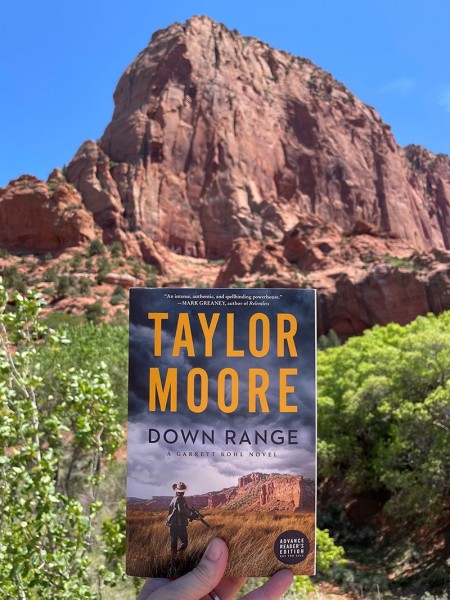 Texas is home to many fantastic writers, and a variety of books by Texas authors have published in 2021. Reading books written by local authors is a great way to support the community, and frequently these authors enjoy visiting book clubs or other literary groups to discuss their books. Some of the books are set in Texas and others are set elsewhere, but all of them are highly entertaining.

Dovetails in Tall Grass by Samantha Specks – Dovetails in Tall Grass brings to life the events that led up to the U.S.-Dakota War of 1862 in Minnesota through the eyes of two young women, one a settler and the other a Dakota-Sioux. Houstonian Samantha Speck’s meticulously researched and vividly depicted historical fiction tale follows one brutal instance of the disintegration in U.S./Native American relations that played out all across North America as whites displaced the indigenous people, moving the native populations to reservations and continually breaking the promises made to them. The story slowly builds to a sad and inevitable conclusion that pays homage to those who needlessly lost their lives. The book kept me on the edge of my seat until I turned the last page.

Down Range by Taylor Moore – With Down Range, Moore, a 6th generation Texan (he grew up outside of Houston) and former CIA intelligence officer, launches a new mystery series starring DEA agent Garrett Kohl that is set in the Texas High Plains and is filled with adventure, thrills, and a clever plot. Following a mission in Afghanistan that takes an unexpected turn, Garrett finds himself back in his hometown Canadian with a young boy named Asadi Saleem in his protective custody. Garrett’s strained relationship with his father, one of the most memorable characters in the book, and his brother and brother’s family is a focus of the story, and his brother’s missteps drag Garrett into a dark and dangerous illegal ring that threatens to destroy the entire Kohl family. Moore brings Texas to life as only a native can, and his ability to transport the reader to the High Plains of Texas, where Moore now lives, is a high point of this fast-paced and high-octane mystery.

The Husbands by Chandler Baker – Austinite Chandler Baker’s outstanding and thought-provoking sophomore novel calls to mind the Stepford Wives but with a gender reversal. Nora Spangler is an attorney, wife, and mom who struggles to find the right balance, particularly at home. While both she and her husband work, Nora is the one who runs carpool, makes doctors’ appointments and lunches, races to her child’s school when there is an issue, and keeps the house running smoothly. When they begin house hunting, they stumble across Dynasty Ranch, a neighborhood where the husbands are so helpful and supportive; however, as Nora and Hayden spend more time at Dynasty Ranch they begin to realize that something is amiss. The Husbands tackles an issue that has been brewing for years, but the book feels particularly relevant in light of the pandemic and the resulting conversation around who was most impacted in the home.

In My Dreams I Hold a Knife by Ashley Winstead – This dual timeline psychological thriller toggles between present day and ten years prior when a woman was murdered in her dorm room, a crime that remains unsolved. The murder broke apart a close group of friends, and in the present day the individuals are returning to the Duqette University campus for the first time since graduation. But while some people are happy to leave the past behind, someone wants to catch the killer and make them pay. This page turner by Houstonian Ashley Winstead kept me up late into the night madly reading to get to the end! 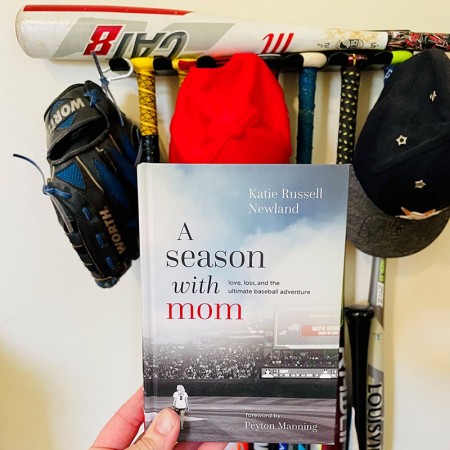 A Season with Mom tracks Katie Russell Newland's journey through all 30 ballparks in one year to honor her mom's memory.

A Season with Mom: Love, Loss, and the Ultimate Baseball Adventure by Katie Russell Newland – Newland, who resides in Austin, and her mom loved cheering the Cubs on from their New Orleans home and dreamed of visiting all of the Major League Baseball ballparks one day. When Katie’s mom passes away before they can fulfill this dream, Newland sets out to visit all 30 ballparks in one season to both honor her mother and to reflect on their relationship along the way. Each chapter pairs a visit to a particular ballpark with a relevant story about Katie’s mother and includes beautiful black-and-white photos, with one item highlighted in red, from each stop. I highly recommend this one.