The Queen is coming to IWA 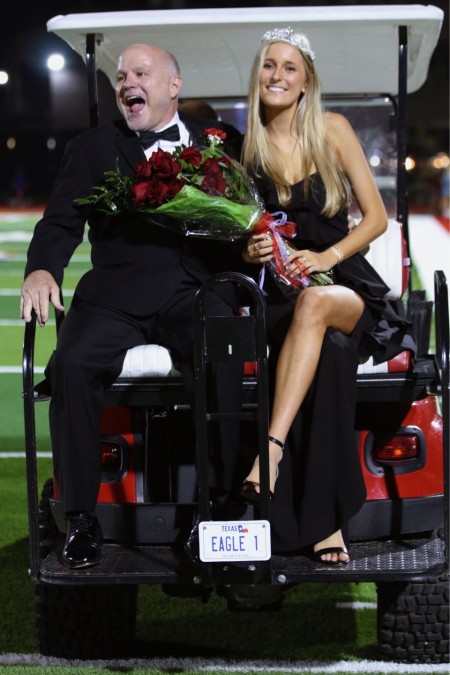 Senior Alex Robey and her dad after she won Homecoming Queen title.

Alex Robey is a STHS cheerleader and usually on the sidelines for games, revving up excitement for the Eagles. But on the evening of homecoming, she spent the game in the bleachers with her dad, Chris, and the other girls who were nominated to the homecoming court. It was a new sensation for her, and she found that not being on the field with her teammates made her anxious.

In the end, though, she had nothing to worry about.

She was shocked and taken aback by the announcement, saying how it was proclaimed so quickly after the last nominee. She was surprised because of how unexpected the title of “Homecoming Queen” was to her. Despite feeling unsure of herself in the beginning, Alex celebrated the memorable moment with her dad.

Alex and her dad have a very close and unique relationship. Before the winner was announced, the two made a handshake where they would both point at the queen. However, neither of them anticipated Alex herself to win. When she did, they simply pointed at each other not knowing what to do. This became the most memorable moment of the night for Alex.

She knows she wore her crown with pride, and she'll cherish the memory forever.