Daughter and dad race to records 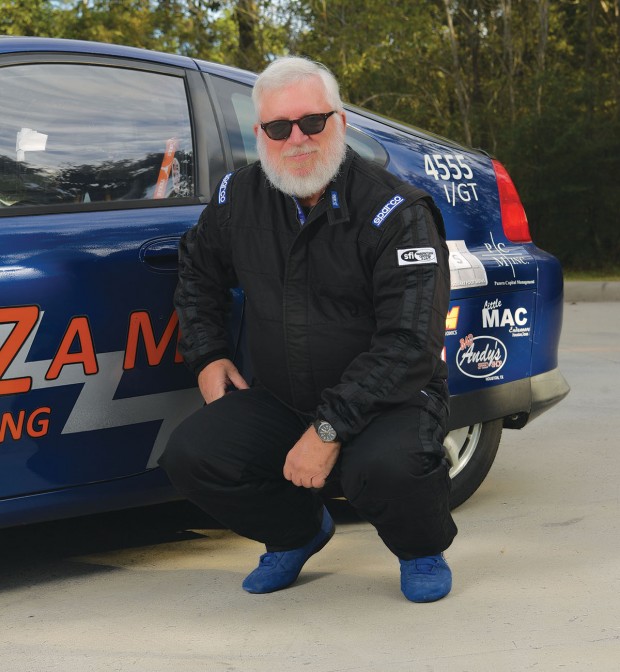 I BELIEVE I CAN FLY Gary Gray rebuilt a 2001 Honda Insight into Shazam, which raced to a new land speed record for its category last August. (Photo: forsythefotography.com)

The Gray family has a special gift this Christmas that won’t sit under their tree. They received it last August, and it’s in the record books.

At Bonneville Salt Flats near the Utah-Nevada border, Gary Gray, 69, and daughter Caitlin, 37, took turns racing Shazam, their rebuilt 2001 Honda Insight, across a six-mile stretch during Bonneville Speed Week and into the land speed record books for their category. First, Caitlin set a new record at 125.47 mph. And a day later, Gary beat her record at 127.22 mph. The adventurers both surpassed the previous speed of 122.256 set in 2013.

That might sound less impressive than the vehicles that rocket near the 500-mph range at Bonneville. But it’s a big deal at Speed Week, one of the top land speed racing events, which draws about 650 people from around the world each year and about as many car entries. The Southern California Timing Association, which sanctions Speed Week, has about 700 categories for land speed, and the new record for the category of “I/GT” went to this little Bellaire ex-hybrid that could. 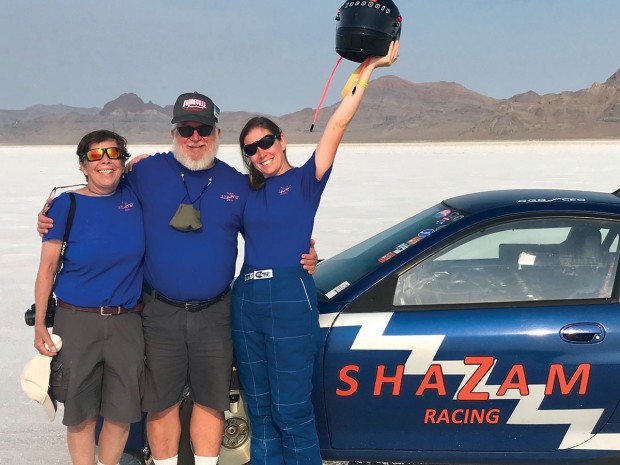 It’s a family project for Gary, his wife Mary Ann Beauchemin, Caitlin, a small crew of old friends, and a longer list of friends back home. Its roots lie in Gary’s boyhood fascination with his older brother’s hot rod magazines that blossomed into a lifelong interest in cars and then a thrilling retirement activity – one that required much preparation and patience.

“It can be horribly frustrating, or it can be exhilarating,” Gary says. “It’s pretty stressful, more stressful than I thought. If I were picking a retirement project to relieve stress in my life, this would not be it.”

But that’s how this research geologist, who retired from ExxonMobil and now teaches structural geology and seismic interpretation as an adjunct professor at Rice University, has spent the last eight years. Eight years of tearing the car apart in his Bellaire driveway, removing its hybrid section, adding a new computer, installing the driver’s roll cage (a steel structure to protect the driver if the car rolls), and adding other safety requirements. Eight years of turning an unassuming little blue and silver sedan into a record-breaking powerhouse.

“It’s a fun thing to do for father-daughter time,” says Caitlin, a Bellaire High School graduate who comes home often for the holidays from her Seattle home.

At Bonneville, salt covers 12 miles of densely packed ground on public land that’s ideal for racing. These daredevils shoot down what Gary describes as “the biggest parking lot you can imagine.” He says temperatures are fairly hot in the low 90s but so dry that “by afternoon, you feel like your outer inch of flesh has been sucked dry, your lips are cracked and taste like salt, and your brain is on overload from the intense brightness all day. Other than that, quite nice!” 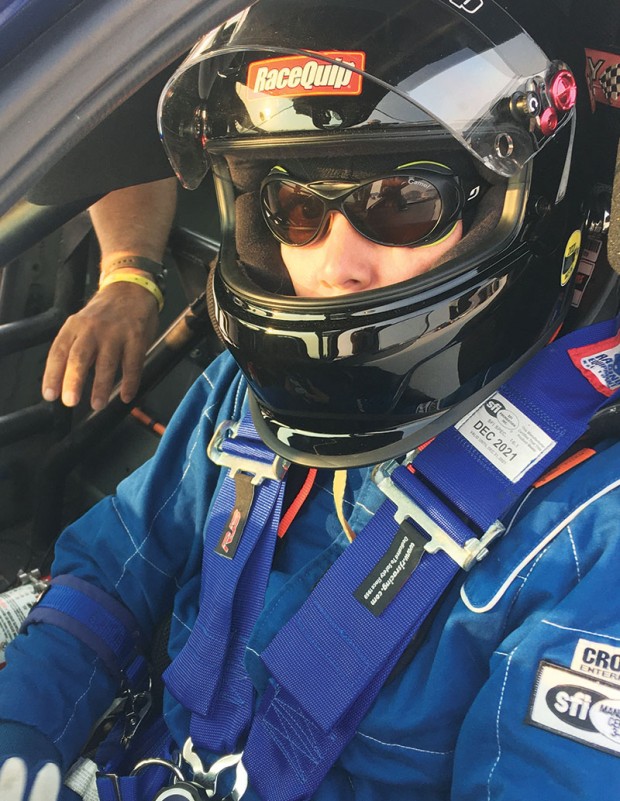 Caitlin is strapped in for safety.

The name Shazam carries special meaning to Gary. Geologists use the term “to describe a lateral gradation from one kind of sediment to another, like a limestone grading into a shale,” he says. “We use the shazam symbol, like I have on the side of the car, to represent this change. Everybody thinks it has to do with Flash or Gomer Pyle, but it’s actually us just nerding out on geology.”

Perhaps it also represents the car’s transformation into a Speed Week champion. The Grays entered Shazam in the “I” engine size class for motors from 751 to 1,015 cubic centimeters. Shazam’s motor is 1,002 cc. The “GT” in the category means it’s a production car, with the original engine and only two seats from the factory.

The Grays took Shazam through other courses, one in nearby Victoria and another in Ohio, until they felt ready for Bonneville, where Gary had been part of another driver’s crew.

There’s a hurry-up-and-wait process at Bonneville that requires patience, Gary and Caitlin say. Upon arrival, the Shazam crew gets to work. This year’s crew consisted of the Grays, crew chief Ron Kranz (who was best man at Gary and Mary Ann’s wedding on about the same date 39 years ago and who Caitlin calls Uncle Ron), and Gary’s childhood friends Janet and Tony Ogden of Washington state.

They make sure the car is intact after its tow from Houston. Gary or Caitlin takes a test drive, and the crew usually fixes a loose bolt, a broken connection of some kind, a cracked window, or other problem. About 6:30 the next morning, they haul the car to the race line and wait behind five or six other cars, often for hours. Mary Ann (who retired in 2020 as a longtime employee of the Bellaire Nature Discovery Center) makes sure everyone stays hydrated, keeps their gear in order, and often holds an umbrella over the driver before the start.

Then the driver gets ready, climbing into the car with helmet and safety gear. A horseshoe-shaped neck brace buckles to the helmet to keep the driver’s head from moving. Two crew members buckle the driver into the seat. Around the driver’s head are blinders, two pieces of metal with foam that go on either side of the headrest on the car seat. 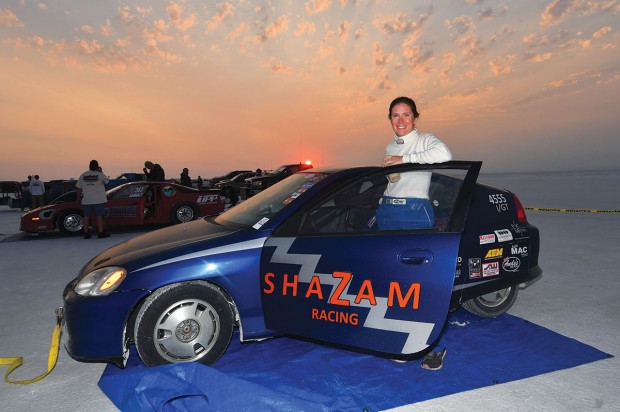 “You can’t be claustrophobic and do this,” Caitlin says.

The driver warms up the car and revs it with a roaring rumble.

“This is where my heart starts beating faster because when you rev it, to me it sounds like an airplane taking off,” she says. After a final safety check and instructions, a race official stands in front of her car until the driver ahead finishes the course.

“That’s when I start meditating,” Caitlin says. “For me, if I don’t get my adrenaline under control, I do body concentration and close my eyes” until the official signals her to lower her helmet visor.

“At that moment, I take a deep breath and rev it three times, to 6,000 and then 8,000 rpms, and I let the clutch out and go. And then you’re flying,” she says. “And the entire time, you’re trying to stare off to the mountains in the distance because you drive straighter if you pick a point. And then it’s just pure joy.

“You’re going faster and faster, and you feel like you’re flying but on land. You have to keep listening to your car. First gear is really fast, second comes pretty quickly, and once you get to third or fourth at the two-mile mark, you really enjoy it. And then in your final mile, you have to slow down, and that’s actually the really scary part for me” because the car starts to jerk from braking and downshifting.

But it’s also the gratifying part. 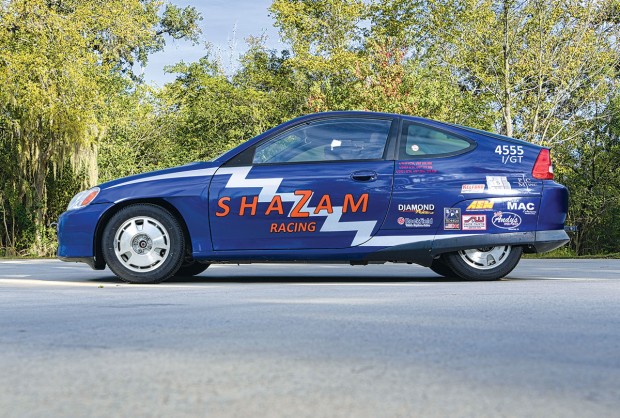 Gary was supposed to run first this time, but Caitlin drove first because she had a flight home the next night. Her speed exceeded the record, and she qualified to set a new record. (New speeds have to be backed up with another run the next morning. Cars are impounded overnight to keep crews from making any major changes and to make sure they meet Speed Week specifications.) A driver sets a record when the average of the qualifying run and the backup run the next day exceed the current record. Caitlin’s second run was faster than her first, so her combined two-day average of 125.147 was the new record.

But then Dad got a turn.

Gary’s first run the morning of Aug. 10 was faster than Caitlin’s average, qualifying him to run again for another new record in the same class. The next morning, Gary did just that. His two-run average exceeded Caitlin’s.

Gary admits he “got some grief” for surpassing his daughter’s new record, “like I was being a mean father.” But there’s always another Speed Week, and the Grays are eager to return.

“The car still has not performed at its maximum, so she will be driving again (next time) to see if she can beat my record,” Gary says, predicting Shazam can reach “well north of 130 mph” with the right conditions.

Caitlin is ready to resume what she calls their “unique family hobby,” too.

“As long as my dad is still having fun with fixing the car and working on the car, I think we’ll keep doing it,” she says. “The point is not just the racing. It’s that he gets to work on the car, and we get to do it together when I’m home. But as long as we’re enjoying it, I think we will.” 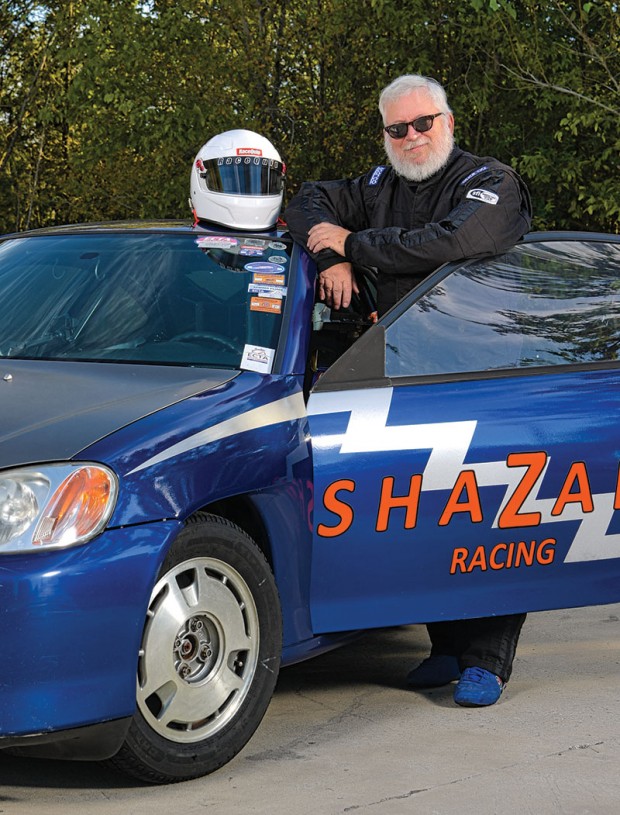 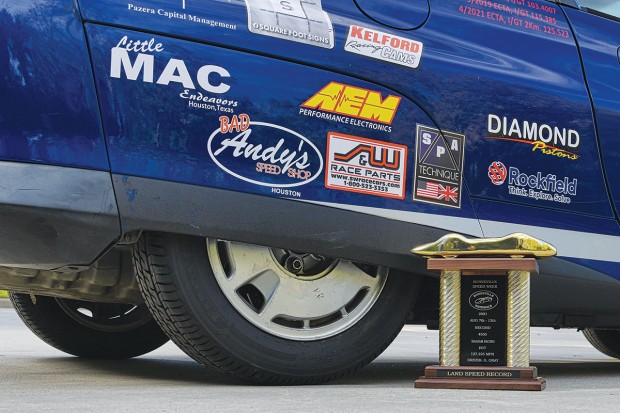 Shazam is parked proudly by its trophy. (Photo: forsythefotography.com) 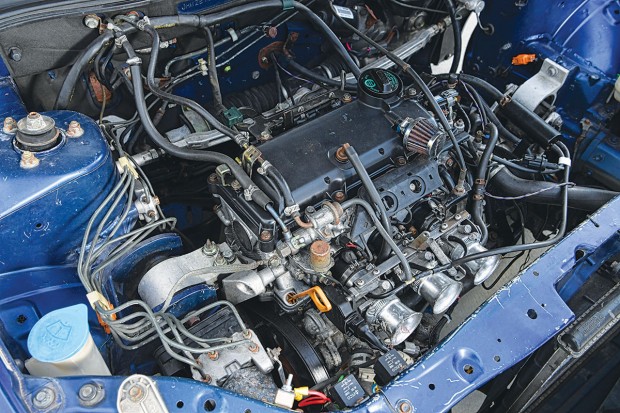 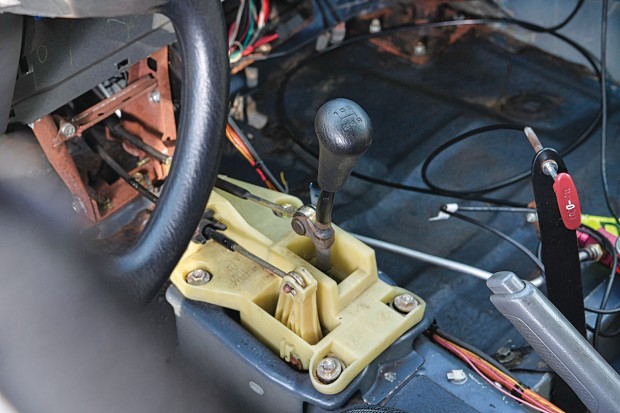 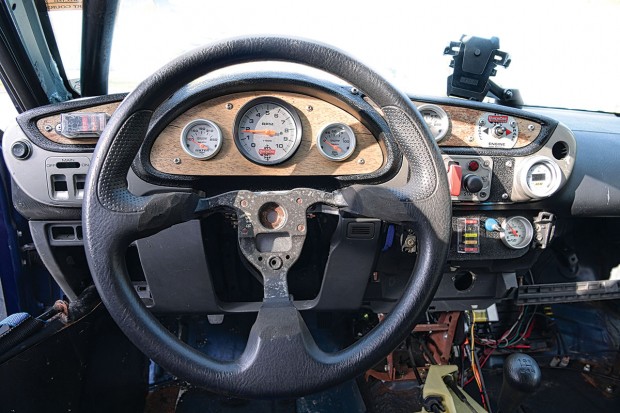 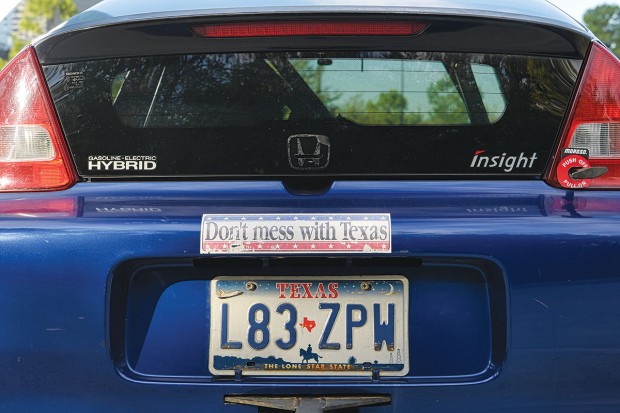 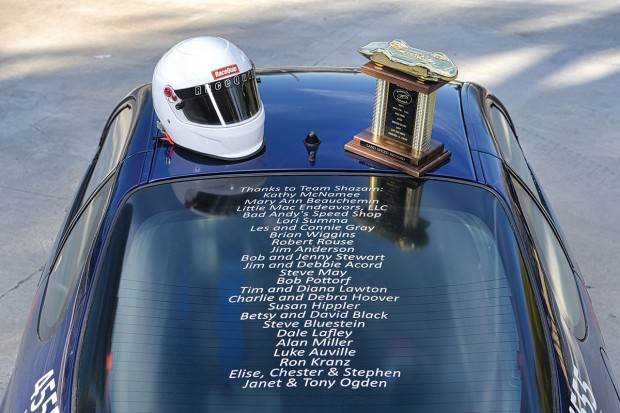