Since St. Francis doesn’t have a football team yet, volleyball has become the most popular fall sport to watch. Students love to attend the games and cheer on the teams. Volleyball has touched everyone at St. Francis thanks to Coach Gray. Loure Dew-Gray has been coaching at St. Francis since the founding freshmen were sophomores. She has overcome jaw cancer in the past and is one of the strongest people in our school.

Before the team’s first game, Loure Dew-Gray’s cancer came back. She decided she didn’t want that to stop her from doing what she loves most. Coach Grey continued to coach through treatments and pushed her surgery date back to after the last game.

As the season ended, the team wanted to honor and thank their coach for sticking by them even in between treatments. So, for the last two games, the team wore zebra print ribbons in their hair and got the spectators to pin ribbons on their shirts. The zebra print ribbon represents rare disease and cancer fighters.

“Considering all that Coach Gray has going on in her personal life, for her to still prioritize us and come to practice every day was so selfless of her,” says senior Ty Minter, libero of the volleyball team. “She is honestly like a mom to all of us.” Coach Gray’s heart melted when she came into the gym and saw zebra ribbons everywhere across the court.

The girls played against Kinkaid that night, and while they didn’t win, the only important thing was they showed their coach their appreciation. They look up to her so much and are so grateful for the time they spend with her.

“Coach Gray means the world to me. She is there for me anytime I need it on or off the court,” says team captain Kate Spinelli. “She gives the best advice to help you improve your game mentally and skillfully. Coach Gray is the most loving and best coach in the world.”

The team will continue to support their coach as she undergoes surgery in the coming months. St. Francis is so grateful for their coaches and for all they have sacrificed. The community has been going through so much right now and finding joy in the little things matters so much. The happiness the school found in volleyball has helped ease the pain of the past month. We are thankful for our staff, and all they bring to the school. 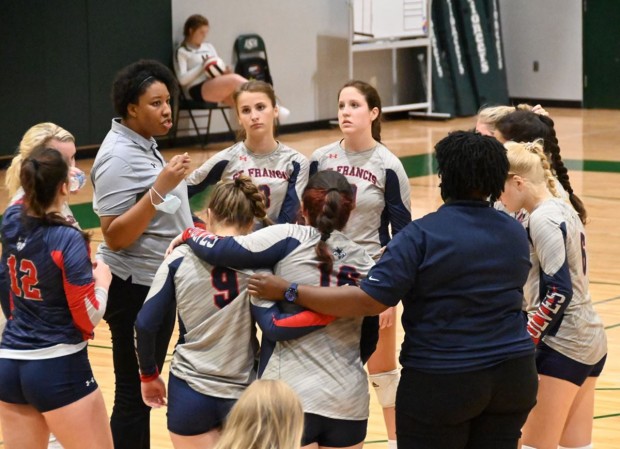 Coach Gray calls a timeout to instruct the team at the Lutheran South game. 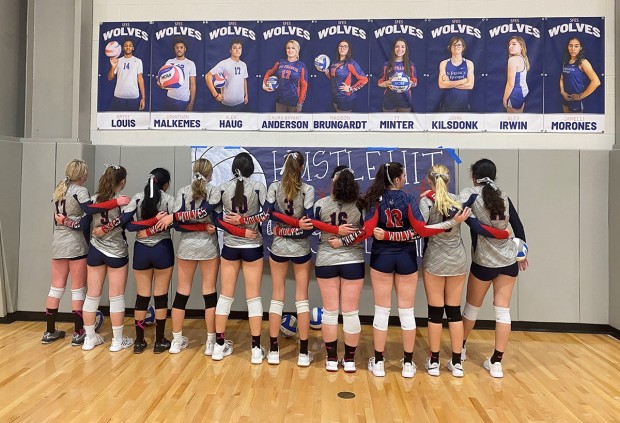 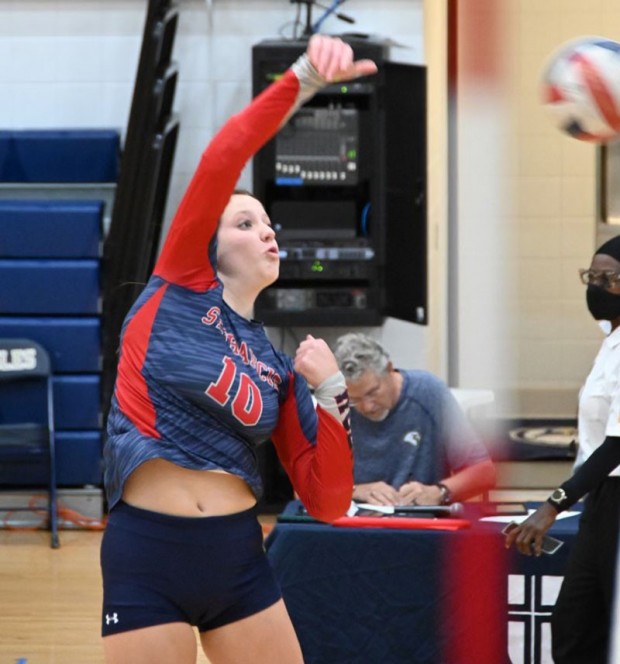 Kate Spinelli gets a kill during the Second Baptist game.